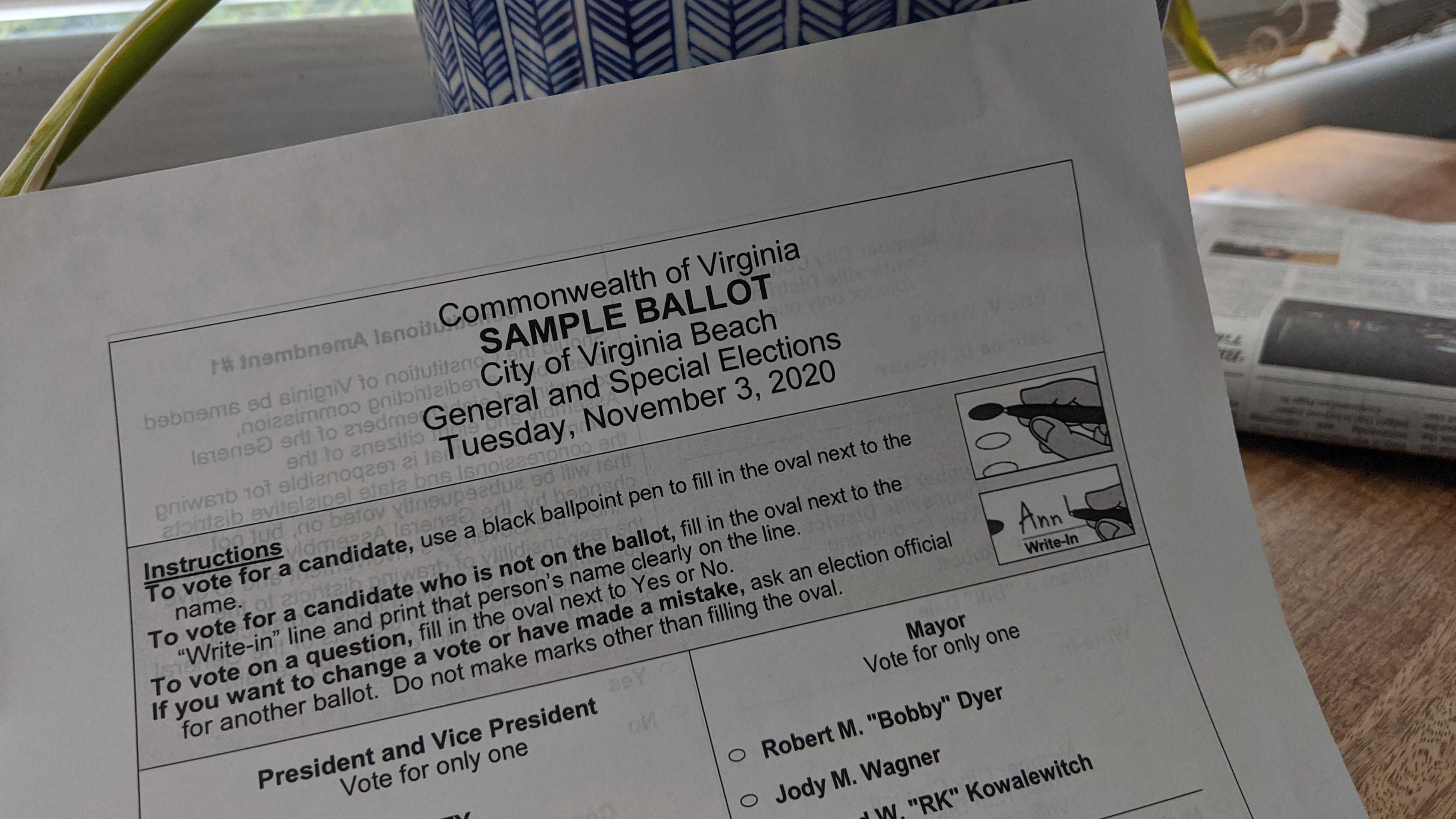 Photo by Rebecca Feldhaus Adams, WHRO. Voters in Virginia are not required to have a witness to their mail-in ballot. But, voters do have to provide their own signature.

We received two questions from listeners about signatures on ballots. The first came from Rowena Finn in Virginia Beach:

Can my husband and I witness each other's absentee ballots?

Yes, anyone who is not your employer can serve as your witness.

But now, Virginia voters do not need a witness signature on their ballot.

That's after the Virginia General Assembly passed laws removing the long-standing requirement. A lawsuit brought on by the League of Women Voters of Virginia against the Virginia State Board of Elections also ended in an agreement that waives the ballot witness requirement.

The second question came from Jan.

I keep hearing Absentee ballots have to match signature on file. How do I know what my on file signature is? I registered decades ago.

Norfolk Electoral Board Chairman, Mike Ziegenfuss, said the signature should match what’s on file with the DMV.

Historically, it’s unlikely a signature will be challenged -- unless there are complications in a recount.

Ziegenfuss isn’t as worried about signatures as he is about getting voters to be patient. People tracking their mail-in ballots might have to wait longer than they expect.

When a ballot is received, a clerk has to make sure it’s legitimate and manually enter the information.

“It's not like a checkout counter, where they go, ding, ding, ding, ding, and everything's done,” Ziegenfuss said. “They have to do several steps to make sure that you didn't vote in person, that it's an absentee ballot that has never been voted.”

Once a ballot is delivered, it can take four days or so to be checked in.