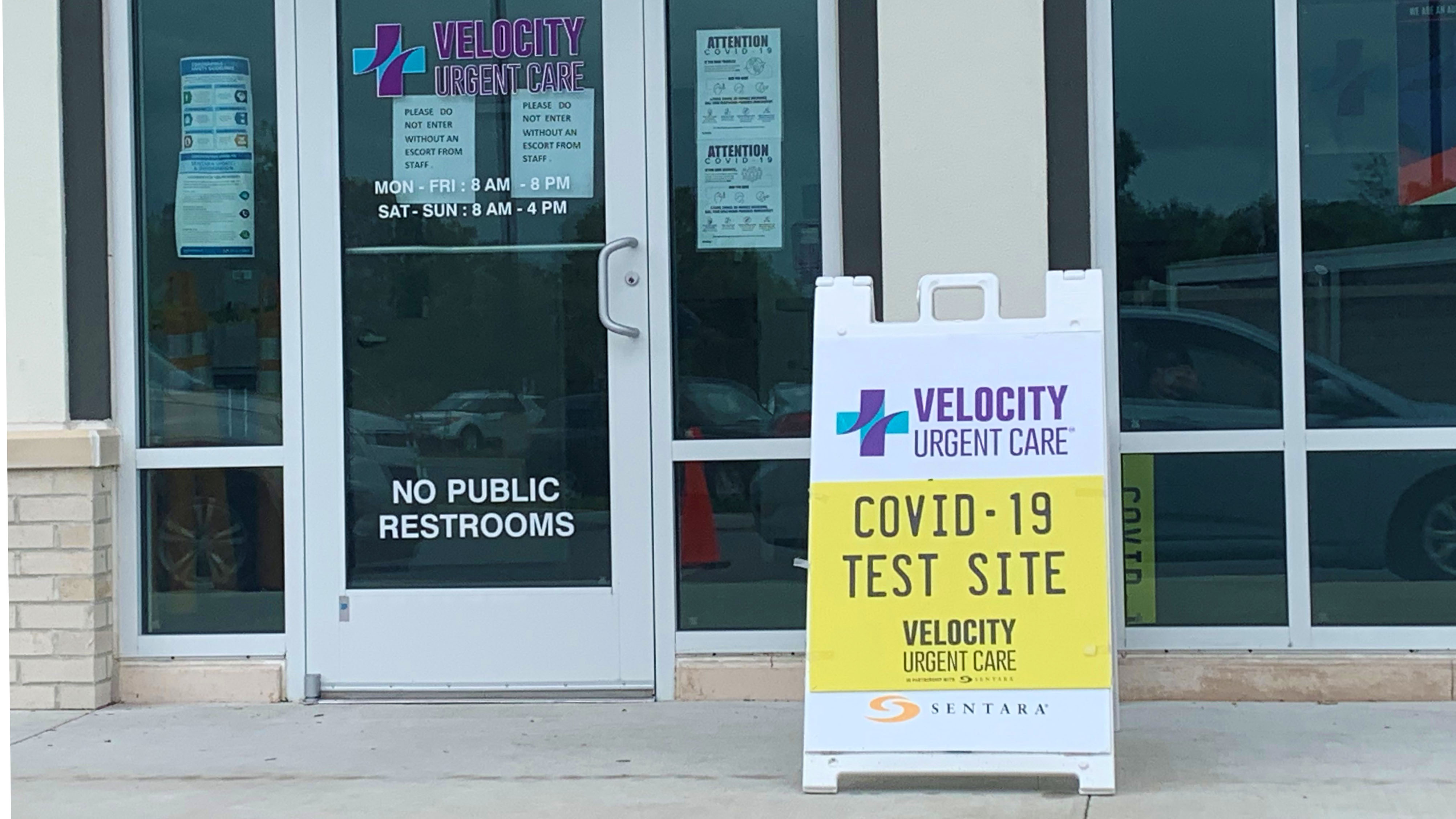 Photo by Mechelle Hankerson. Velocity Urgent Care is one of dozens of places people can get tested for COVID-19. Some places, like Velocity, can also test for antibodies.

Reporter's Notebook: What It’s Like Getting Tested For COVID-19

This started because my younger sister, Arielle Hankerson, is convinced she had COVID-19 late last year.

It's plausible. She traveled to Vietnam, Honduras and Mexico all within about two months. She got home mid-December with a persistent, loud cough. She slept more than she was awake.

“I honestly thought it was bronchitis or a low-grade flu,” she said.

I took Arielle to urgent care in January. Her cough was becoming not just worrisome, but annoying. (Our mom will back me up on that).

The doctor did a chest X-ray, but didn't see anything wrong with her. He prescribed her an inhaler, and she went home to sleep it off. She was never tested for COVID-19, because at that point, it wasn't an issue in the United States.

The virus has killed more than 83,000 people in the U.S, according to the Centers for Disease Control and Prevention. It's forced many states, including Virginia, to implement strict business regulations and stay-at-home orders to control the spread.

Since COVID-19 can be mild or cause no symptoms in some people, state officials have said increased testing is key to lifting some of those restrictions.

But Virginia is also testing fewer people than other states.

According to the Kaiser Family Foundation, Virginia has tested about 19.5 people out of every 1,000. Only Maine, Arizona and Idaho have a smaller per capita testing rate.

The state government reports it has performed 176,681 tests for current COVID-19 infections. It was previously including antibody tests and viral tests in the total reported testing data.

Testing is offered at dozens of places across the state. Some can only determine if someone currently has the virus. Other places can test to see if someone had it in the past by identifying antibodies.

The testing experience is likely to be wildly different depending on where and when people go, and if they’re considered high risk.

A Long Wait For A Quick Test

When Velocity Urgent Care sent a press release in late April saying they had regular tests to identify a current COVID-19 infection and antibody testing, I convinced Arielle she should go.

Our family would know if she was really sick or milking it for pity. Plus, Arielle could potentially donate plasma for a cure, which I know would appeal to her humanitarian spirit.

"I love to donate blood," she told me in the car. "When I turned 16, that’s what I wanted to do. Anytime there was a blood drive, count me in, I’m there."

Since we've been quarantined together anyway, I would go with her for support.

We lined up in an empty parking lot and waited for about 30 minutes before a masked employee came to the car window.

Turns out, Arielle couldn't do the antibody test there, and we would have to go to a different location. They could, however, still see if I currently have COVID-19. So we stayed and waited.

When it was my turn, it was a quick process.

I walked into the urgent care, sat in a room, a doctor took my vitals and gave me the option to get a swab in the back of my throat or up my nose. I opted for my nose.

The doctor stuck a long cotton swab further in my nasal cavity than I thought possible. It tickled somewhere that can best be described as inside my face. It made my eyes water but took less than a minute. The doctor said it was a good sample and noted one of my nostrils was a little smaller than the other.

When I went back to my car, I asked Arielle if she wanted to go to the other location to get an antibody test. Based on online wait times, it would take at least another two hours.

I had work to do, and Arielle claimed she would pass out if she didn’t get a snack, so we called it a day.

Three days later, I got my test results back: Negative.