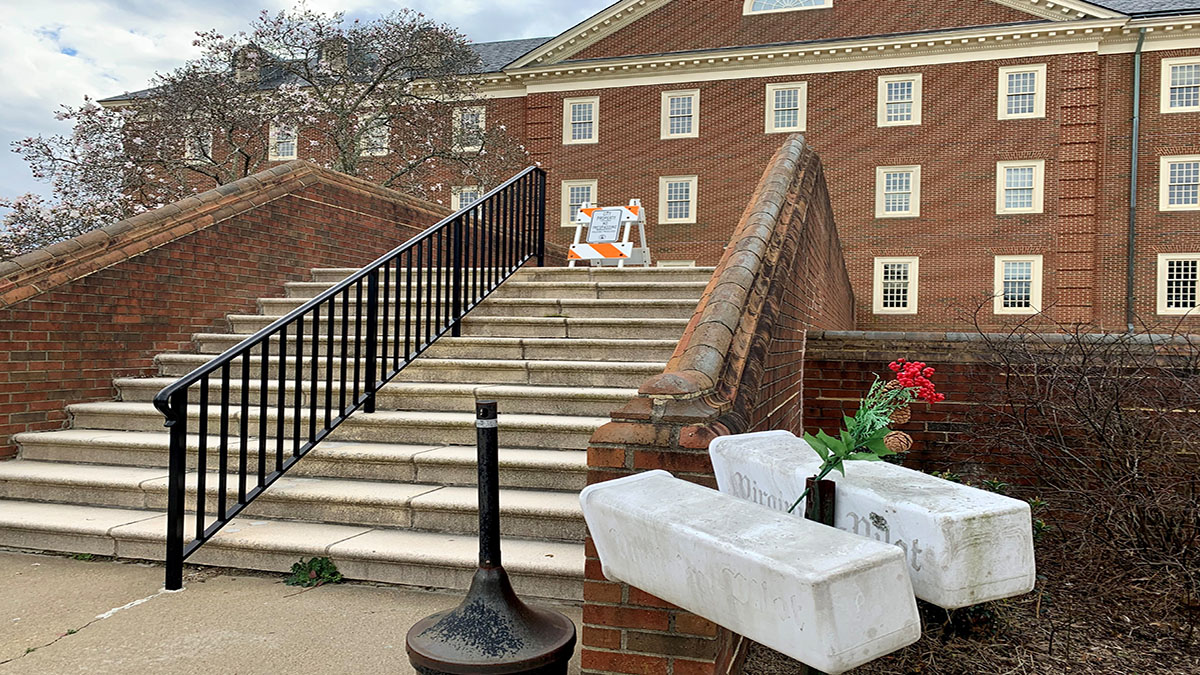 Photo by Mechelle Hankerson. Most of Virginia Beach's memorial events related to last year's mass shooting will not take place at Building 2, where it happened.

This month marks one year since 12 people were killed and four were injured when a gunman opened fire in a city building.

The city is “of course” still planning an event to mark the day, said city spokesperson Julie Hill.

But it will look different in order to comply with state orders related to COVID-19.

May 31, the day of the shooting, is before Gov. Ralph Northam’s stay-at-home order is scheduled to expire.

In an email to city employees, interim City Manager Tom Leahy laid out some details of what the city has planned.

“These updated plans are still taking shape, but they will retain the essential goals established with guidance from employees and family members through surveys, meetings and discussions: to design a variety of opportunities for people to remember and reflect and to create sustainable ways to honor the lives of the victims beyond a few official ceremonies,” Leahy wrote.

The city will create displays at the Municipal Center starting the Friday before May 31. City employees will only work part of the day, and there will be a moment of silence.

Officials will encourage residents and business owners to hang white and blue lights on their property and showcase arrangements featuring forget-me-not flowers – a symbol officials adopted as part of the memorial theme.

On May 31, there will be a virtual ceremony, Leahy wrote. Special plans to honor the victims of the shooting will be announced.

Leading up to the weekend of events, the VB Strong Center will continue to offer services for smaller groups or individuals, said Rosanne Foggin, the center’s director.

The center, created with the help of Sentara Healthcare, opened after the shooting to help people navigate mental health resources and access victim services. In April, the center moved some activities online, like Zumba for kids, yoga and informational sessions about trauma and anxiety.

“It’s allowed people who previously couldn’t … to participate where they couldn’t before,” she said. “We are a strong community regardless of our ability to be physically together."

So even though any remembrance events will be virtual, Foggin said it’s still effective and serves a purpose.

Each person deals with trauma differently, but taking away an opportunity to be physically with other people can be stressful, said Laura Wilson, a psychology professor at the University of Mary Washington in Fredericksburg.

Wilson is from Portsmouth, but had no personal ties to the Virginia Beach shooting. She studies the impact of trauma and has looked specifically at how big events, like mass shootings or natural disasters, impact people and communities.

Wilson said changing or canceling events might feel especially difficult because it’s caused by another major stressor, a pandemic.

“As you start to put additional stressors on people that are already struggling, that’s only going to further impact their mental health issues,” she said.

Memorial and remembrance events can help people recover from mass trauma, or any traumatic event, because they provide connection for people who experienced it, Wilson said.

They can also create meaning around a loss – like someone planning their own memorial event or helping with one. Having to change those events can derail recovery, Wilson said.

Events to mark one year since the shooting may go on, but there are other changes the city wanted to make that are on hold because finances have changed during the COVID-19 outbreak.

Virginia Beach anticipates losing $67 million in revenue – mostly from lower restaurant and hotel taxes – so city staff decided on several things to make up for that: No pay raises for city employees, reducing the scope and price of some previously approved projects and deferring or scrapping new initiatives.

Leahy proposed deferring $2.5 million worth of security updates, including a 24-hour monitoring system and emergency alert buttons. Those were recommendations made after the shooting by an independent consulting firm.

City leaders promised employees who worked in Building 2 at the time of the shooting they wouldn’t have to return to the building. Reconstruction of the building, which was scheduled for several years later, was moved up to begin this summer.

Funding for it is still possible with the help of bonds.