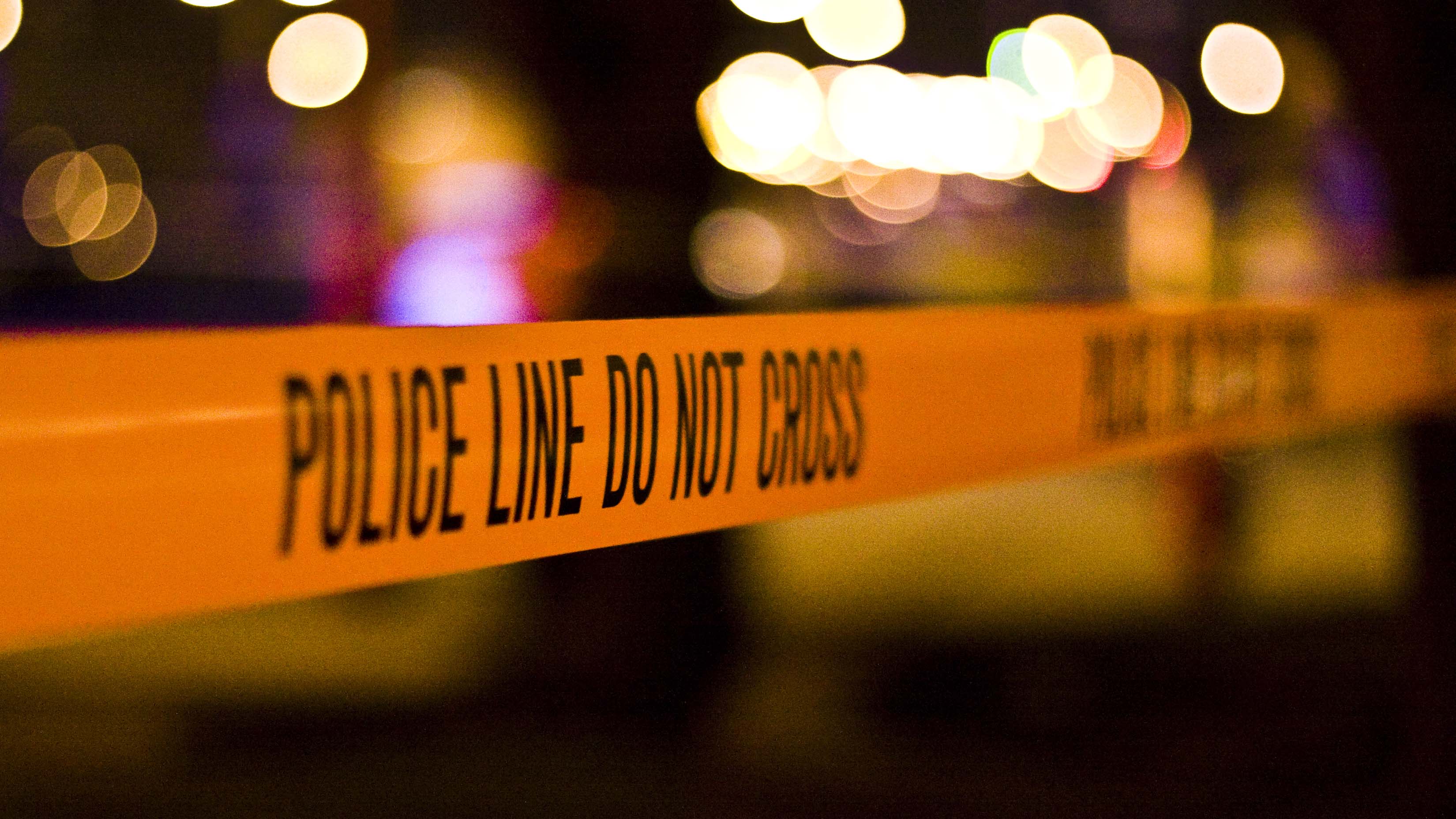 Photo by Tony Webster/Flikr. The coronavirus outbreak is having a mixed impact on crime in Hampton Roads.

Shootings Continue, Other Crimes Down Amid Coronavirus Outbreak

In late March, an 18-year-old man was shot and killed in Norfolk, according to a police department spokesman.

In Newport News about two weeks ago, two women began arguing with a man on the street outside a storefront. He pulled out a gun and shot both of them. They survived.

Last Friday night, a 23-year-old man died from a shooting in the city. More gunshots that evening left two other men in Newport News with bullet wounds, according to the city's police department.

While the coronavirus outbreak continues to keep hundreds of thousands of Hampton Roads residents at home, yellow police tape is still in use. Police departments across the region say some types of crime, like home break-ins, are down. But gun violence continues.

“Our shootings this year compared to last year — we’re up two or three,” Newport News Police Chief Steve Drew said in an interview.

In Norfolk, police department spokesman William Pickering Jr. said total shootings have been up in March and April compared to the same period last year.

Gun violence has also occurred in Virginia Beach and Hampton since Gov. Ralph Northam issued a stay-at-home order on March 30. Recent shootings in both cities have left two 20-year-old men dead, according to the city's police departments.

Gun violence in recent years in Norfolk and Newport News is on a downward trend. But Drew said shootings continue to stem from gang violence, burglaries and random arguments between people.

“Unfortunately those things may not be impacted by a pandemic,” Pickering Jr. said. 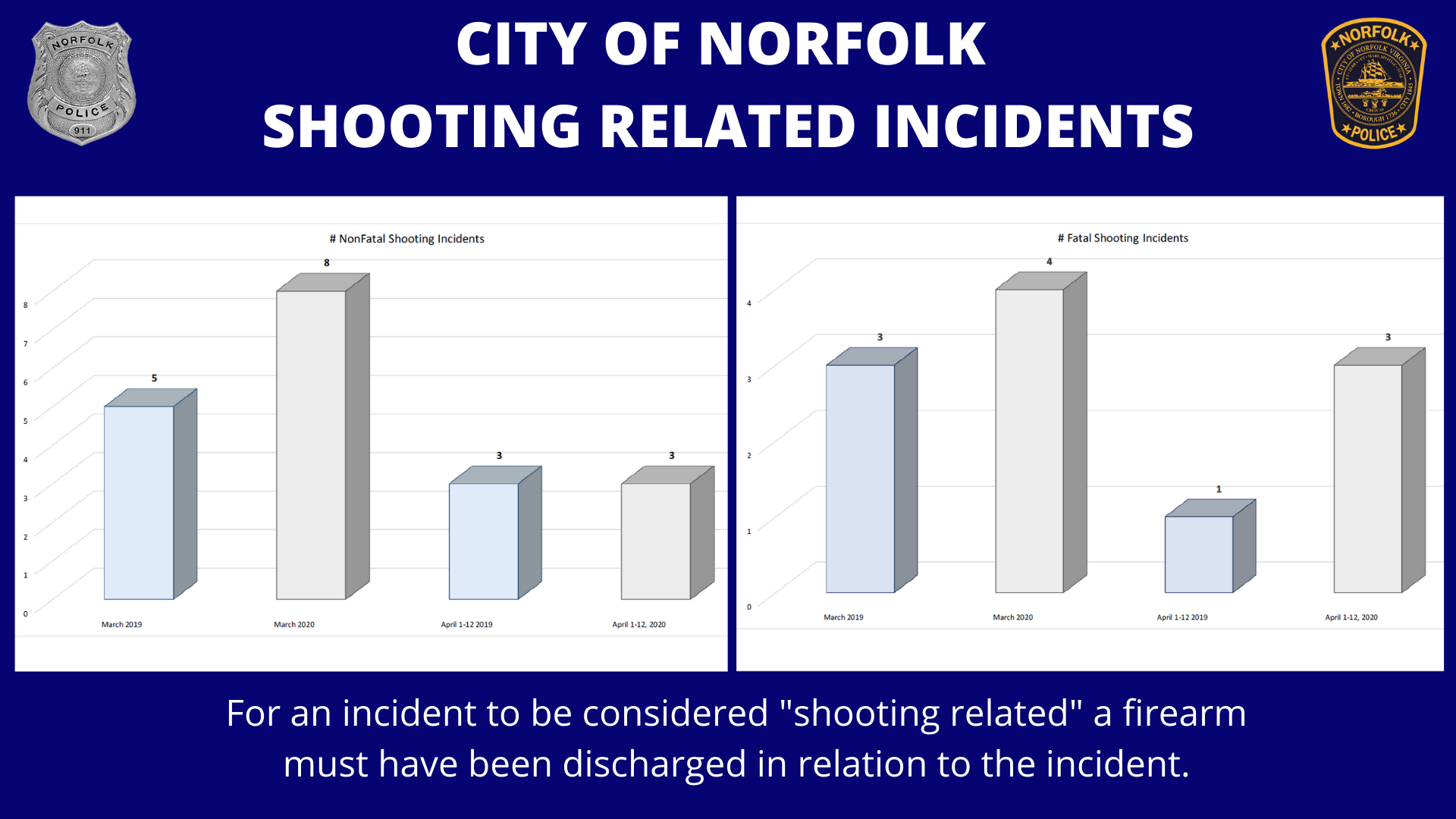 Lori Haas is a senior director of advocacy for the Coalition to Stop Gun Violence and works with grassroots efforts to prevent gun violence in Virginia. She said she’s not surprised shootings have continued amid the pandemic.

The root of many shootings is in socioeconomic inequities, she said. The coronavirus does not change the reality that many people live in disadvantaged neighborhoods.

“Disparities in housing. Disparities in education. More exposure, more risk of gun violence,” she said. “Mitigating these risk factors is absolutely necessary to do more.”

Haas added it doesn’t help that guns remain widely available for people in Virginia. She praised the Virginia General Assembly for recently passing new gun regulations including expanded background checks and a limit on handgun purchases per month.

Despite the continuing shootings, nok Hampton Roads police departments have noticed changes in other types of crime now that so many people are staying home. Car break-ins are up in Newport News, and cities are receiving more calls involving domestic arguments and assault. Home burglaries are also down.

Drew, the Newport News police chief, said his department is trying to be respectful of people amid the stress brought on by the outbreak.

“We still have to enforce the law. But we’re trying to work with people,” he said. “It’s trying to find a balance.”