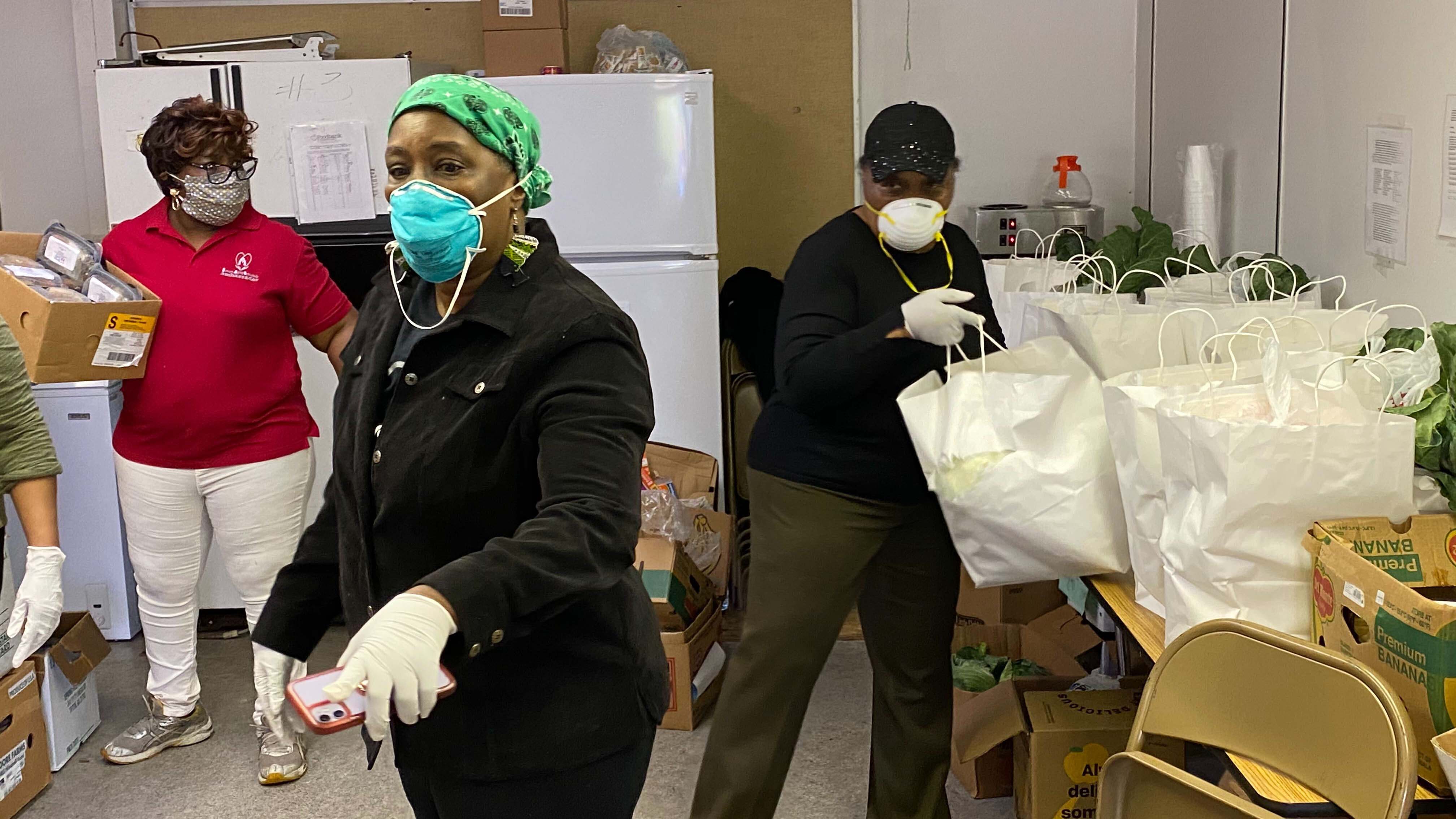 They call themselves the “Southside Gems.”

Every week, about 10 volunteers and community leaders meet at Burning Bush Worship Center in Norfolk where they prepare and bag groceries and meals for more than 600 people.

The team purchases fresh produce from Restaurant Depot and picks up cooked meals from a local food bank. They then drive to apartment complexes, delivering food to people who are unable to buy their own groceries.

Some of the food goes to residents in Chesapeake and Portsmouth. Most of it is for food insecure and elderly people in the Berkley area of Norfolk’s Southside.

“Berkley is a food desert. There are no restaurants over here. There are no grocery stores over here,” said Sarah Peoples Perry, who leads the food donation effort. “So we do what we can.”

The coronavirus outbreak has increased food insecurity among people who have lost their jobs. Around Berkley, fresh food was already difficult to access before the pandemic. Now it’s even harder.

Peoples Perry said many elderly Berkley residents who don't drive usually rely on group transit in vans to the nearest grocery stores more than three miles away. But with social distancing, those rides have stopped.

And because the coronavirus is especially lethal for older people, many residents — like Patricia Lminggio — no longer feel comfortable finding a ride to a supermarket.

Before the outbreak, Lminggio, who has lived in Berkley for 16 years, shopped at a market with her grandchildren. Now the grandkids drop off groceries once a week so she doesn't have to leave her apartment. She also benefits from the donated meals from the Southside Gems.

Peoples Perry, 75, said elderly people would likely go hungry during the outbreak if the volunteers did not bring them food.

“I was born in this area,” she said. “I know it would be difficult to get to the store.” 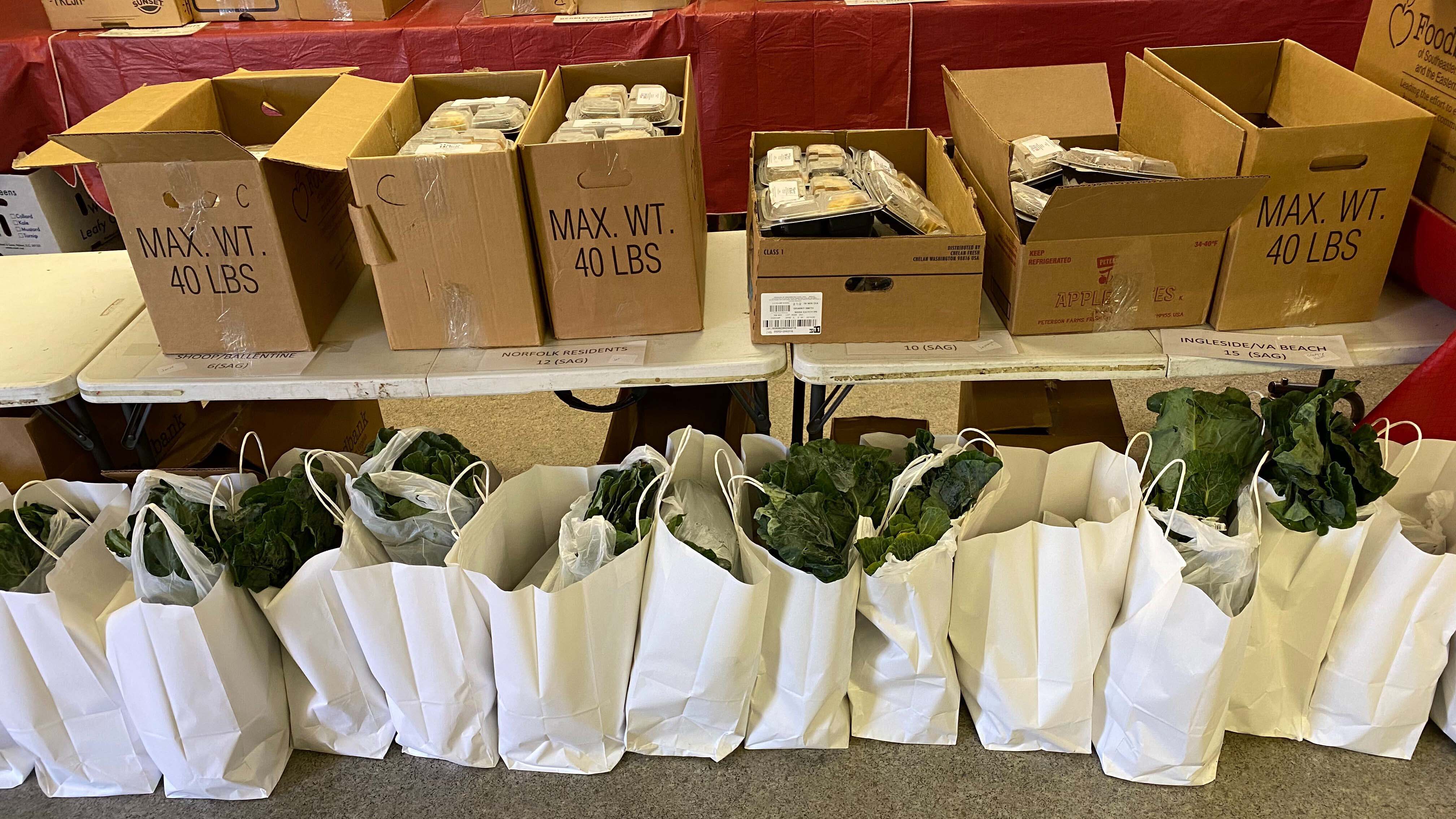 “We make sure they have enough to make soup. To make salads. We give them as much as we can that would take them through that week,” she said.

Research has shown that food deserts can increase hunger and also lead to higher rates of diabetes, obesity and cardiovascular disease. When people lack access to fresh produce and cooked meals, they may eat less nutritious processed food from a nearby convenience store.

Berkley used to have a Farm Fresh supermarket until it closed in 2018. The City of Norfolk has since allocated $550,000 in its 2020 budget to lure another store to the area. But a city spokeswoman says there are still no plans for a new market to open in Berkley.

Peoples Perry and Lminggio said that must change as soon as possible.

“It’s terrible,” Lminggio said. “We only have a Family Dollar here. That’s it.”