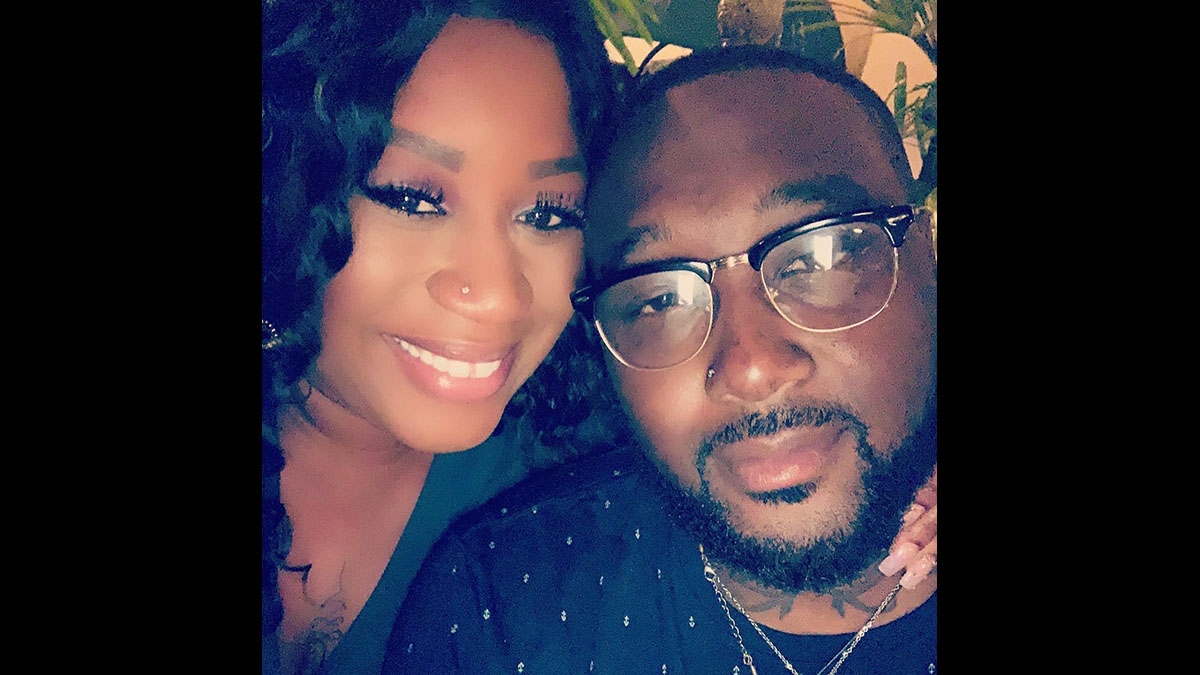 Jazmine Smith was preparing for her life with her long-distance fiance, Thomas Fields.

Their wedding planning and the life they were looking forward to was cut short last month. Fields died March 30 from complications related to COVID-19. He was 32 years old.

Fields lived in Detroit, one of the cities health officials consider a hot spot for coronavirus infections. There are more than 25,000 COVID-19 cases in all of Michigan; 11,000 of those are in Wayne County, where Detroit is.

Almost half of all COVID-related deaths in Michigan are in Wayne County.

“I try to comfort myself by saying this is not just happening to me, and people all across the world are being affected by this virus,” Smith said. “The news told us you have to be old and sick and almost dying to die from this virus, and he was young and super healthy.”

"Because of Thomas, I started to have confidence"

Like most modern love stories, Smith and Fields' began online.

Smith, who works at the YWCA, interacts with lots of people on Facebook. She met Fields at an in-person networking event. Then they started talking in the comments. Jazmine knew he was special.

“He would comment on almost everything,” Smith said. “If I posted a picture, and he liked it and it was of myself, he told me things like ‘You look like cocoa butter and dreams,’ ‘Look at all that melanin.’ He would always say very respectful things.”

Fields was a Navy veteran who worked at a Detroit middle school as a school culture facilitator helping students handle conflict. He was also passionate about food and nutrition; he ran an Instagram account where he shared tips on healthy living.

Even though he was in Detroit, he and Smith started a relationship.

Fields was tall and covered in tattoos. They were all for his mom, reflected ancient African history or related to his beloved college fraternity, Kappa Alpha Psi.

They made up for the distance by constantly texting and using Facetime to see each other. They never went more than a few hours without talking to each other, Smith said, and would stay on video chats with each other while they slept at night.

"There were no secrets,” she said. “He shared everything with me. We could communicate with each other; there was no judgment. He was so helpful, he never let me lift a finger. He did all of the things that, traditionally, you would like for a man to do: Open doors, carry the trash, carry the bags while I’m shopping, pay for everything.”

The couple liked to travel together. In November, they went to the Dominican Republic.

There, they climbed steep mountains to see waterfalls. In some cases, there was only one way down the mountain: Jumping. Smith was terrified.

“He was laughing the whole time, but he was encouraging me,” Smith said. “Because of Thomas, I started to have confidence. That’s when I say we completely bonded.”

When the pair left the mountains, they got lost on their way back to their hotel. Their phones died, and they didn’t know enough Spanish to ask for directions, so they drove around roads that looked familiar. They eventually made it back to their hotel.

"He had so many things that he wanted to do"

After their engagement in the Dominican Republic, Smith and Fields started planning their wedding.

In mid-March, the couple was working on the guest list.

While stomach symptoms weren't thought to be a symptom of COVID-19, there is emerging evidence that it's present in fewer than 10% of people who get the illness, according to the Centers for Disease Control and Prevention.

About one in three people who have to be hospitalized for COVID-19 are black, highlighting longstanding health disparities. COVID-19 appears to be more dangerous to people with underlying conditions, including black people, who have higher rates of diabetes, hypertension and other chronic conditions that come from a history of inadequate health care access.

Fields had Type 1 diabetes, which is considered an autoimmune disease.

Smith was in Detroit when she and Fields started to feel sick. Even though Detroit has seen a higher-than-average number of COVID-19 cases and deaths, it didn't cross their minds. They had digestive symptoms, and they didn’t think that was a common symptom of the illness.

She begged Fields to go to the hospital, but he insisted he would be fine. She left at the end of weekend to get home to start the week on Monday.

By Tuesday, she noticed it was taking longer than usual for Fields to respond to her messages.

And it just said 'delivered'. He didn’t read it."

On Wednesday night, Fields' mother told Smith he was heading to the hospital. He was there for five days, where he tested positive for the coronavirus.

"I keep finding myself sad. Then when I start to think about him, I get so happy, and then I get angry, and then I get sad again, and I get mad at myself because I’m angry and it’s like, 'Why are you angry?'" Smith said.

She wasn’t there when her fiance died. She spent the first week after his death in bed, not eating and not speaking to anyone, she said.

Last week, Smith went to Detroit for his funeral.

She plans to finish that project for him.

“It's going to be released,” Smith said. “You better believe that I'm going to make sure that it is.”