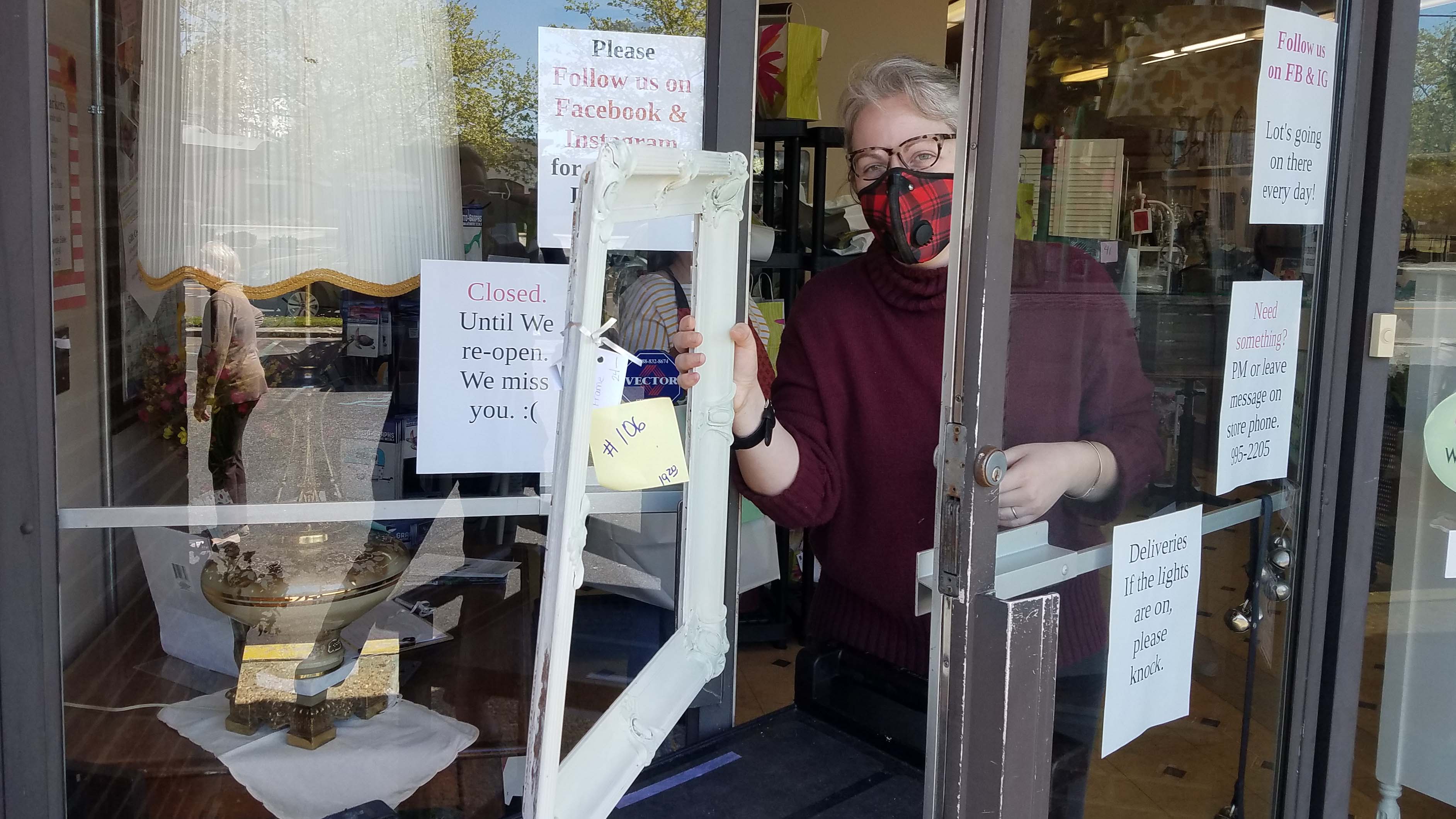 Photo by Gina Gambony/WHRO. Mrs. Pinkadot in Norfolk is closed to walk-in shoppers, but items purchased online can be picked up outside. Erin DuPrey, a vendor at the store, wears a mask as she hands a frame to a customer.

Editor's note: WHRO will be checking in with various people across Hampton Roads throughout the coronavirus outbreak.

She says she’s doing a lot of things to avoid putting all her eggs in one basket.

“We're all taking advantage of this time to do all those things we've been talking about doing just to generate different revenue streams,” she said.

When WHRO initially checked in with Wilkening, she had just decided to close her store to the public. While she had hosted some Facebook Live sales before, she decided to go full bore into it, holding her spring sale — her biggest of the year — online.

It went well, all things considered, and Wilkening has continued to engage customers with large weekly sales online. She’s enhanced online purchase options with a Facebook shopping cart. She’s expanding to Instagram and will tackle the store’s website next.

Wilkening was quick to close her doors for walk-in shoppers as the coronavirus spread. When people buy online from Mrs. Pinkadot, items can be shipped or picked up on the sidewalk in front of the shop.

The store is really a collection of dozens of small business owners. Wilkening manages thirty individual vendors who sell things there, plus numerous consigners. She wants to keep everyone at least breaking even through this crisis. 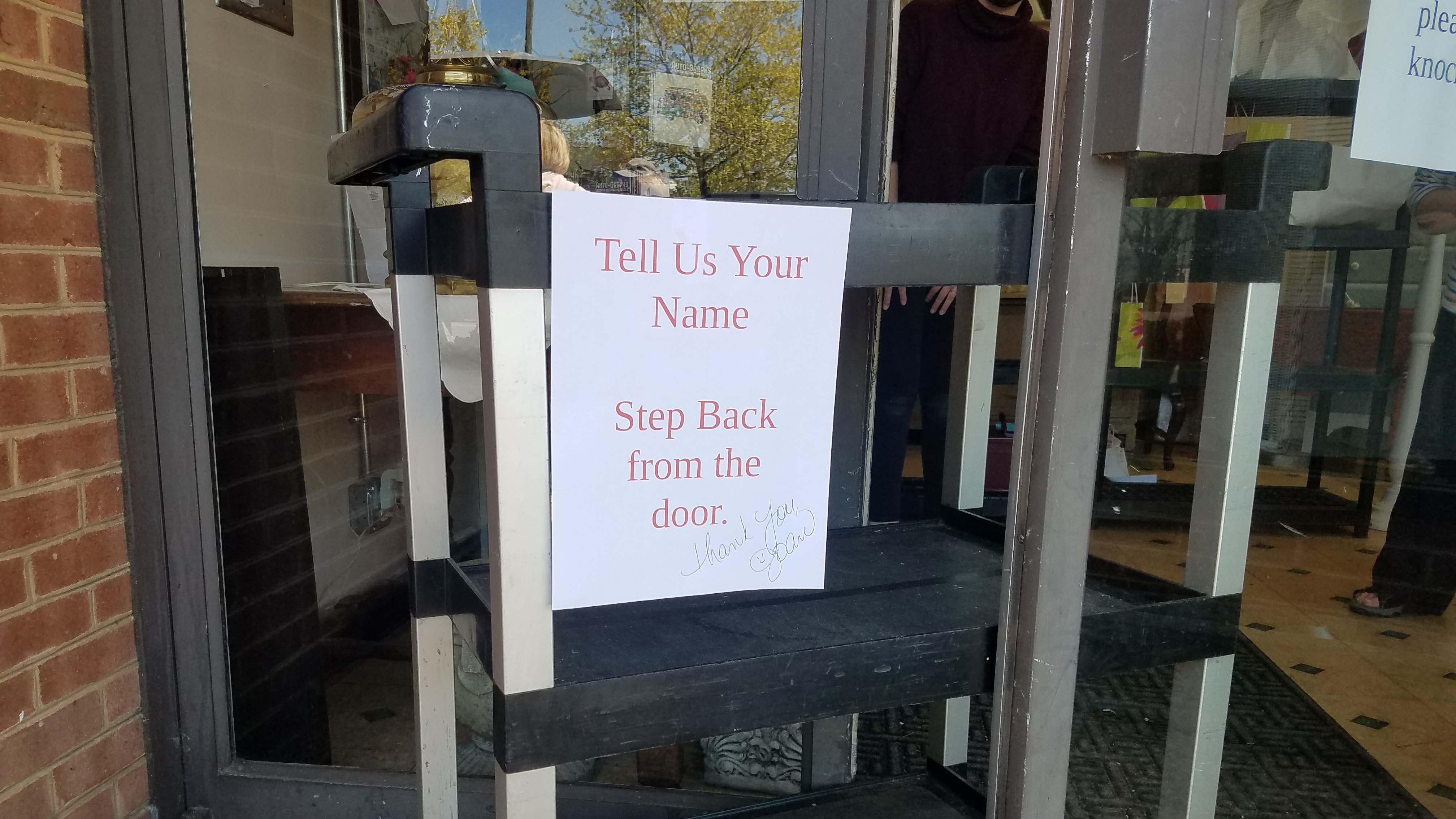 But she recently faced an ethical dilemma. Should she be selling anything at all right now?

“I really struggled with trying to decide what is the right thing to do,” she said. “Even though no one's coming in the store, I felt I was contributing to people being out of their homes.”

She said it’s irresponsible for retail stores to stay open right now. But she hopes she doesn’t have to go to the other extreme — locking the door and walking away.

Shoppers have said they enjoy the distraction of the online sales, which are part shopping and part entertainment, including trivia questions throughout.

In the end, Wilkening decided she feels okay to keep doing the sales, as long she keeps her customers out of the space and an adequate distance from each other when they pick up goods.

Online sales are keeping the lights on, but Wilkening says income was down 80% in March. She expects April will be even tougher.