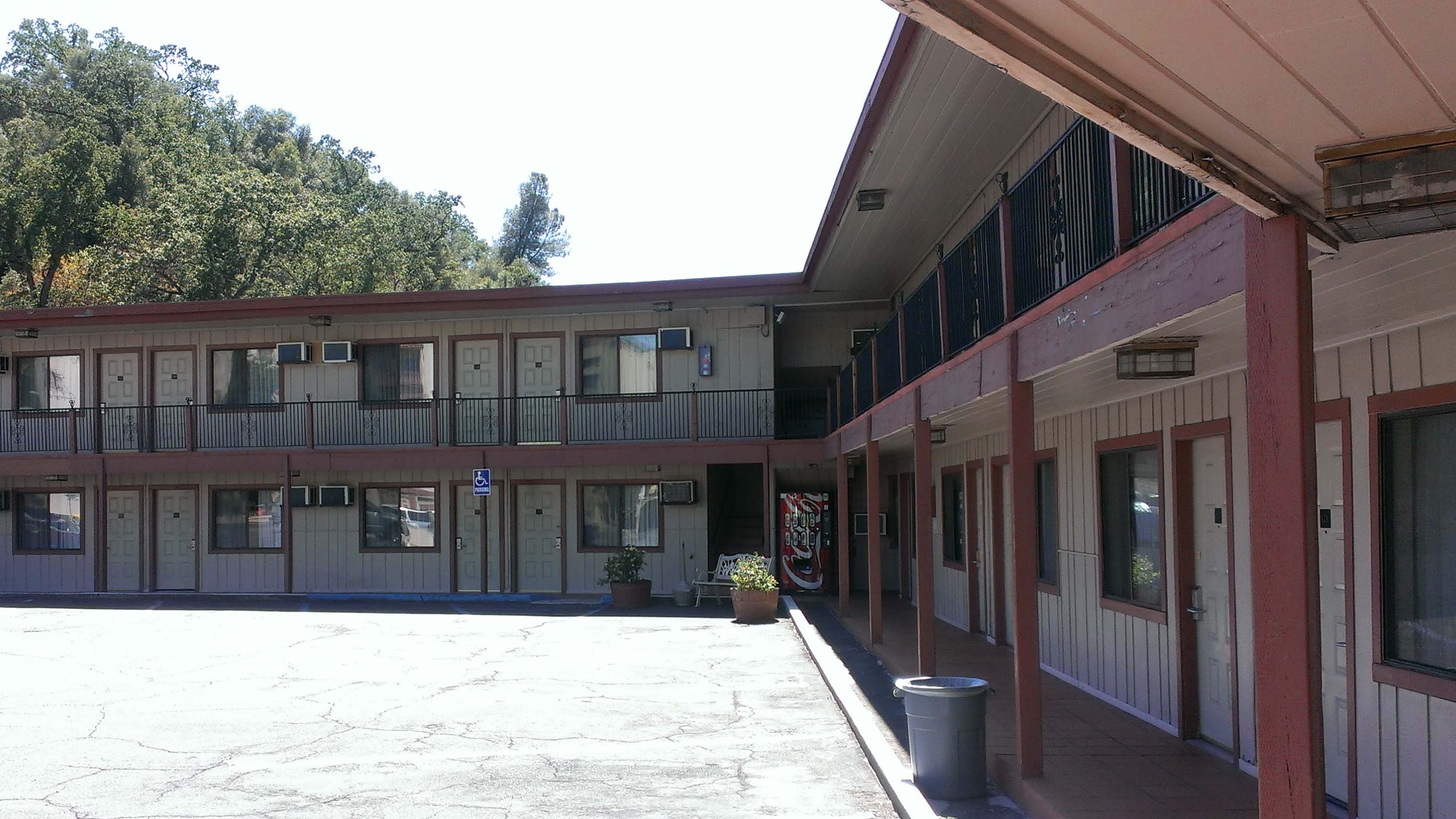 Photo courtesy of Ka!zen, Flickr. People living in a hotel for more than 90 days are considered a tenant, so they currently have protections against evictions. Anyone in a hotel for less than 91 days has no such protection.

People Living In Hotels Fear Homelessness Because Of The Coronavirus

Markeeda Jones wakes up nearly every morning unsure if she will have to sleep outside the next day.

About a month ago, Jones, three of her teenage sons and her disabled mother began living at an Econo Lodge near Norfolk International Airport. Jones planned to stay there until she found a new apartment.

Then the private school where she works as a janitor closed because of the coronavirus. Now, she’s not working and can no longer afford to stay at the hotel. She spends each day asking churches and non-profit organizations for money to help pay for her room.

“Every day, you got it on your mind what you going to do for the next day,” Jones, 37, said. “I haven’t had a good sleep since this coronavirus hit.”

As the COVID-19 pandemic continues to hurt people’s finances, residents living in hotels or motels are increasingly at risk of becoming homeless. Many of them have been laid off, but room payments are still due.

WHRO has previously reported that the Supreme Court of Virginia has put a moratorium on eviction court cases until at least April 26. That means landlords currently cannot evict their tenants.

State law identifies people living in hotels for more than 90 consecutive days as tenants. Therefore, they are also currently protected from evictions. However, anyone living in a hotel for fewer than 91 days has no protections.

“It’s a bad policy for us to be kicking someone out just because they are living in something that is a hotel instead of an apartment building,” said Christine Marra, the director of housing advocacy at the Virginia Poverty Law Center.

Marra said the 90-day rule is arbitrary and the protection should cover anyone living in a hotel or motel, regardless of the time period.

She said the law used to address hotel or motel stays of 30 days. However when the Virginia Housing Commission tried to change the rule in 2012, a resulting compromise was the current law, she said.

“I made a mistake," Marra said. "I didn’t realize how bad a policy this was when I was part of the team that negotiated it. The compromise that we reached is now creating homelessness unnecessarily in the middle of a public health crisis.”

WHRO asked Pam Kestner, the deputy director of housing at the Virginia Department of Housing and Community Development, if the state is doing anything to help people living in hotels. She said local homeless organizations receive funding to help deal with problems involving homelessness. She said hotel residents seem to be missing out on the funding and housing coverage and that she will seek more information about the problem.

Multiple Hampton Roads residents who have been living in hotels or motels for fewer than 91 days said they are close to becoming homeless. And they are struggling to find other shelter options.

Ashlie Williams, her boyfriend and three children — including a seven-month-old daughter — moved into a Motel 6 in Norfolk about two months ago after leaving their apartment because of rat and roach infestations. They planned on staying at the motel while they searched for an apartment.

Then Williams, 28, was laid off her job at a Subway restaurant, and her boyfriend lost work at a cabinet company. They have not yet received their unemployment benefits and are now struggling to make weekly hotel payments of $300.

“When everything gets ripped from under your feet like that, it’s just crazy,” she said. "We're just stuck right now."

Markeeda Jones is receiving unemployment, but she said much of the money is covering her 17-year-old son’s stay at a mental institution. That leaves Jones with about $50 of income a week when she has to pay $60 a night for the hotel room.

Homeless shelters and Hampton Roads crisis hotline workers have told her there is no availability at shelters because of an uptick in homeless people looking for housing. Some shelters have also closed for social distancing reasons, further limiting shelter availability.

Jones said her only option now is wake up early every morning and begin calling non-profits for money or other assistance. The approach has helped her stay at the hotel for over a week so far. She is afraid it won't continue much longer.

“You never know when you might be able to come across that resource,” Jones said.

Non-profits, such as ForKids Inc. and United Way of South Hampton Roads, accept donations that go toward housing insecure and homeless people.

Editor's Note: Marra initally said people living in hotels or motels for at least 90 days are tenants under Virginia law. She later clarified that people must live in a hotel or motel for more than 90 days to be a tenant.