To Slay In The Age Of Coronavirus 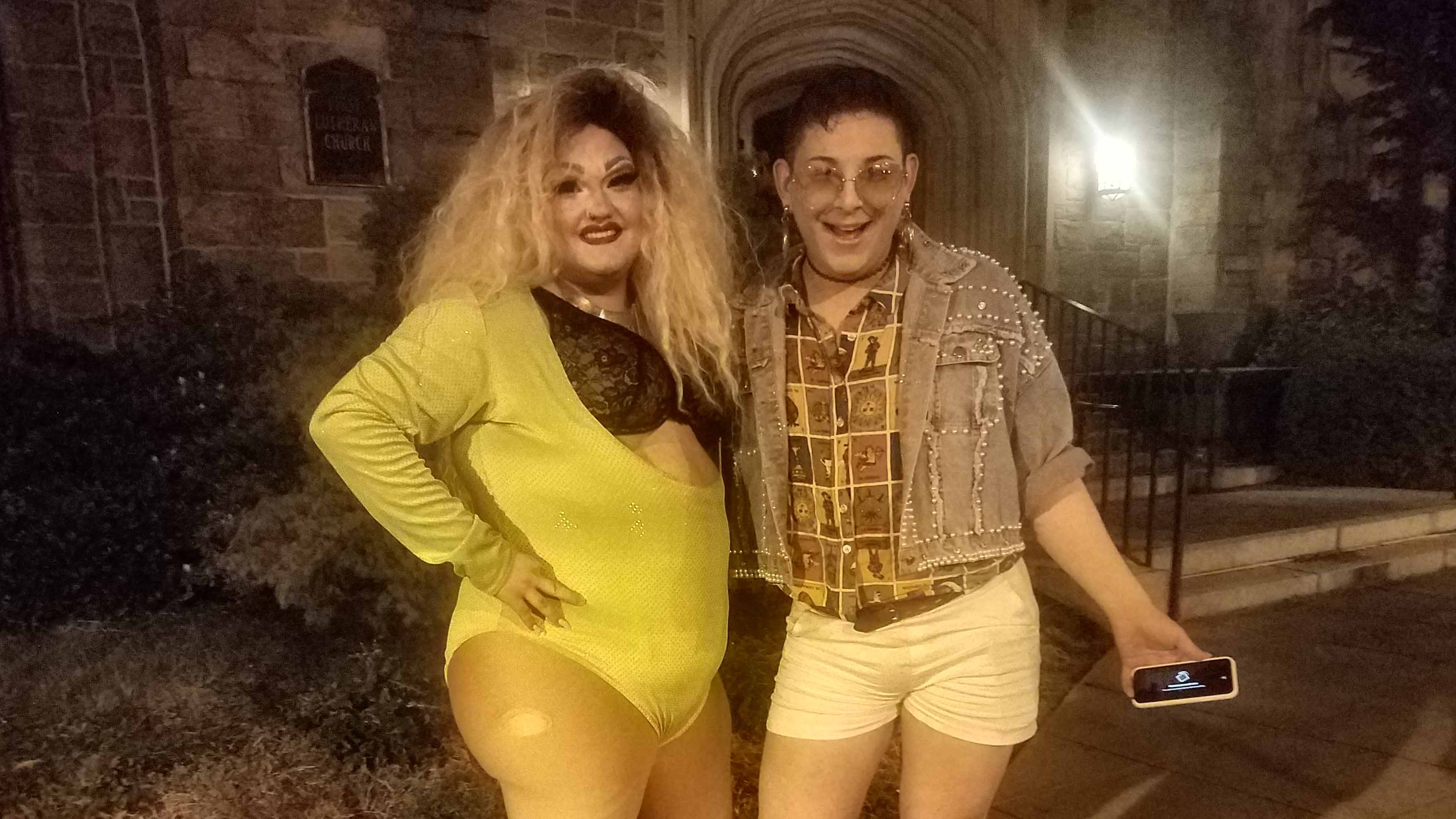 Photo by Gina Gambony, WHRO. Karma D'Bella and Cassie Richards took to the streets last weekend when clubs were closed. Performing is part of who they are. And a pandemic won't stop them from doing so, safely.

WHRV's Gina Gambony shared an unexpected encounter in her neighborhood during the era of isolation.

I was walking home from 7-11 empty-handed (still no toilet paper in stock) when I heard “Star Ships” by Nikki Manaj from at least a block away. A small group of people, one definitely the centerpiece, was coming down Norfolk’s Colley Avenue. Dancing.

Karma D’Bella is the stage name of the star of this impromptu street show. Karma is wearing a neon yellow leotard, a black lacy bra and strappy black heels. Plus a massive, platinum blonde wig. Underneath the false eyelashes lives her other identity: a man named Ryan. A friend was playing music from a cellphone, and another friend was dancing.

I asked Karma what performance means to her. She said it's like transforming from being a caterpillar to being a butterfly.

"You're being yourself in a different way," she said.

The evening started with Ryan transforming, through makeup, into Karma D'Bella on Facebook Live. After putting on make-up for her internet audience, she decided to get dressed.

"And then, I was like, 'We're doing all this! Someone should see this in this world!'" she said.

This time of social isolation is hard on performers who need an audience, including drag queens like Karma.

She normally performs inside nearby clubs, but those are closed for now, along with her day job. She’s got a lot of time on her hands, and a lot of creativity to be expressed.

"Since I do this multiple times a week, and then you go to not doing it at all for two weeks. Sure, you can enjoy the break for a second, but then you kind of realize like, you're missing a part of you."

Karma says neighbors can expect to see her again on Colley Avenue until the clubs open back up. After all, she’s keeping a safe distance from her audience — who are mainly in cars and apartment windows.

Perhaps most importantly, she says she feels that Ghent is a safe place to express herself.