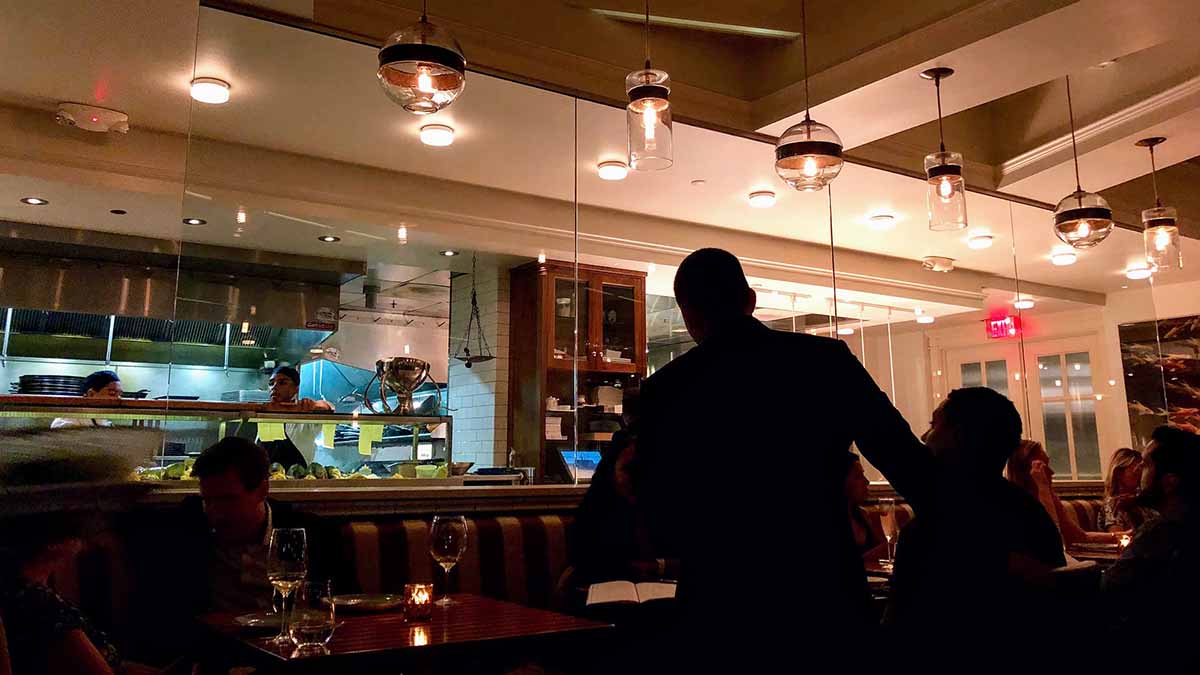 Photo by anokarina, Flickr. While Northam did not order restaurants to close, he says he has the power to enforce the order to limit groups to fewer than 10 people.

New COVID-19 Order Will Have 'Significant Impact' On Restaurants

Gov. Ralph Northam is encouraging people to keep gatherings to 10 or fewer people, a decision that targets places like restaurants, bars, movie theaters, malls and gyms.

The decision was made to help slow the spread of COVID-19, the respiratory disease caused by the coronavirus. It follows the example of at least 18 other governors, who have banned gathering at restaurants.

Northam's announcement was softer and isn't an outright ban. An order from the Commissioner of Health will enforce the limit in restaurants, bars, fitness centers and theaters, said Northam's spokesperson, Alena Yarmosky. The order will last for two weeks, and then the state will decide if it needs to continue.

The governor told WHRV host Cathy Lewis the state is prepared to enforce the cap if people disregard the order.

"We do have a means ... if for example, we see a restaurant tonight, it's St. Patrick's Day, they have more than 10 people, we have the availibility to enforce that," Northam said during Tuesday's episode of Hearsay with Cathy Lewis.

"I encourage people to play by the rules, but if they don't, we have a means to deal with that," he said.

Northam encouraged restaurants to continue take-out and delivery service. He acknowledged the change would impact business and peoples' livelihoods.

That's especially true in Hampton Roads, where restaurants and other hospitality businesses are integral to the regional economy.

A 2018 report on the region’s economy by the Hampton Roads Planning District Commission showed the leisure and hospitality industry -- which includes restaurants -- is the third-largest employer here. It was behind health care and professional services like government contracting.

The regional commission estimated about 90,000 people in the area work in the hospitality industry.

Hospitality was also one of local sectors that saw some growth in the last decade, the report found.

Northam said the state has temporarily expanded unemployment benefits for workers impacted by the change and other closures related to COVID-19.