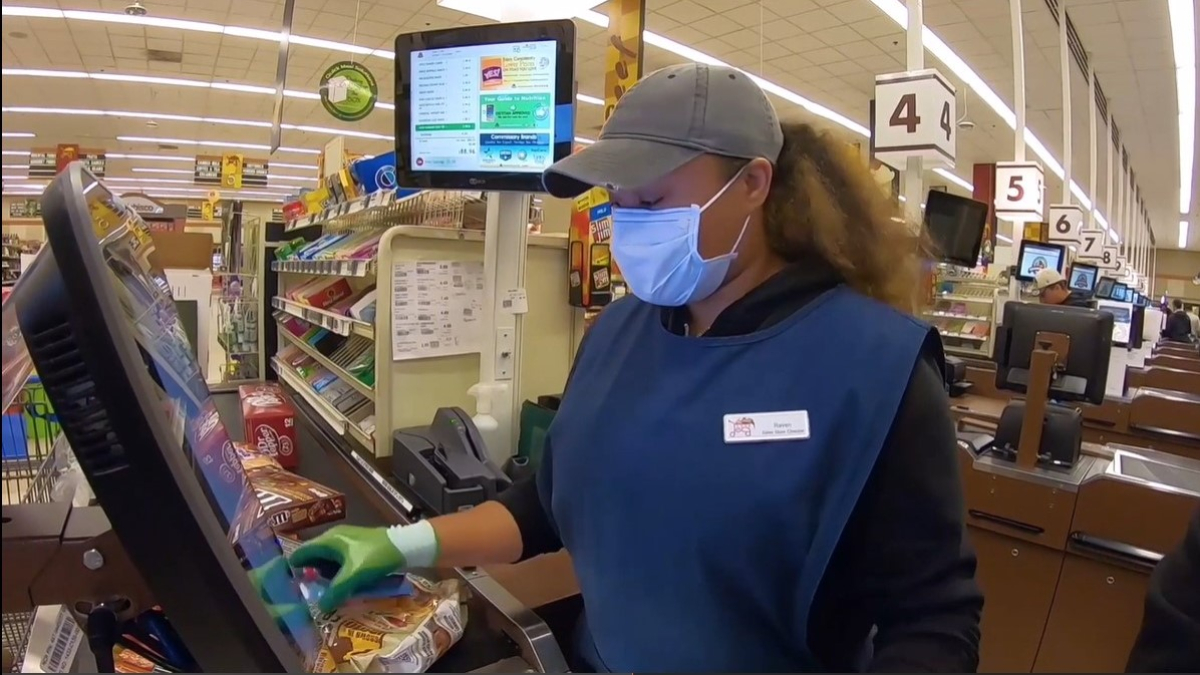 Photo by Firstline Media. Essential workers are high on the priority list for coronavirus vaccine distribution. A workgroup of physicians, community leaders and ethicists will make recommendations about vaccination priorities in Virginia.

The first shipment of the Pfizer Coronavirus vaccine is being distributed across Virginia. The Moderna vaccine was approved over the weekend, and the first shipment was sent out Sunday. More than 370,000 doses of these vaccines are expected in the commonwealth by the end of the year.

Gina Gambony Thank you for making time for us. Dr. Oliver.

Dr. Norman Oliver Thank you for having me. The disbursement of the vaccine has been planned for many, many months. We developed this plan for a phased vaccination of the population, we're beginning with health care workers, we want to ensure that they are protected from COVID-19 so that they can be there to treat us as we go forward. In addition, on the first phase, we will be vaccinating residents on long term care facilities, skilled nursing facilities, assisted living facilities, and we expect to be able to complete that by the end of this month, middle of January. And from there, depending on supplies of the vaccine will broaden it out to other essential workers, people with medical underlying conditions, vulnerable populations. And then to the general public.

Gina Gambony That's one of my questions, actually. Are there any priorities following the first two that we know about? Do you have any plans about prisoners, inmates?

Dr. Norman Oliver Very good question. There are a number of particularly vulnerable populations beyond long term care facilities, people in congregate settings like correctional facilities, jails, will be in priority groups is as well. The list of essential workers and people who are at very high risk of disease, like those in correctional facilities, the homeless population, for example, would be another one, the number of those people probably outstrips the availability of the vaccine right now, which is going to be in limited supply. So we'll have to come up with a priority list. And to ensure that that list is fair and equitable, we've assembled an advisory workgroup with medical scientists, ethicists, faith leaders, community leaders, members of minority communities, and others. And we'll take our distribution lists and have them take a look at it, and ensure that they feel it's a list that will ensure a fair and equitable distribution of the vaccine. As more vaccine is produced, and hopefully, additional pharmaceutical companies complete clinical trials that show that they are safe and effective when we have more vaccines, we'll be able to then have enough vaccine available that we can ensure that everybody who wants to get this vaccine will be able to do so.

Gina Gambony The Moderna vaccine may be released nationwide any minute now. Will we receive that vaccine here in Virginia as well?

Dr. Norman Oliver Anticipating the fact that the Moderna vaccine looked like it was, from our analysis of their clinical trials, a safe and effective vaccine, we pre-ordered the Moderna vaccine. If it is approved today or tomorrow, we should receive 146,000 doses of Moderna Monday or Tuesday of next week. And we plan then to distribute that Moderna vaccine to 96 healthcare sites, 49 or so hospital systems around the Commonwealth and 23 local health departments. The health department and the hospital systems are working together to ensure that not only the health care workers in hospitals are vaccinated but community based healthcare workers are vaccinated as well. Some of the hospitals are vaccinating their employees and the community based health care workers. But in localities where the hospitals are not able to do that, the health departments will do it.

Gina Gambony Now, we've heard a lot in the media about the fact that some people have concerns about the safety of the Pfizer vaccine or the Moderna vaccine or any other possible Coronavirus vaccine. And I know that there's been a push to get out encouragement to feel safe about taking it. What do you have to say about the safety and the effectiveness of these vaccines.

Dr. Norman Oliver This vaccine has been tested in more than 70,000 people. Men, women. Minority communities, about 30% of the study participants were from minority communities. People are in the trial who had chronic medical conditions, and the vaccine was shown to be safe. Not only safe, but quite effective. We're letting that information get out as broadly as possible. For example, like in this interview, in newspaper articles, in radio and TV. We're doing our best to get that information out to the general public. Another thing we're doing is we're asking trusted leaders in those communities to get this message out as well. I think that as we do that, more people will become convinced that yes, it is a safe and effective way to protect myself, my loved ones, and community in which I live from COVID-19.

Gina Gambony I recently had an interview with an official from the Virginia Department of Health about the concern that the trials went by too quickly. And, you know, what has been reported is that everything that goes into the approval of any vaccine has been done for these vaccines. It has been done at a quicker pace, because of all the funding that was available. But it nothing was skipped. No steps were skipped.

Dr. Norman Oliver Right. That's a very important point. These vaccines have undergone the same rigorous scientific approval process as vaccines in the past. It went more quickly for a couple of reasons. One, the technology that they we have today is much better than the technology we had the last time, we developed a major vaccine. The work that's done to generate these messenger RNA vaccines, which is what the Pfizer and Moderna vaccines are, this is medical science that we've been working on for more than a decade. So we know how to do that already. When the genetic makeup of this cronavirus was released and became known back in January of this year--it only takes a matter of days to generate that mRNA. And then we were able to over next couple months, figure out how to package that in a vehicle that could be administered as a vaccine. And we went right into clinical trials. As I said that these were very well done trials. And the information from that is pretty clear that it's safe and effective.

In addition, the federal government, as you mentioned, paid ahead of time to five of the six pharmaceutical companies, for them to be able to not only do the clinical trials, but then to go into immediate production of the vaccine, sort of putting that money up front. Pfizer was able to do that on its own without having the federal government pay them for it. And as a result, what happened was, as soon as it was approved, Pfizer and now Moderna will be able to just kick into production of those vaccines. So that sped everything up. But by moving quickly, they did not skip any of the steps and so it's a safe vaccine as well as an effective vaccine.

Gina Gambony Dr. Norman Oliver, thank you so much for talking with us today.

Dr. Norman Oliver Thank you. And I would encourage people to visit our website vdh.virginia.gov to get more information.