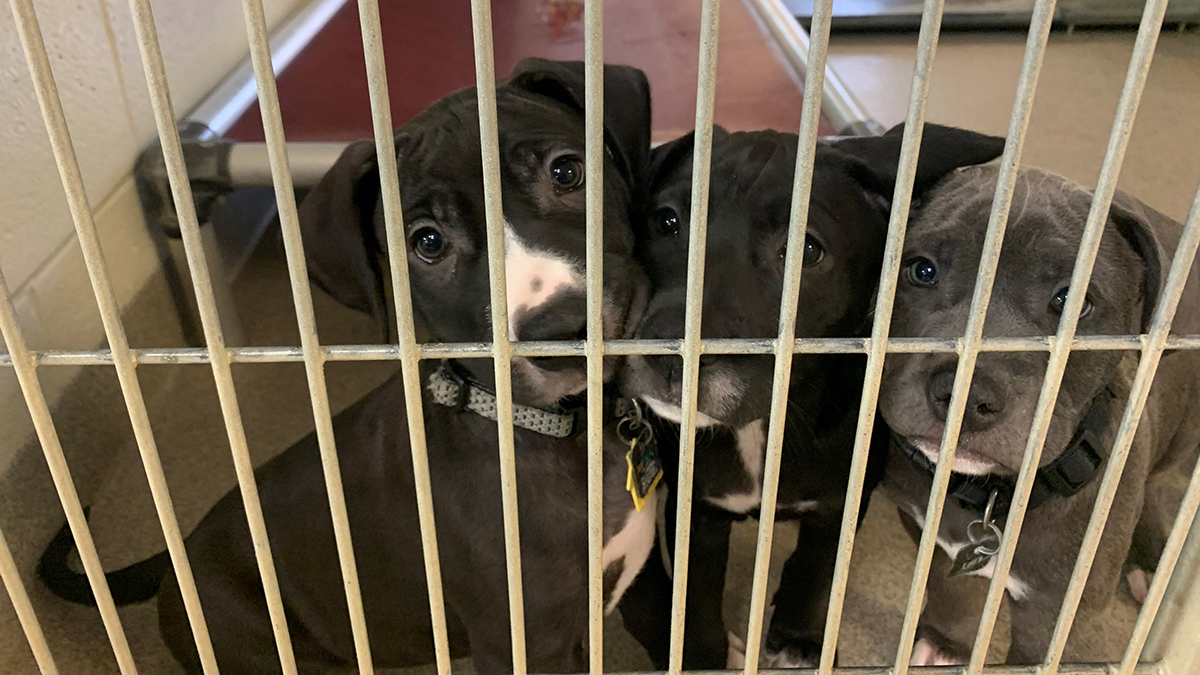 Photo by Mechelle Hankerson, WHRO. Most animals at the Virginia Beach SPCA live at the shelter for about two weeks before being adopted, even during the pandemic.

Precious, the 12-year-old white cockatoo who lives at the Peninsula SPCA, misses the stream of visitors he used to play with.

“He's used to people coming in and looking in his window and really just kind of being a superstar,” said the shelter’s communications director Jodi Dean. “All he’s got is the staff now and we noticed about a month and he was really getting lonely. So we take him out more often.”

Precious will never be up for adoption. Cockatoos like him can live to be 70 years old, likely outliving any human companion he will have.

Like humans, animals in local shelters have felt the effects of the COVID-19 pandemic. But many of them are still finding permanent homes.

“Because we're only open by appointment, obviously, adoptions have gone down,” Dean said. "But one thing that we did notice that was good is we went to an application process, which really helps prevent a lot of returns. And we're doing better matches because we know a little bit more about the adopter and what their living situation is, what kind of animal they're looking for and what kind of temperament they can handle.”

Dean said the Peninsula SPCA may keep their application process in place even when the pandemic ends.

Like on the Peninsula, the Norfolk city animal shelter saw pets find new homes fast when the pandemic hit. People also stepped up to find foster homes for the animals that had a hard time living in the shelter, said director Michelle Dosson.

“We did see a surge in people stepping up to foster animals because they found themselves having a lot more time at home,” Dosson said.

As every holiday season rolls around, animal advocacy groups remind gift-givers to reconsider giving someone an animal as a pet.

The American Society for the Prevention of Cruelty to Animals “recommends the giving of pets as gifts only to people who have expressed a sustained interest in owning one, and the ability to care for it responsibly.”

Pets require time, attention and care can be expensive with medical bills and other supplies. As the pandemic continues, or as restrictions loosen and people return to a faster pace of living, Hampton Roads shelters are thinking what it might mean for all the animals they’ve sent home.

“We think about returns,” Dosson said. “And we know that sometimes when they adopt or they end up with an animal that's not a good fit, that ultimately sometimes that animal might need to come back here, and we're working hard to destigmatize returns.”

Dean says staff and volunteers make sure to talk to people during the adoption process about what being a pet owner will be like post-pandemic.

“The animals are going to behave differently, once you start going back to work, that there's a new routine for everybody to get used to no matter which species it is,” she said.

Norfolk used virtual appointments before opening for in-person appointments with animals. It worked, but it wasn’t as good as having visitors, Dosson said.

“There's nothing like somebody being able to come in and pick their animal in person,” she said. “Or you know, come into a community cat room and have that animal pick them.”