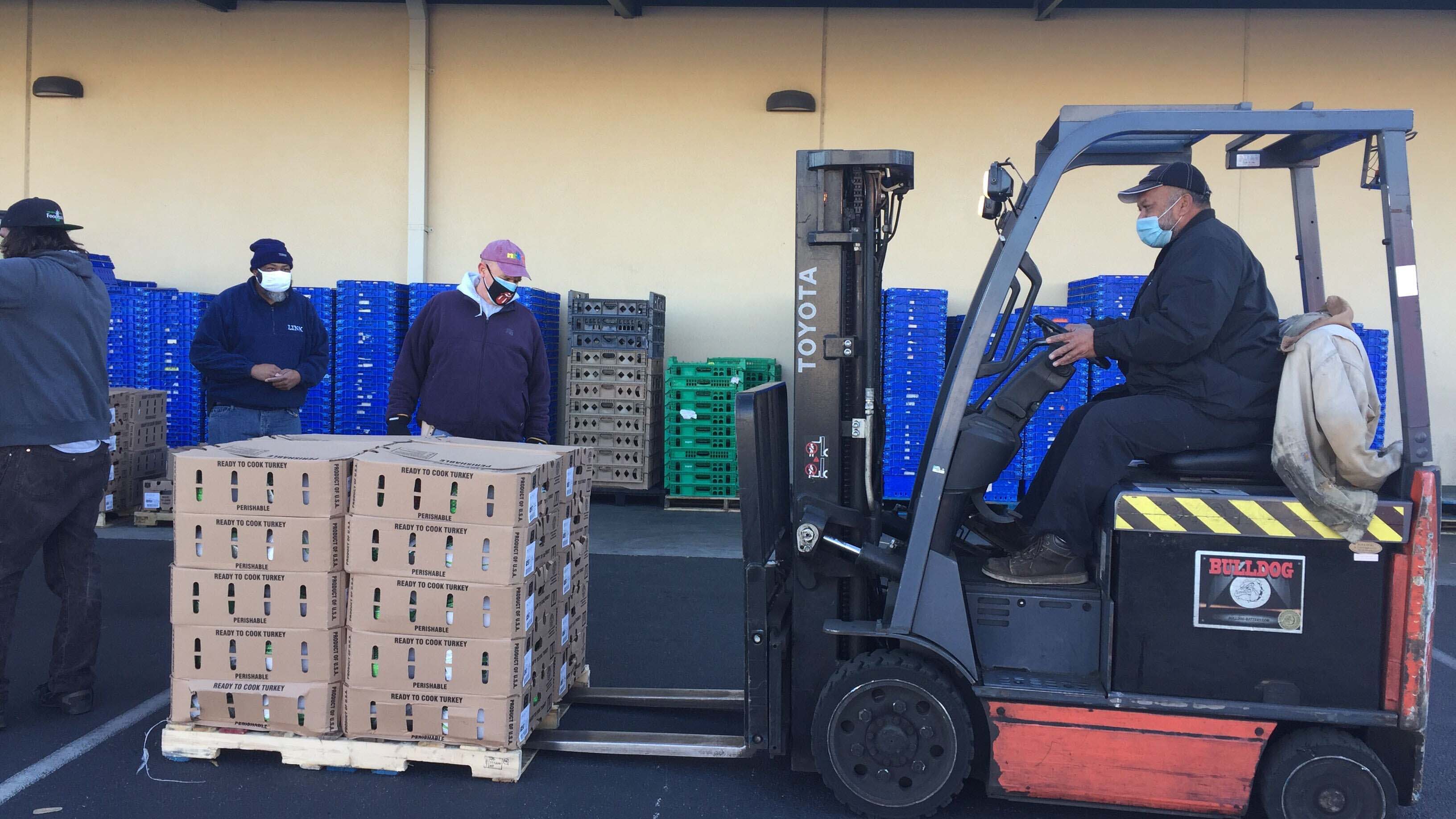 Food Banks Prepare For Thanksgiving Despite The Pandemic

Hampton Roads food banks say they are seeing more people in need this year because of the pandemic.

Still, they are finding ways to serve the community.

Ruth Jones Nichols is the President and CEO of the Food Bank of Southeastern Virginia and the Eastern Shore.

"Literally overnight, we had to pivot and change our delivery service models," she said.

Instead of traditional food pantries, they've shifted to drive-thru food distribution and home deliveries for seniors.

The same goes for the other side of the water, where Karen Joyner is CEO of the Virginia Peninsula Food Bank.

She said they've gotten a lot of calls from people who are looking for a place to get a hot meal this Thanksgiving.

But this year, that isn't happening.

"I think it's going to be more difficult for people who can't cook their own Thanksgiving dinner to find a place to have a holiday meal," she said.

Both food banks have had to purchase more food this year because of about a 30% drop in food donations.

Joyner said that monetary donations are up though.

"Because people are recognizing what we do in the community, and they want to help," she said.

That has helped food pantries make up for a shortage in donations and the gap expected by the ending of the federal Farmers to Families Food Box Program on Dec. 31.

They're also making one final push for donations ahead of Thanksgiving with their 24th annual "Mayflower Marathon Food and Fund Drive."

On the Southside, you can visit Pembroke Mall in Virginia Beach or the Kroger Marketplace in Suffolk to donate.

Jones Nichols said the holidays are typically a difficult time for hungry families even in a normal year.

"If we can help individuals have one less worry during this holiday season, I think that will go a long way," she said.

You learn more about donating to the Virginia Peninsula Food Bank here.

And you can learn more about donating to the Food Bank of Southeastern Virginia and the Eastern Shore here.