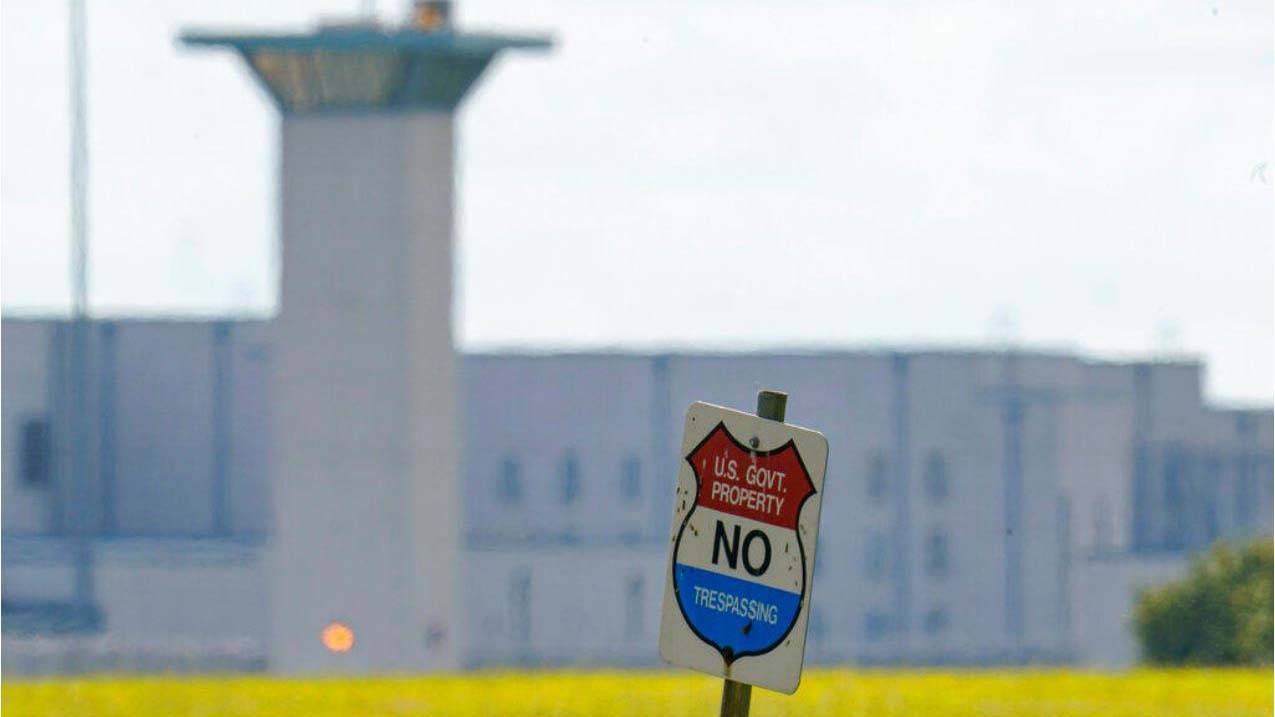 A bipartisan group of Virginia lawmakers is demanding answers from the Bureau of Prisons about what they call “troubling conditions” at the two federal prisons in Virginia. That includes one in Petersburg, where about 200 inmates have tested positive for the virus over the course of the pandemic.

According to the BOP, about 150 of the men have recovered. We’ve been speaking to family members about conditions there and have this report.

The women we spoke to for this story asked we not use their names because they’re afraid of retribution against their partners who are currently held in the minimum security federal prison in Petersburg. While we do know their names, we've agreed to not publish them.

According to the Bureau of Prisons, the first positive case at the low security prison in Petersburg was August 16th. One inmate’s wife first heard about the ensuing outbreak on the news. Communication with her husband had been spotty since the facility was locked down in March. Then one day at work she got an email from him.

“It said ‘I knew it I tested positive this morning.’,” she recalled. “‘Despite talking about my symptoms for the last several days. I now feel like I’ve exposed all these other people who are in here with me.’”

Her husband developed symptoms almost immediately after testing negative. He says he pushed to be retested for days before officials in the prison agreed. Initially, he says, staff told him it was just a cough and to take a warm shower. But he insisted, and when he was retested it came back positive.

One of his concerns is that staff are potentially spreading the virus by not using proper PPE. He says when prisoners lined up to get tested the staff who were doing the swabs did not change their gloves each time. He told his wife that when he asked for staffers to wear a fresh pair of gloves he was told he would just have to be first in line.

He also says there has been a single nurse available, and no medical staff overnight. A spokesman for the BOP confirmed medical staff only remain on site until 9 p.m.

“He said they’re just… they’re all very sick,” his wife said during a recent phone interview.

Multiple people also expressed concern over the food that was being fed prisoners. We heard reports of inmates being given bologna, processed cheese, and white bread for meal after meal. One inmate said he was served expired milk for breakfast on multiple occasions.

“He did say - one time - they did have a hot meal like chicken, but basically it’s bagged lunches,” described one woman whose boyfriend is in Petersburg.

Her boyfriend tested positive and was quarantined for three weeks. He told his girlfriend he was tired and lost his sense of taste and smell. He told her he was kept with 15 other people in the prison’s visitation room while they were sick.

“It wasn’t making sense because they were starting to bring people in that tested positive after them,” she said, saying that extended their quarantine. “They slept on cots. They had no pillows. It was just bad.”

She was worried and didn’t hear from him often because phone calls have been limited, she says, to five or ten minute increments. The BOP spokesman confirmed that phone calls are also only allowed on Mondays, Wednesdays and Fridays.

Her boyfriend told her they haven’t been allowed outside and, for a time, they didn’t have access to showers. One of her primary concerns, she added, was that the facility was limiting how much inmates could spend at the prison shop - where they can buy additional food and hygience products. A BOP spokesman said inmate spending is limited to $180 every two weeks.

Ron Villanueva, a former state delegate, was serving time in the Petersburg prison during the start of the pandemic. He says they had cleaning supplies, hand sanitizer and a face mask.

Villanueva was released on home confinement in May as part of a push from federal officials to release inmates when possible. The BOP is supposed to prioritize people with health risks at facilities where there are outbreaks. A spokesman wouldn’t say how many are being considered for release to home confinement from Petersburg, but he did say staff are “urgently reviewing” cases. Nationally, 7,695 inmates have been sent home, less than 6-percent of the total inmate population under BOP care.

Villanueva says he’s worried about folks with underlying conditions like respiratory problems, kidney issues, or high blood pressure. “And a lot of them are susceptible to COVID infection and spread,” said Villanueva, confirming that he knows some of those individuals are still imprisoned.

According to the Marshall Project, which has been tracking COVID-19 cases in prisons and jails, more than 1,000 people have died while incarcerated in the United States since the start of the pandemic. Family members describe feeling helpless.

“I just feel badly for these humans that are being treated less than,” said one of the women we spoke with. “They committed a crime but they weren’t given a death sentence. "

The number of COVID-positive patients at the low security compound in Petersburg has fallen since the height of the outbreak in August and early September, but the case numbers at the medium security section are now rising.

There are two federal prisons in Virginia. The other is in Pennington Gap, in the far southwest tip of Virginia. While there hasn't been the same widespread outbreak there, two inmates and several staff have tested positive. In a letter recently signed and sent by multiple Virginia lawmakers, including Republican Congressman Morgan Griffith and both Virginia's Democratic senators, lawmakers are asking the Department of Justice to inspect both facilities.