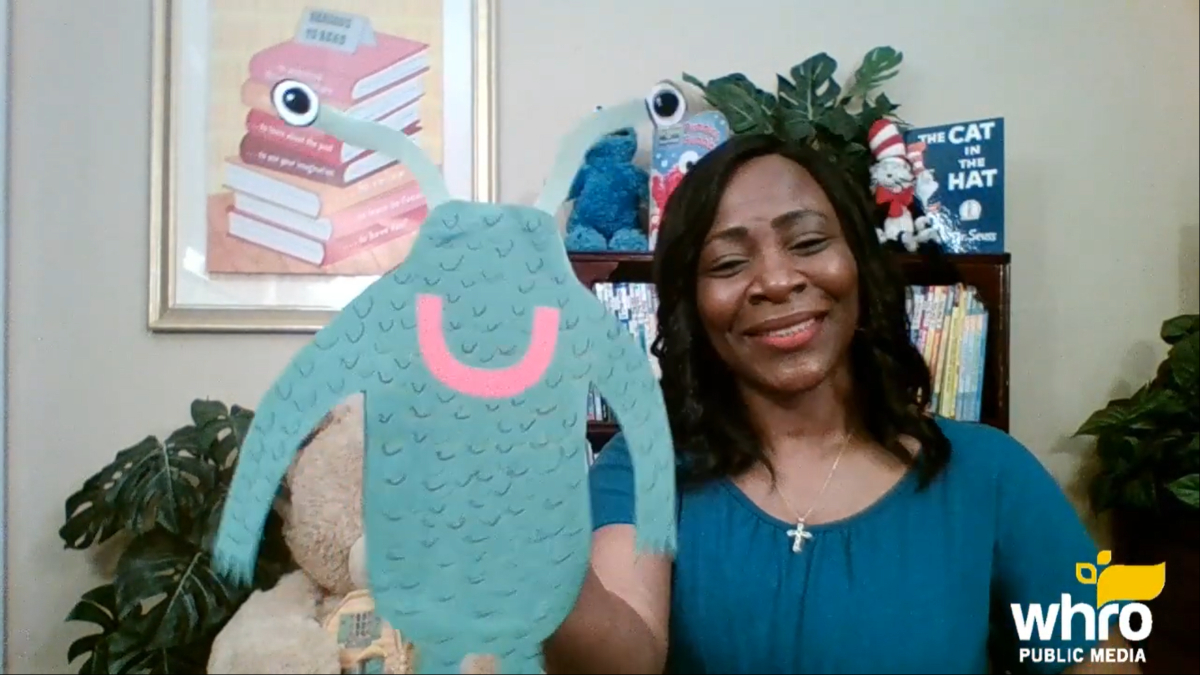 Photo courtesy WHRO. Martha Razor always has something fun to share with viewers at the end of story time on "Martha Reads."

Martha Razor was a teacher for 15 years before she joined the Early Childhood Learning team at WHRO.

“As a teacher story time was always my favorite,” she said.

When schools shut down in Hampton Roads, she had the idea to bring stories to students stuck at home, but she wasn’t sure how to do it. The marketing team at WHRO helped her with the logistics, and Martha Reads was born.

The stories Razor reads are not just for children — they are by children. The selections are taken from WHRO’s PBS Kids Writer’s Contest. As Razor reads the stories, she shares the artwork that accompanies them, also created by the young authors.

Razor stressed that she believes reading is an important skill for children to gain early.

“Parents have to be models first,” she said, encouraging parents to even pretend to be reading, as long as they have a book in their hands.

Also, she said it’s important to share stories and books with children that don’t bore them. She struggled with one of her grandchildren who didn’t want to read. She started watching him closely, looking for things he was interested in.

“Right now he's at the age, he likes, cars, you know, trucks. So that's what type of books that I started bringing.”

On Martha Reads, Razor shares a great diversity of stories — characters include aliens, flowers, a misunderstood tree, mermaids and snowmen.

A new story is up every Friday at 10:00 a.m., and you can find previous episodes here.