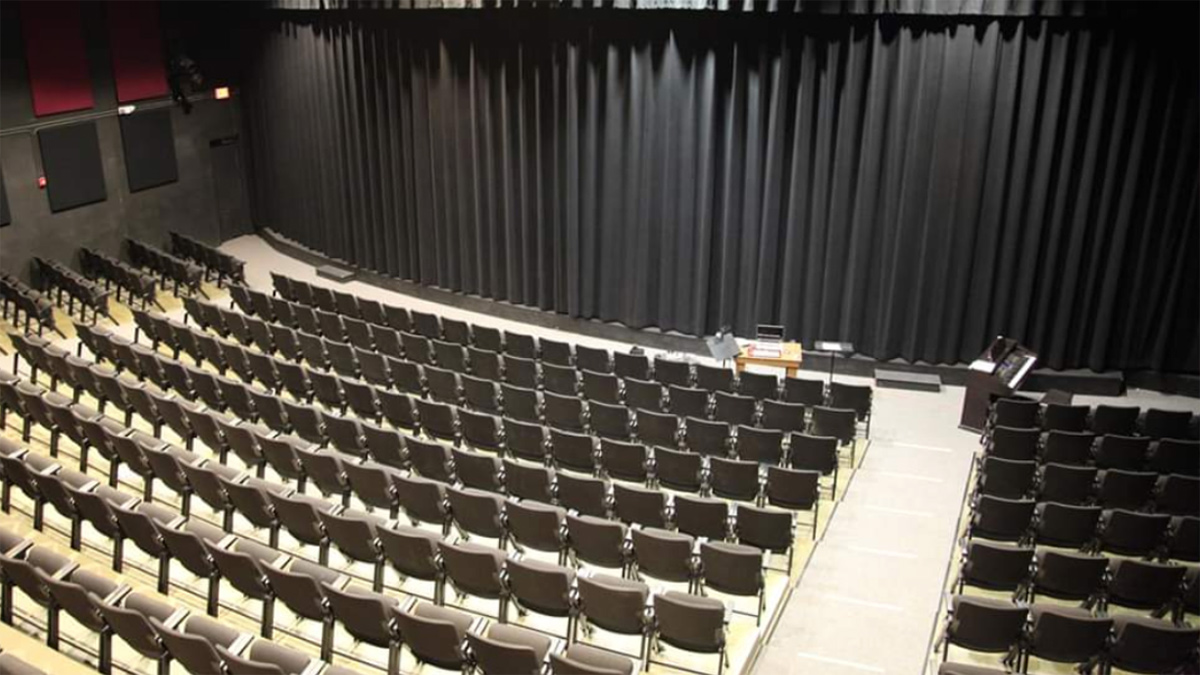 To Stream Or Not To Stream: Theater Companies Struggle During Pandemic

Part of the magic of theater is the intimacy of it. Watching a live play where anything can happen at any moment is exhilarating. The audience has a collective response to the emotional journey played out in front of them. Huddled close in the dark, the audience cries together, laughs together—even sings together—as sweat and spit is launched from the talented actors on the stage …

Obviously, this is a pre-COVID pleasure.

The pandemic has been brutal on those who love live performance—and especially so for those who create it.

Theaters across Hampton Roads shut down in the middle of March.  Managing Director of Virginia Stage Company (VSC) David Byrd has the date etched in his mind. It was March 14th  when the company’s performance of The Legend of Georgia McBride had two performances scheduled. After the first performance, the cast was told to go home and not return that evening—or for the remainder of the run of the show.

“I think at the heart of what we do, and we do it well, is about connecting human beings,” Byrd said. “And so there was something really sad about not only the production going away, but also that experience that we were in some ways, extinguishing, at least temporarily, what we were created to do when we're achieving our mission.”

VSC actors in Georgia McBride had a week left in their contracts, and they were fully paid. But new actors were flying in from around the country the next day to begin rehearsal for the next show. What the company hoped would be a temporary delay of these contracts has turned into a delay without a foreseeable end.

A number of VSC staff were laid off initially, but some were brought back on when the company received a loan from the Paycheck Protection Program. But when that money ran out, they had to be laid off again. Byrd said a skeleton crew is keeping the company going now.

VSC is a professional operation and has a lot of expenses, but one expense it doesn’t have is performance space; the company uses the Wells Theatre, which is supported by the city of Norfolk.

The Little Theatre of Norfolk (LTN) is a smaller operation, but it does have to pay expenses for the theater it owns. The company has a frugal business model.

“We’re an all-volunteer space,” said Board President, BA Ciccolella. “So every single person that we have working box office, working backstage, onstage, cleaning the space, all of that, it's all volunteers.”

When it closed the play A Piece of My Heart mid-run in March, the company decided to team up with Peninsula Community Theatre in Newport News to connect with audiences online in what’s called “Script Club.”  Nina Martin, past president of LTN, said the company was thinking about launching a script-reading platform before the pandemic. The idea is to have a discussion group, like a book club, about plays.

“With our digital offerings, this is something that would translate very easily to a digital forum and be completely safe,” Martin said.

Why Not Perform Online?

It’s not easy, or legal, for theater companies to directly pivot to online production. You’ve likely heard this before:

“At this time we ask that you silence all cell phones. Photography or recording of the show is prohibited.”

That comes down to performance rights.

Companies have to pay a licensing fee to use most scripts. And the license only allows live performance, not recorded—not even on Zoom.

There are some pandemic-inspired licensing agreements that do allow video or Zoom performances—that’s how Generic Theater was able to present A Chorus Line.

But the license isn’t free, and while you can sell tickets for a play on Zoom or video, it’s a financial risk to compete against all the online content people can access for free.

The Williamsburg Players are trying to stay digitally connected during the pandemic. But the Players’ Board President, Neil Hollands, says the group isn’t planning online performances.

For one thing, the Players don’t have a videographer that could make an online production attractive.

The President of the Players’ Board of Directors, Neil Hollands, said the company doesn’t want to create “really substandard low-production-value television. That's not where the strong point of community theater is.”

Hollands says the Williamsburg Players are toying with the idea of performing live in their parking lot when it’s cooler.

While VSC is holding theater camp for students online, Byrd also said performing for the camera is not their strong suit.

Byrd notes how good the video production of Hamilton looks.

Ticket sales almost never amount to enough to support the work of theater companies. The price of a ticket is generally subsidized by grants and gifts. LTN is 80% supported by ticket sales, which is very high in comparison to other groups. The Williamsburg Players receive about 60% of needed income through ticket sales; VSC, about 50%.

All three companies receive grants to support shows and general operating expenses.  A grant is often connected to the production of a particular show or some type of theatrical outreach.

In light of the pandemic, grantors have adjusted their expectations as the companies struggle to come up with new ways to serve the community.

Ciccolella said LTN formed a committee to come up with a new season of plays. Ideally, the plays would be “public domain plays or plays written by local artists that are able to be performed either digitally over zoom, outdoors, or using socially distanced blocking in our space with a socially distanced audience.”

She said the preference is that all of the plays would be able to be performed in all three manners, “which is a huge undertaking to ask,” she said.

A tremendous amount of work goes into the production of a play in regular times. Right now, it seems nearly impossible.

Hollands from Williamsburg Players is taking a long view, recalling that William Shakespeare muddled through times like these. "He lost his son, lost a lot of his dear friends directly to plague, had his theater shut down a lot faster than ours got shut down, and still turned out some of the greatest stuff in the greatest theatrical career that we can maybe remember," Hollands said. "So, you know, theater will come through, but we're all gonna have to be patient."