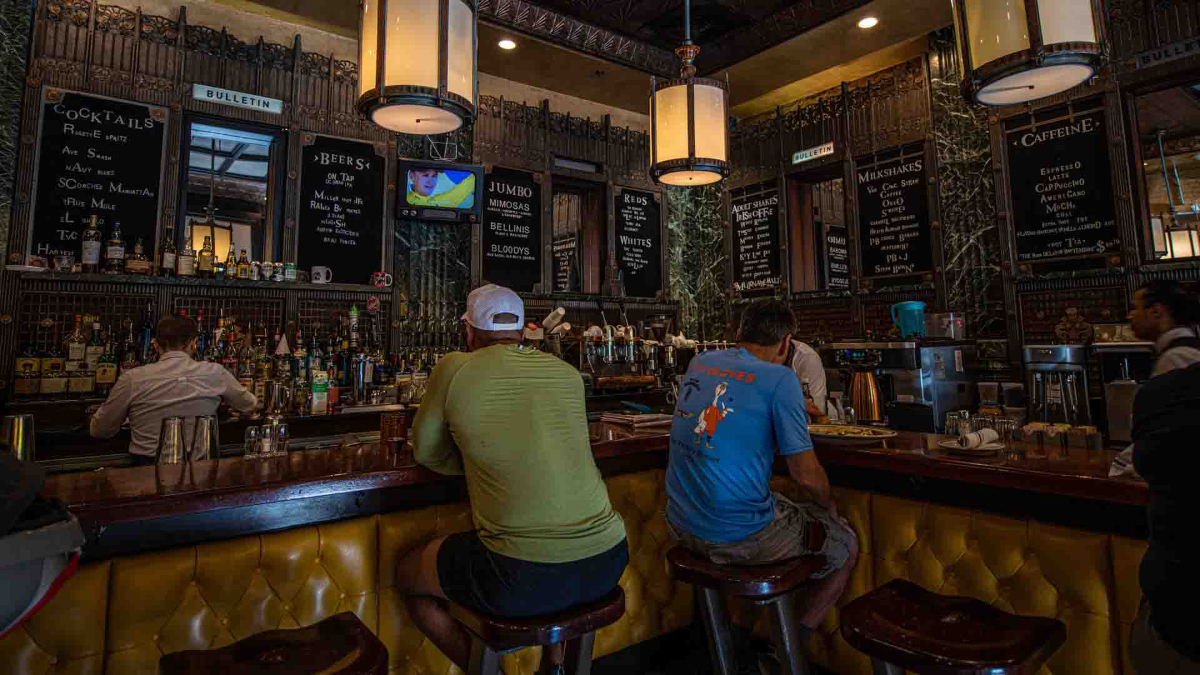 Photo by mana5280 via unsplash.com. State health officials say social gatherings at parties and bars are driving an increase in COVID-19 cases among young people.

Cookouts, birthday and graduation parties and hanging out at bars are just some of the ways COVID-19 cases in Hampton Roads are increasing.

Gov. Ralph Northam said this week Hampton Roads was the impetus for stronger enforcement of mask and social distancing guidelines.

Specifically, the people in the region who are between 20-29 years old.

“I want to make it clear that these enforcement actions are to stop the people who are clearly flouting the rules," Northam said. "You are being selfish, and you are hurting everyone who is doing the right thing to help us all beat this virus.”

Northam said he would consider stronger regulations or even moving back into Phase 2 if numbers don't start going down again. Most Hampton Roads cities counted double-digit percent increases in cases in the first two weeks of July.

Daily new cases are up in the region by 460%, according to an analysis by The Virginian-Pilot.

Virginia Beach in particular has seen the second-largest percent increase in daily new cases in the state, with a 276% increase.

Public health officials have been able to trace cases through case interviews and contact tracing, said Dr. Demetria Lindsay, the director of the Norfolk and Virginia Beach health departments.

"We have observed ...  in our findings evidence of a large number of younger people gathering in social settings," she said. "It is restaurant areas and bar areas and restaurants that have more of a night club type scene."

Most places can be safer with a mask and distance between people, but Lindsay said night club environments are difficult to control.

A WHRO reporter asked younger Hampton Roads residents via social media how comfortable they were picking up with their pre-pandemic social schedules.

Many of those who said they were being cautious cited having health concerns themselves or have children. But others cited early research that the virus isn't as severe for younger people as a reason to carry on with outings as usual.

Plus, some said, outbreaks tend to occur in long-term care facilities. According to Department of Health data, "congregate settings" also yield a high number of outbreaks.

While it appears to be true that young, healthy people bounce back from COVID-19, anybody can spread the virus, and that's the concern, Lindsay said.

"We know it's not going to stay isolated to that age group," she said. "These individuals do pose a risk to their loved ones, so I would hope that would be a concern. Mom and Dad may fall into categories that are higher risk."

Spread among a certain age group typically leads to spread across an entire community, she said.

Social distancing, face coverings and limiting contact are still the best ways to control spread of the virus. Lindsay said she recognizes some people may have an itch to see friends or leave their homes.

"If you must interact with individuals, keep that circle very tight," she said.

After her interview with WHRO, Lindsay followed up with an email that read, "there are no safe places, only safe behaviors."