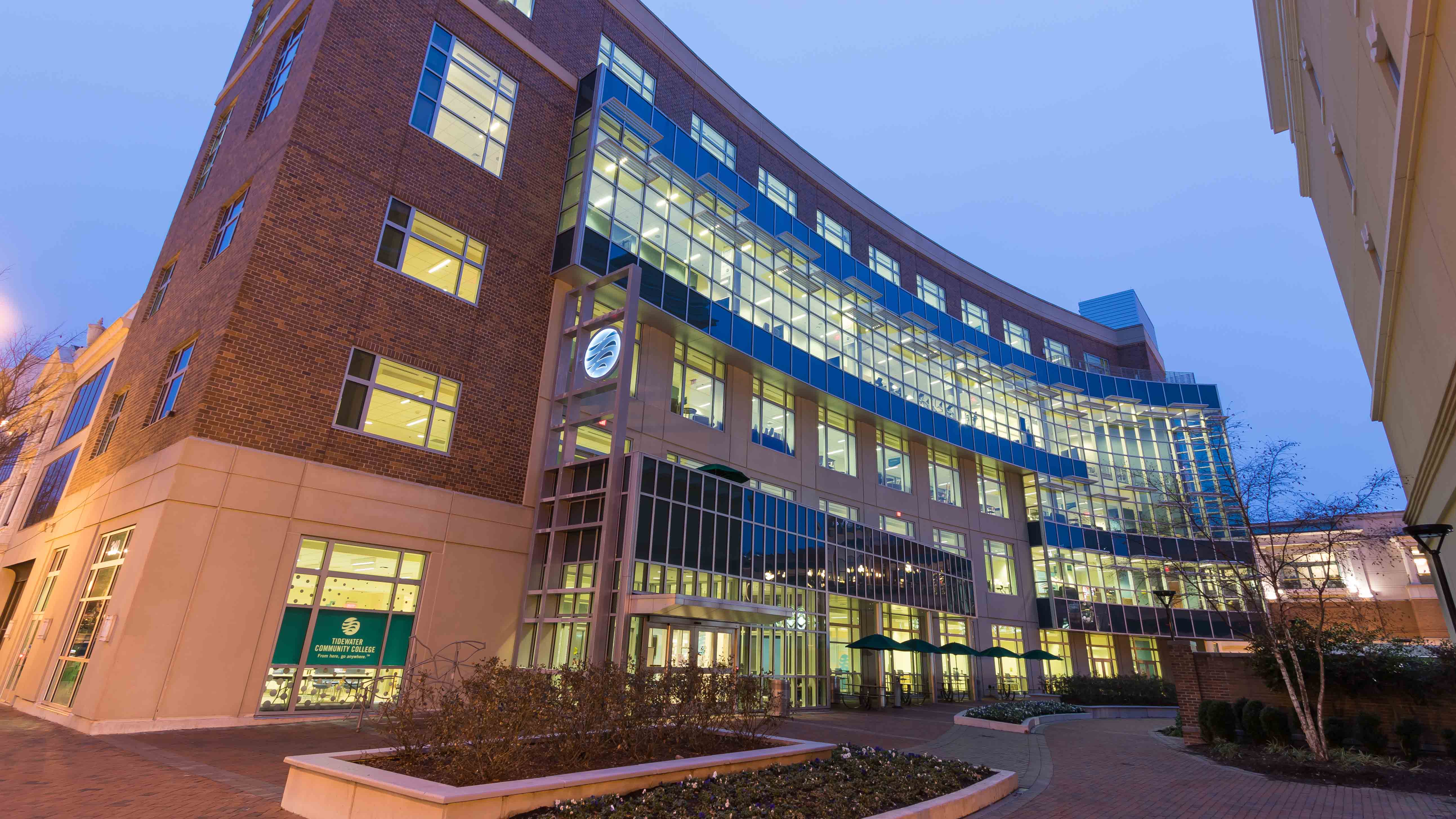 Photo by Bryan Pollard via Shutterstock. Tidewater Community College has several locations, including a building in downtown Norfolk, pictured here.

Tidewater Community College will open with a full schedule of classes for the fall semester and a steep enrollment decline.

A source close to the college provided WHRO with a copy of an internal enrollment report. The college did not immediately respond to a request to confirm or respond to the report.

Enrollment declines often translate into layoffs in higher education. TCC has had to cut staff a number of times in the last few years because of decreasing enrollment.

This year, some of it can be attributed to the coronavirus, which closed colleges early and changes what the higher education experience will be like going forward.

According to the State Council of Higher Education for Virginia, TCC has lost close to 17,000 students since 2015. Northern Virginia Community College, the largest in the state, is the only college that lost more in that same time period, dropping by about 31,000 students.

TCC’s projected enrollment is a symptom of a larger conversation college-bound people might be having: Is college worth it anymore?

“People are worried there's going to be more disruption in their academic experience, and they're concerned about paying the same price to sit at home for online learning as they would if they had a robust on-campus experience," Toscano said.

“There's no doubt that there's some late deciders when it comes to college this fall,” he said. “And what we're going to see is that more students are going to take a gap year and take some time off to figure out what they're going to do before making a commitment for the following year.”

Because of that, many community colleges in the state were already expecting a decline in enrollment.

“None of those projections included anything like a pandemic so we’re not putting a lot of stock into them at the moment,” Kraus wrote in an email. “With the emergency we are seeing students wait longer to decide where and if they will be going to college.”

Kraus noted students can sign up for classes on a rolling basis at many community colleges, so enrollment can change quickly.