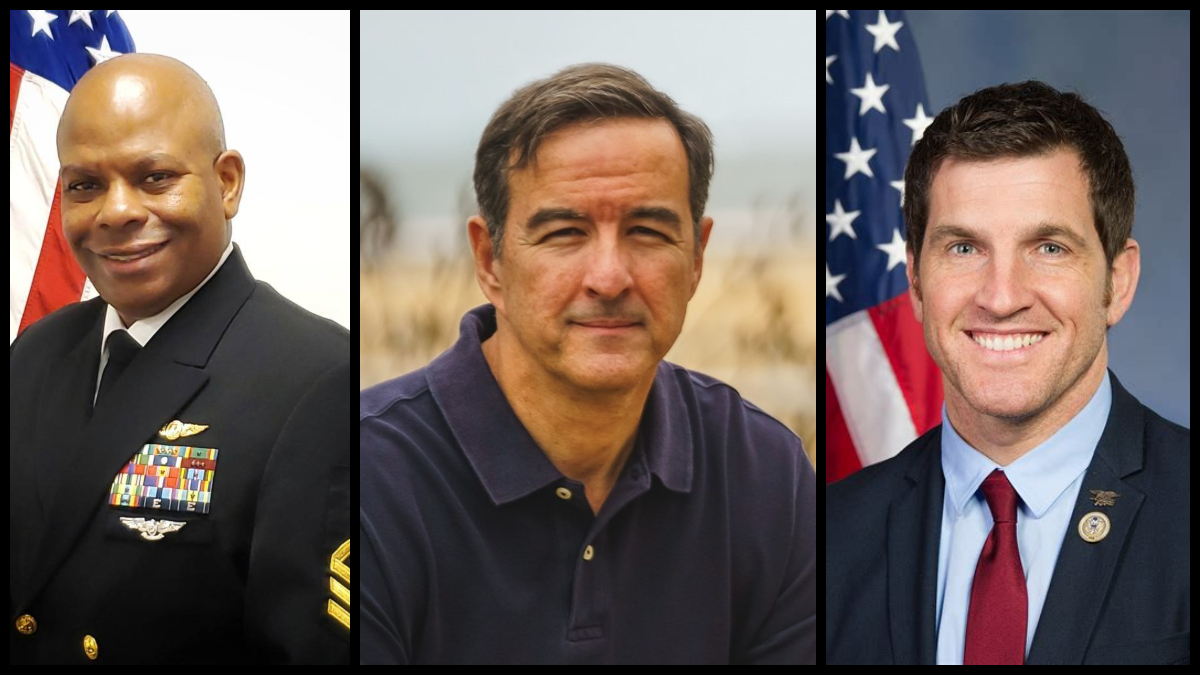 The 2nd Congressional District of Virginia is one of the most competitive districts in the state.

The district covers Virginia Beach and Williamsburg, as well as parts of Norfolk, Hampton, Accomack, Northampton and York.

Democrat Elaine Luria holds the seat now, after defeating Republican Scott Taylor in 2018. Aside from Luria, only one other Democrat has won the seat this century—Glenn Nye, who held it for one term beginning in 2009.

Taylor hopes to face Luria again this November, but first he needs to win his party’s nomination.

Taylor is joined by Jarome Bell and Ben Loyola to be the Republican candidate. The primary election is Tuesday, June 23rd.

Taylor, Bell and Loyola are coming together Wednesday night for a forum held by the Republican Women’s Clubs of Virginia Beach. There are four such clubs in Virginia Beach, and they will all stream the forum on their respective Facebook pages.

Jeanne Baker, the corresponding secretary of the Nimmo club, said voters need to hear from the candidates, in spite of difficulties posed by the pandemic.

“Republican women are very active and we know how to get things done,” Baker said. “So when we needed to have a forum with the primary candidates, we're the ones to get that done.”

Since a gathering wasn’t possible, the event will be streamed on Facebook.

Questions for the candidates have been gathered from all four clubs, and Nanette Miller, president of the Nimmo club, will act as moderator.

Viewers can pose questions during the forum as well.

“One thing about having all three candidates in one forum, it will give you an opportunity to see how they each interact and how they respond to other comments made by other candidates,” Baker said. The conversation will likely include hot topics like the abrupt changes in Virginia's General Assembly this year and the challenge of the coronavirus pandemic, she said.

The online forum will stream on the Facebook pages of the Republican Women’s Clubs of Virginia Beach, Nimmo, Princess Anne, and Beach Suburban Wednesday night from 6:30 pm to 8:00 pm.