Olly Neal with his daughter, Karama, at their StoryCorps interview in Little Rock, Ark., in 2009.

Encore: How A Librarian Changed A Future Judge's Life

In 1950s Arkansas, Olly Neal didn't care much for school. Then one day, he cut class, wandered into the library and stumbled onto a book by author Frank Yerby. The discovery changed the life of a teenager who was, in Neal's memory, "a rather troubled high school senior."

Years later, he told his daughter, Karama, at StoryCorps in 2009, he learned that the librarian — his English teacher — had quietly and generously orchestrated the effort to transform him into a big reader. Neal went on to attend law school and later became a judge, retiring as an appellate judge of the Arkansas Court of Appeals.

The Treasures of Mrs. Grady's Library 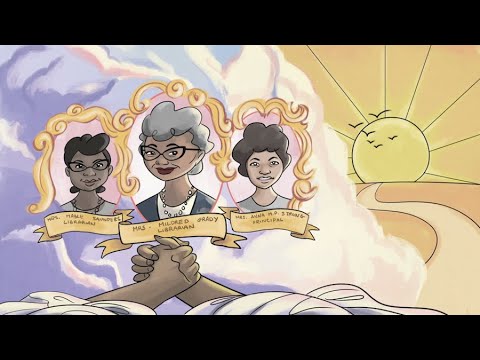 This episode of StoryCorps originally aired in 2009; it published as an animated video earlier this month.

Produced for Morning Edition by Vanara Taing and Aisha Turner.

StoryCorps is a national nonprofit that gives people the chance to interview friends and loved ones about their lives. These conversations are archived at the American Folklife Center at the Library of Congress, allowing participants to leave a legacy for future generations. Learn more, including how to interview someone in your life, at StoryCorps.org.