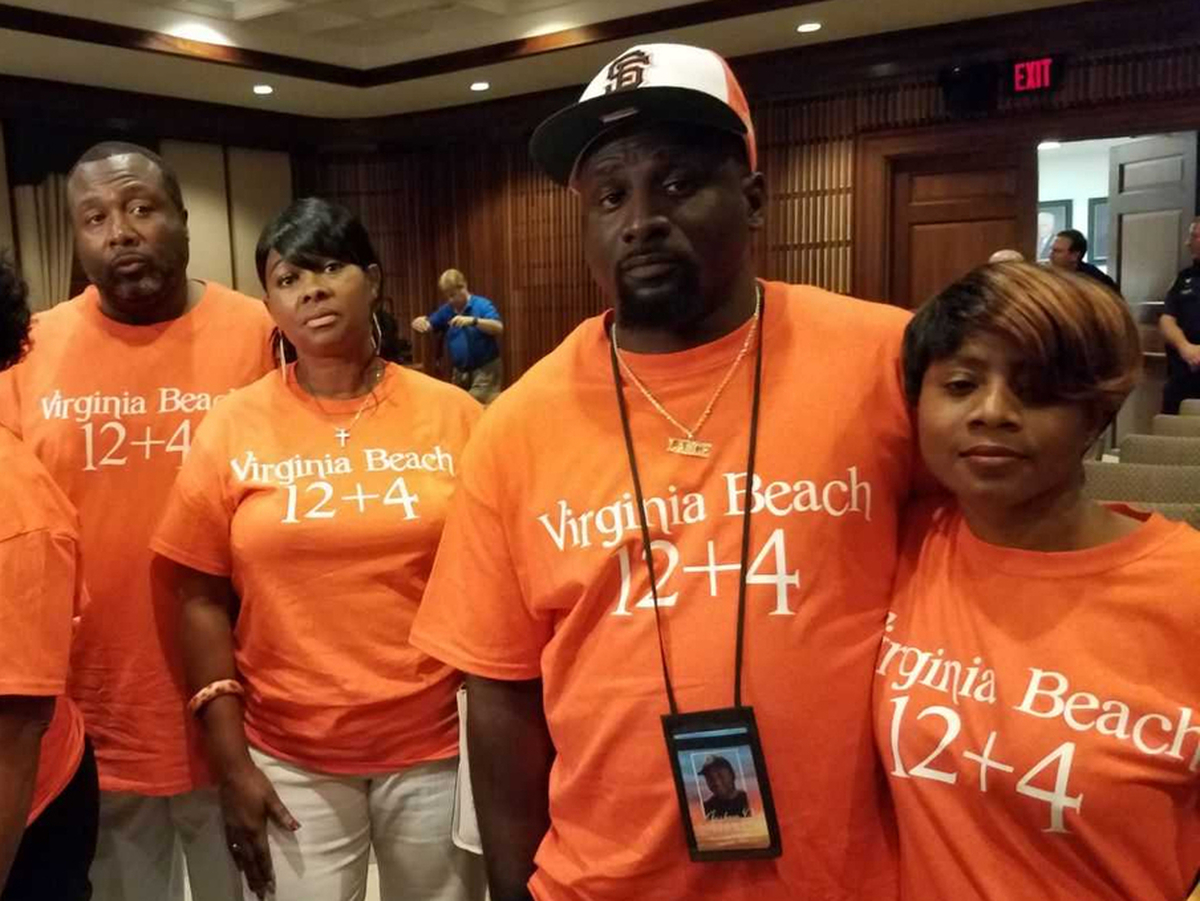 Gina Gambony/WHRO. Willie Hoskins (second from right) embraces his sister Denise Smallwood. Their brother Joshua Hardy was one of the 12 killed in the May 31st shooting at Building 2.

Police went over details ranging from the shooter’s financial information, to emails he wrote, to his employee evaluation history with the city. But throughout the minute by minute accounts of the events on May 31st -- when 40-year-old city employee DeWayne Craddock shot and killed 12 people and injured four others -- reasons why remained elusive.

Representatives from the independent investigation firm Hillard Heintze preceeded the police in making remarks to the full City Council and Virginia Beach Mayor Robert "Bobby" Dyer. But after collecting hundreds of thousands of communications from phone calls to emails to interviews, Hillard Heintze CEO Arnette Heintze said his agency's investigation came up short of a motive as well.

Heidi Johnson was a friend of victim Kate Nixon. She said she couldn’t believe there was nothing obvious in all the details available about Craddock’s life that explained the shooting.

“He showed no signs, no weird behavior, no bad emails," she said. "I just think that I was hoping that there would be closure and a reason for this to happen.”

Johnson said she believes there must be more information about Craddock’s home life that would provide a better understanding of his actions.

Willie Hoskins’ brother Joshua Hardy also died after being shot. Hoskins, his wife and other siblings came to city hall for the update wearing matching orange t-shirts with “Virginia Beach 12+4” printed on the front, referring to number killed and the number wounded.

The update from Hillard Heintze mentioned that there may have been a hostile work environment in Municipal Building 2, and Hoskins said he would like to have more details. Arnette Heintze specifically mentioned that some investigation interviews mentioned hostility against African American employees, specifically.

“It was just a normal day, and then it seemed like [Craddock] just decided to kill people," Hoskins said. "Although, you know, people don't just decide to kill people. The fact that a hostile environment had been created, the fact that others said that the place is toxic. All departments. Something needs to be looked into.”

Hillard Heintze officials estimate their report will be finished mid-November. The Virginia Police Department expects its report to conclude in several months.