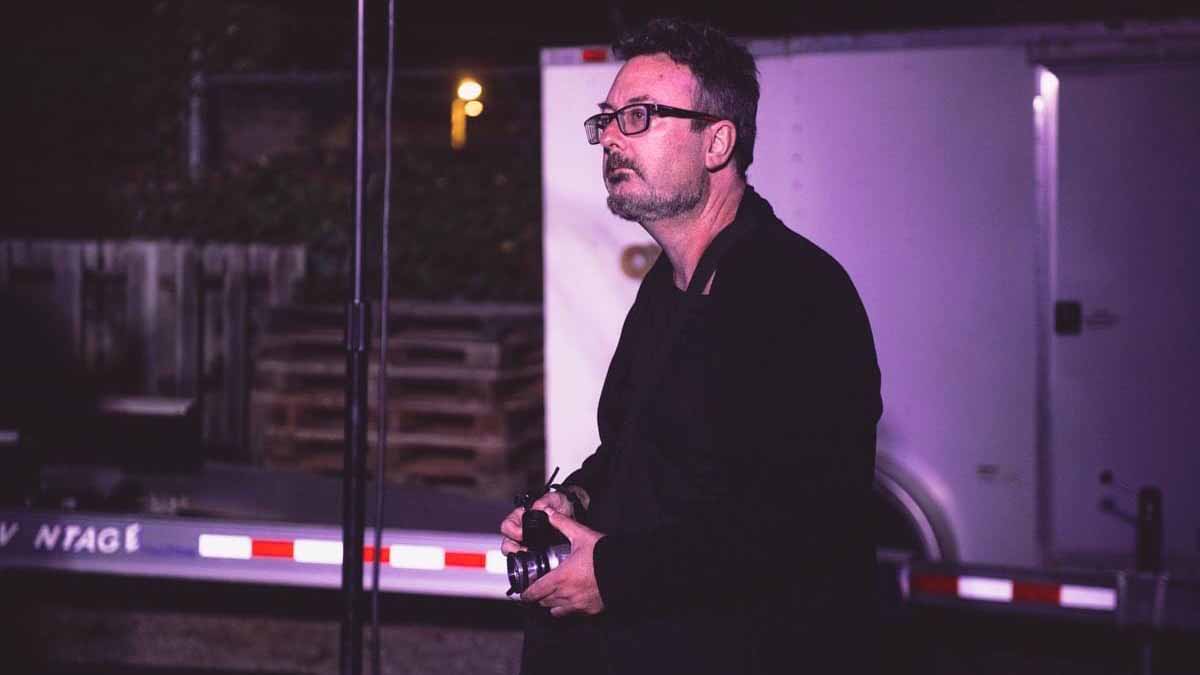 Photo courtesy of Joe Justice. "He really brought a lot of strength to this area as far as like covering the scene," Virginia Beach songwriter Dariel Clark said of Hewitt.

Like many others, I met Jeff Hewitt through music. I saw him in the crowd at my band’s show, with a camera hung around his neck, and his body arched sideways across the stage to capture the perfect angle.

I woke up the next morning to find an in-depth review he had written for his blog, The Antonym. It included photographs of all the bands that had played, descriptions of their style and links to their music.

I couldn’t believe that someone had taken the time, or cared enough, to do this. He even took the photos on film and developed them the night of.

Sadly, Hewitt won’t be in the audience anymore, after he was killed in a moped crash in February.

My experience with Hewitt was shared by many other local musicians, like Virginia Beach songwriter Dariel Clark.

“He really brought a lot of strength to this area as far as like covering the scene," Clark said. "There wasn’t a whole lot of people that was out there covering it the way he was."

A few friends of his called him a renaissance man. And when you list his talents, it’s easy to understand why: poet, actor, musician, comic book illustrator.

"Like his voicemail says, you know what I’m saying. ‘I do many things and you’re probably calling me for one of them right now,’” Clark said with a chuckle.

In 2019, Hewitt became the president of the Poetry Society of Virginia. He’d been performing and cultivating the spoken word poetry scene in Hampton Roads for years.

Cheryl White is the Executive Director at the Elizabeth River Trail. She said she met Hewitt in the late '90s when he hosted an open mic night at the Casablanca Cafe in Virginia Beach.

She was excited about the leadership he brought.

“He also pushed the poetry society to branch out and really embrace some of the kind of younger, spoken word slam artists that were not represented and 20 years deep had been performing in the area and leaving a really beautiful mark on the poetry scene here," White said.

Before Jeff started the Antonym, he honed his skills as a music writer and photographer for the digital publication AltDaily.com.

The site, which was founded in 2009 and purchased by The Virginian-Pilot in 2014, was a gathering place for creatives and a driving force behind Norfolk’s NEON District.

In 2019, the Pilot’s new owners, Tribune Publishing, decided to shut down the site and remove its Facebook page.

A group of past writers and community activists, including Jeff and Cheryl, took it upon themselves to preserve the 10 years of content on the site.

“This was an entire historical catalog of not just our local history, but also this era of kind of crowd-sourced journalism. You could go out and have people write about things that they were passionate about,” White said.

In the wake of AltDaily.com, Hewitt created AltDaily.org with the message, “It’s your community. Take it back with us,” posted on its web page.

Outside of poetry and photography, he was a progressive activist.

Here's a quote from him at a 2017 City Council meeting, advocating for the removal of a Confederate monument in downtown Norfolk:

“The statue reads ‘Our Confederate Dead’ right on the front. And I ask you who you think ‘our’ means in that sentence. Do you believe that in a city that is over 43 percent African American, ‘our’ means everybody that lives here? It is time to take it down because statues like these are not built for the dead, they are built for the living. And it is with the living that our concerns should lie.”

It’s been more than a month since Hewitt died, and plans for a funeral service at The NorVa have been postponed due to the coronavirus outbreak.

But while that’s on hold, the grieving process continues for his friends and family, including his teenage son Oliver.

"I just feel really desensitized to all of it. Like I’m pushing it into a box that can’t be opened yet,” Oliver said.

And for someone who was everywhere, Oliver said, “He really hated social interaction, but he knew how much it meant to other people. I think he would be shocked at how much people have been affected.”

Maybe that’s because Hewitt's work benefited so many.

Fellow poet Cheryl White said, “I know that he will be a loss. But what he has given us, and the example that he has in his life to really live by his values and his beliefs, and to be vocal and to be active in the community is something that I hope is going to carry on in so many of the lives of the people that he touched.”

Read through a few of the last entries on Hewitt’s blog and one word sticks out: Life.

It’s there in the smiles of the performers, the passion in their faces and the colorful writing that Hewitt used to capture the community.