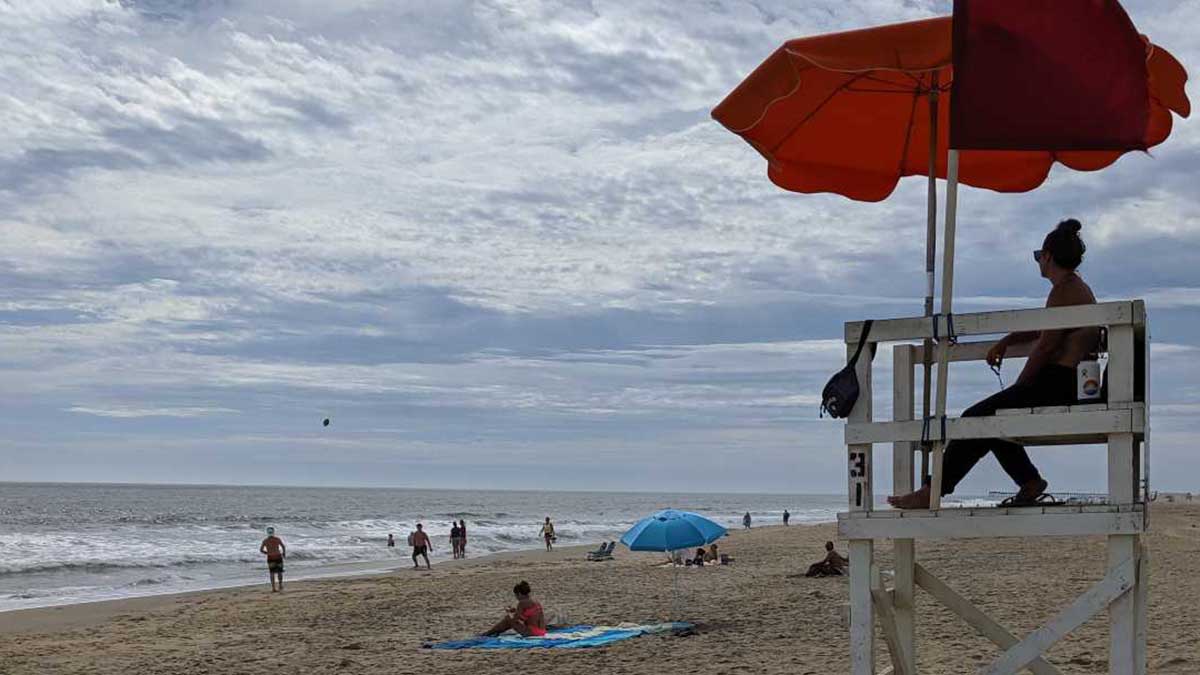 Thursday morning was quiet with consistent wind and waves at the oceanfront. Red flags were up to alert swimmers to quickly changing conditions.

Residents across Hampton Roads are preparing for Hurricane Dorian in various ways. Some on the oceanfront are taking it pretty easy, but as WHRV’s Rebecca Feldhaus Adams reports, lifeguards are watching conditions closely.

Swimmers and sunbathers are still out, in the lower numbers after Labor Day. And for the most part, they don’t seem deterred by the red warning flags flapping in the breeze from lifeguard stands.

"It’s great now," said Tom Gill, chief of the Virginia Beach Life Saving Service. "I think it’s going to be awful tomorrow. Don't get in the water. And then I think this weekend, looks like it could clear up and be pretty nice again."

Gill's team is most concerned about sustained wind and waves. He estimates if the storm hits at high tide, the water could reach all the way to the boardwalk. While the vast majority of people heed warnings to leave the beach in dangerous conditions, Gill says there are always a few thrill seekers who dive right into the crushing conditions.

"They’re putting the first responders and the emergency personnel--who need to be responding to true emergencies--having to deal with what they think is a great adventure and very exciting. Don’t do that."

He  suggests anyone on the beach remain watchful and check in with lifeguards for updates. Even after the storm passes, he advises visitors to take care when swimming and stay near lifeguards. A hurricane changes the outline of the beach floor, which can create new riptides, sand bars and under water hazards.