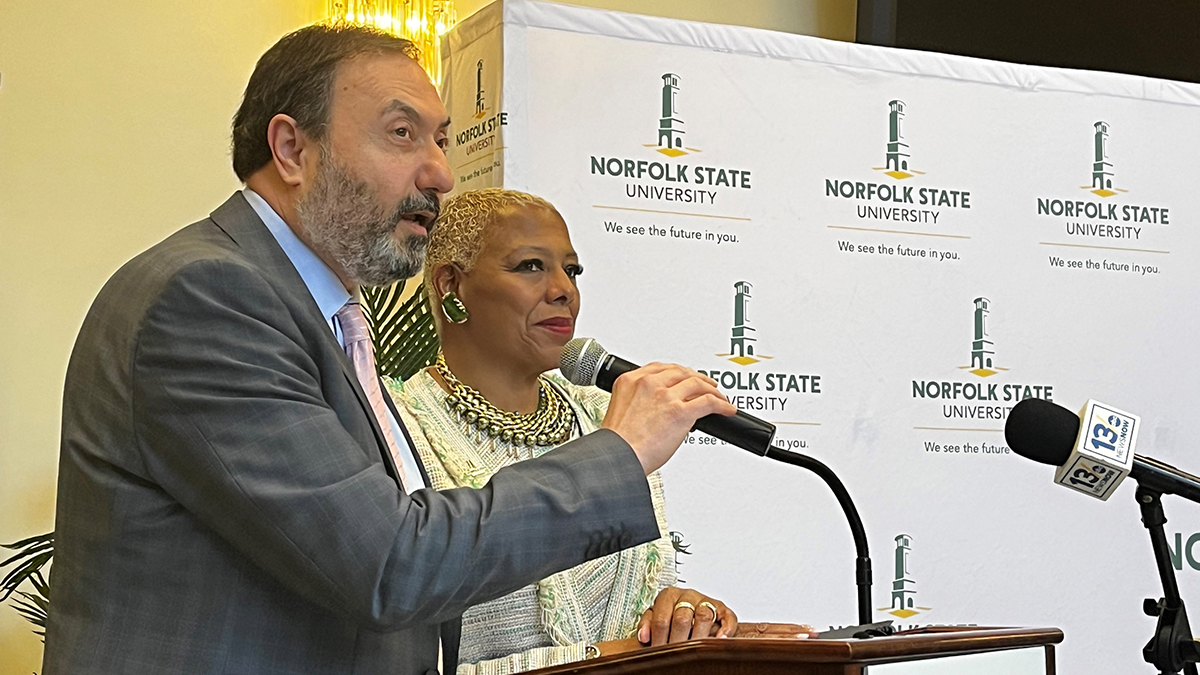 The initiative will fund joint research projects on health equity issues featuring faculty and students from both schools. It will be known as "ENRICHe" — short for the "EVMS-NSU Research and Training Incubator for Collaboration and Health Equity."

Research has shown that health outcomes are sometimes wildly different between Americans based on their race.

Norfolk State President Javaune Adams-Gaston said those inequities have persisted because of a lack of focus on removing them.

“We intend to make the differences that create lives that are not lost far too early, that we do not have loss of our babies because we have not been able to get people the resources they need,” Adams-Gaston said at the announcement of the collaboration Tuesday morning.

The schools will contribute $250,000 each into a grant fund to support the research efforts. Adams-Gaston said she this initial half-million is meant to be seed funding and they are hoping for additional contributions in the future to underwrite further research.

Scholars note that some health disparity issues are born from a lack of minority representation among medical practitioners.

Data from the American Association of Medical Colleges shows only 6% of practicing American doctors are Black or multiracial. Less than 6 percent of physicians are Hispanic.

In contrast, about 31% of the greater Hampton Roads population is Black.

“We know that to improve health outcomes, our health care workforce needs to mirror the diversity of our communities,” Abuhamad said Tuesday.

The collaborative research efforts are meant to give the students from Norfolk State - a historically Black univeristy - exposure to medical careers and show them different pathways into health and medicine.