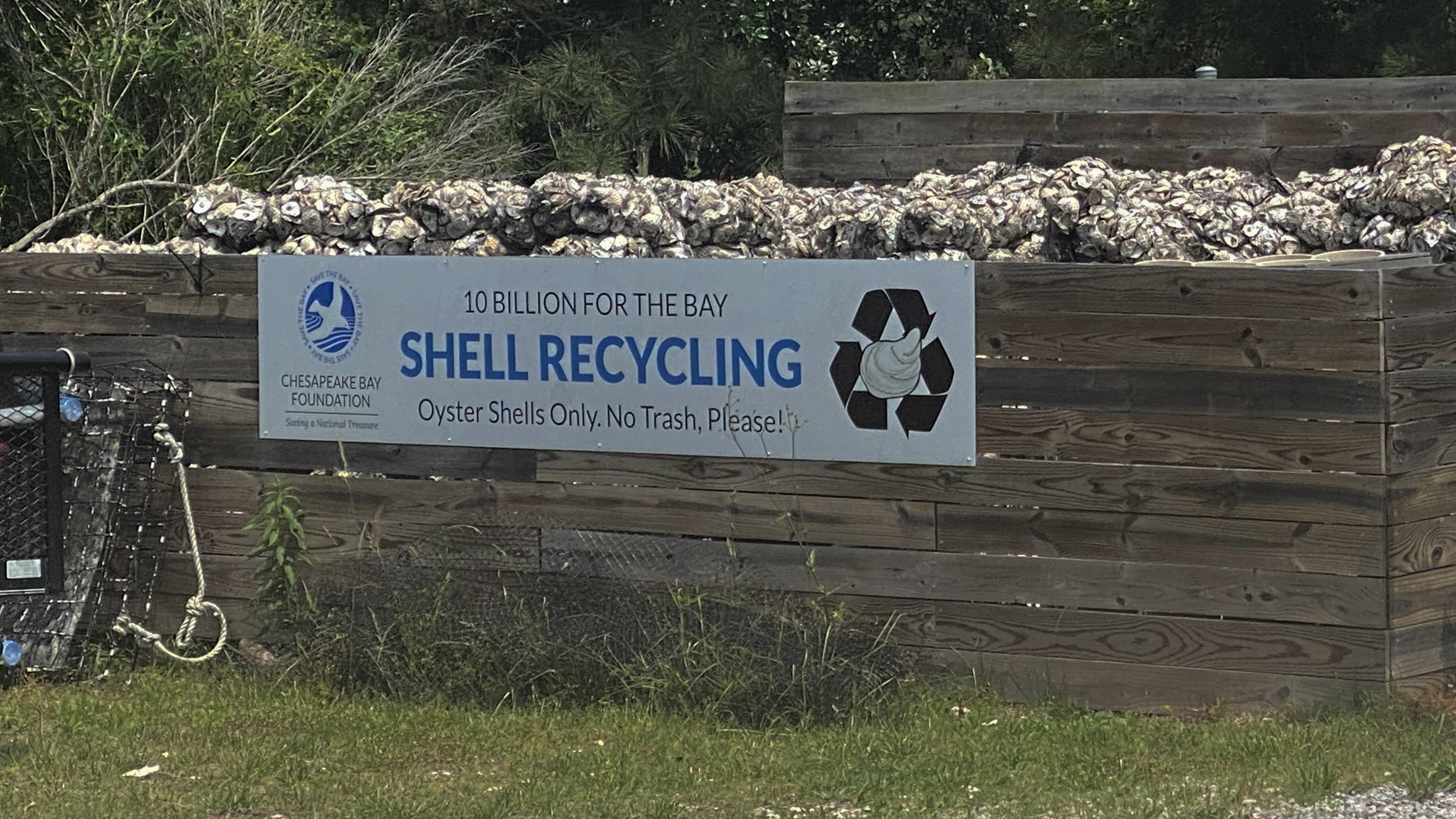 After you eat an oyster at Todd Jurich’s Bistro in downtown Norfolk, restaurant staff toss what’s left on the plate into a plastic bucket stored in the restaurant’s walk-in refrigerator.

Then, once a week, the Chesapeake Bay Foundation stops by to pick up hundreds of shells.

The nonprofit and other local environmental groups clean and cure the old oyster shells, then use them to build new reefs on which baby oysters can grow.

A proposed Virginia law would reward those who donate recycled oyster shells for this purpose.

Virginia Beach Republican Del. Tim Anderson and Williamsburg Democratic Sen. Monty Mason want to give tax credits to restaurants like Todd Jurich’s that do it.

Their companion bills stipulate the credits would only apply to people who donate, not sell, the shells to a restoration nonprofit or the Virginia Marine Resources Commission.

Todd Jurich’s has been recycling the shells for years, along with dozens of other restaurants around the state.

Jurich — the bistro’s owner and namesake — said he lives on the Chesapeake Bay and has witnessed restoration work transform it in recent years.

“It used to be not more than five or so years ago, you couldn’t even eat an oyster out of Lynnhaven Inlet,” he said. “So it’s really good to see them cleaning it up. And I’d like for it to continue.”

He said it would be nice to be reimbursed for doing the work. It would also be a nice boost for local restaurants after coming out of the pandemic.

The Bay foundation, which is pushing for the bills in the General Assembly, hopes the tax credits will incentivize others to start recycling their shells.

Oyster populations are slowly rebounding, the foundation said, but a limited supply has driven up the cost of shells.

The nonprofit and others doing local restoration work are part of the Chesapeake Oyster Alliance, a coalition that aims to add 10 billion oysters to the bay by 2025.

Each oyster can filter up to 50 gallons of water each day.

The goal is meant in part to help states in the Chesapeake watershed meet federal pollution reduction targets the same year.