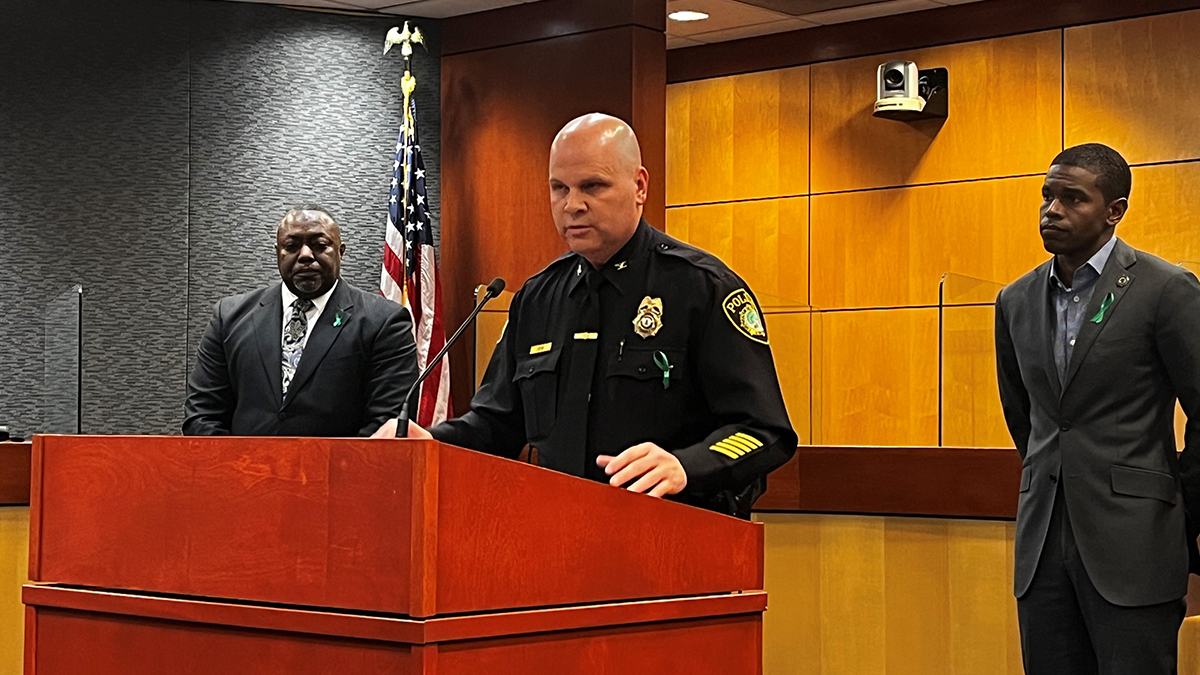 The family of the 6-year-old who shot his teacher in Newport News earlier this month released a statement Thursday addressing the incident for the first time.

They said the child suffers from an "acute disability" and was under a care plan with Richneck Elementary School that allowed one of his parents to attend class with him every day.

The week of the shooting, they said, was the first time they didn't.

"We will regret our absence on this day for the rest of our lives," the family wrote in the statement, released through Newport News defense attorney James Ellenson.

Newport News police said the child drew a 9-millimeter handgun and pointed it at 25-year-old Abby Zwerner while she was teaching a lesson to the first-grade class. He fired once, hitting her in the hand and upper chest, according to Police Chief Steve Drew.

Zwerner is still hospitalized and recovering from her injuries.

The handgun was legally purchased in Yorktown by the boy's mother, police said.

In the family's Thursday statement, they said the gun was secured.

"Our family has always been committed to responsible gun ownership and keeping firearms out of the reach of children," they wrote.

The statement doesn't clarify how the boy accessed the gun.

Police initially confirmed officials took out a temporary detention order for the child, the same kind of involuntary order used for people experiencing mental health crises. It lasted for 96 hours.

Police have declined to say when it was issued or if any actions have been taken since.

The family said the child has been under hospital care since the shooting.

Officials have not announced any charges against the child or parents in the case. Legal quandaries would surround any attempt to charge the 6-year-old.

Last week, Superintendent George Parker told parents that an administrator at Richneck was notified that a student may have a gun hours before the boy shot his teacher.

The district now plans to install metal detectors in all of its schools and also discussed distributing transparent backpacks to students.

At a long and tense Newport News School Board meeting earlier this week, parents and teachers complained of failures by Richneck's administration. Some said they've lost faith in the district's leadership.

Richneck has been closed to students since the shooting. Officials still haven't given a firm timeline for when it will reopen.