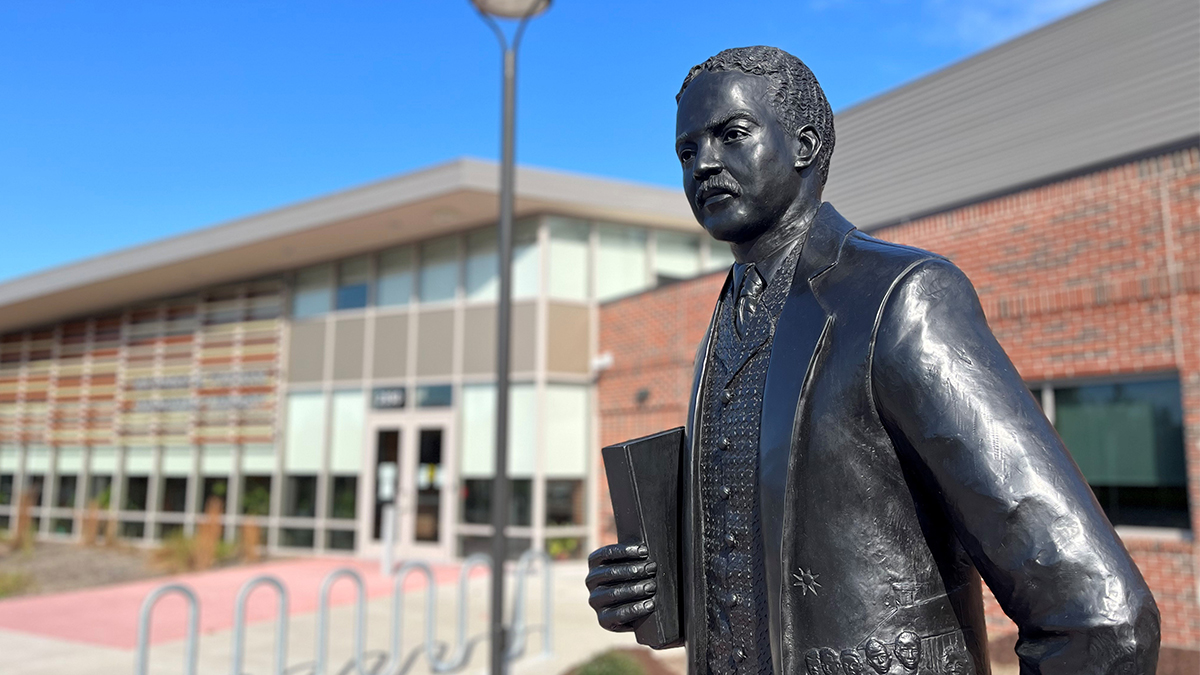 For decades, a school in Norfolk’s Southside bore Richard A. Tucker’s name.

Last year, a new library in Campostella opened as the “Richard A. Tucker Memorial Library.”

And now, the form of the man himself cast in bronze stands in Campostella.

Tucker’s obituary in Norfolk’s Journal and Guide newspaper noted that he loved art - especially painting and sculpture. He also dedicated his life to educating Norfolk’s Black community during school segregation.

Tucker was born in what is now the Berkley section of Norfolk in 1850.

After the Civil War, Tucker headed to Howard University in Washington D.C. He completed a degree in theology in 1874.

Tucker returned to Norfolk in 1876, after a couple of years of mission work in North Carolina. He became the city’s first ordained Black Baptist Minister.

On his return, he was also hired as a school teacher and settled into a long career in education.

At the same time, things were shifting.

The Jim Crow era - the period after Reconstruction where rights were systemically stripped from Black communities and racial segregation was codified - was dawning.

Norfolk approved plans for its first school to serve exclusively Black children while Tucker was a teacher.

When the school opened in 1888, Tucker became the first principal of what was then Cumberland Street School in what is now Downtown Norfolk. It was later renamed the S.C. Armstrong School before being torn down.

Tucker was such a major figure in Black education that Norfolk named a new school in Campostella after the educator in the 1940s.

Decades later, another son of Berkley became the principal of the Tucker School.

Mervin McCoy is Black and attended Norfolk’s segregated schools in the 1940s and early 1950s.

After military service and a few years teaching in Memphis, Tennessee, McCoy returned to Norfolk and ran the Tucker School from 1976 until 1981.

“It was my first principalship and it was a very rewarding experience being able to follow in the footsteps of such a great individual as Richard Allen Tucker,” McCoy said.

McCoy said everyone in the community, including the students he taught, knew not just Tucker’s name, but his legacy.

The Tucker School closed down in 2011.

McCoy, who is Black, said it’s meaningful to both him personally and the community that Tucker is being memorialized.

"Tucker is a person that many - not only African Americans, but just many Americans in general - can look up to as an educational leader who did great things during his lifetime,” he said.