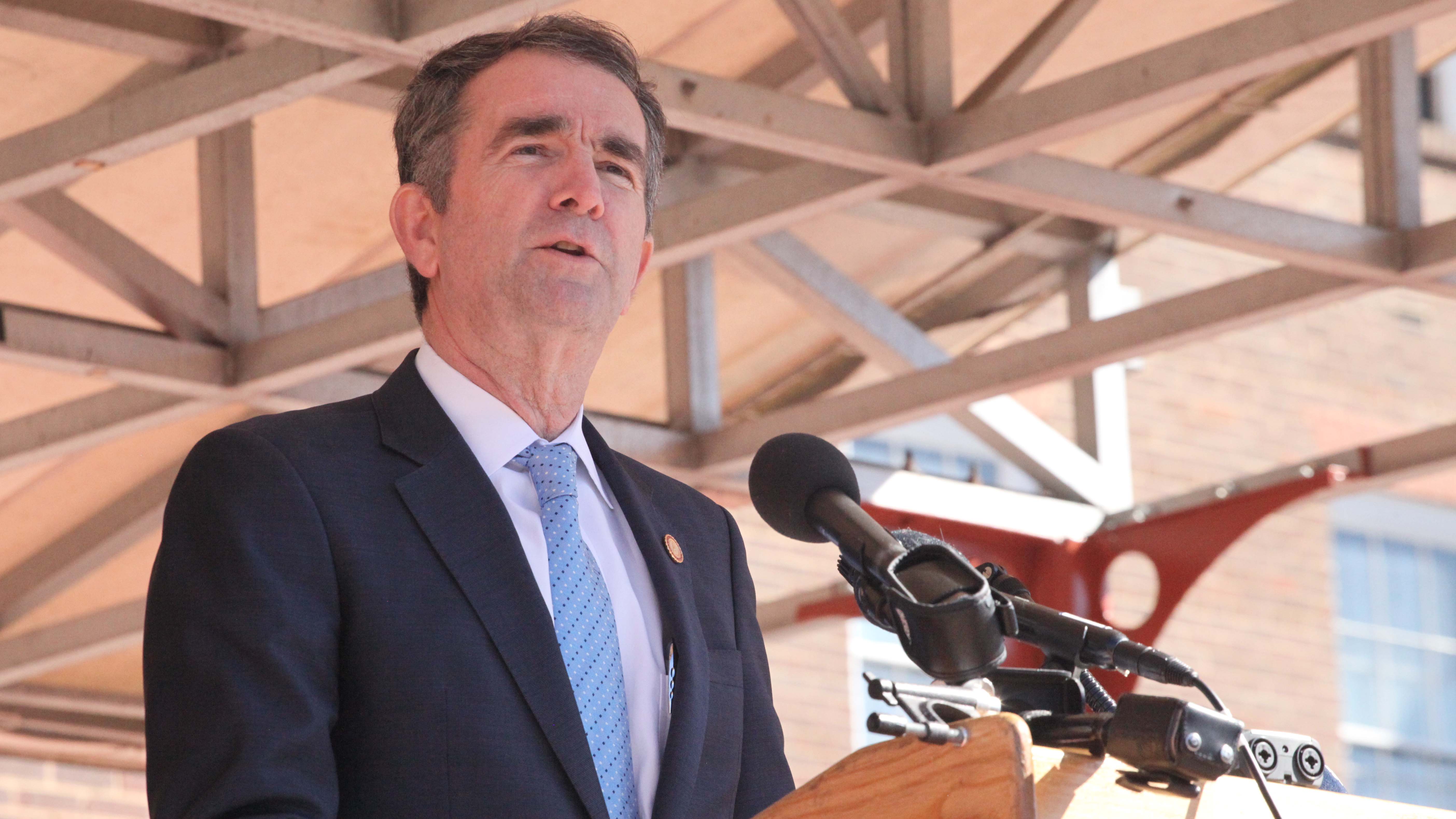 Photo by Eli Wilson via Shutterstock. After a racist photo was found on his yearbook page, former Gov. Ralph Northam went on to implement several progressive policies with support from his party.

It’s been about 10 months since Virginia voters put an end to eight years of Democratic hold over the Executive Mansion and elected Gov. Glenn Youngkin.

Buttressed by Democratic gains in the legislature, the pediatric neurologist made sweeping changes to Virginia law. He signed laws that expanded Medicaid, ended the death penalty, legalized the recreational use of marijuana, tightened gun-control laws and eased voting rules.

Edds’ book — “What the Eyes Can’t See: Ralph Northam, Black Resolve, and a Racial Reckoning in Virginia” — focuses on how the discovery of a racist photo on Northam’s medical school yearbook page, featuring a man in blackface and another in a KKK robe, altered the governor’s understanding of racial injustice.

Northam resisted calls to resign from his own party to pass what Edds argued is Virginia’s most racially progressive agenda in more than a century. The book also details how Northam rebuilt his relationship with Black lawmakers and began to grapple with how privilege had affected his career.

The following was edited for length and clarity.

Ben Paviour: Was that Ralph Northam in the yearbook photo of a man in Blackface in the KKK robe?

Margaret Edds: I'm happy to answer that question, but that's the start of the book. And for me, it's really the take-off point. The book, it's about much more than that. And the answer to that is, I really don't know.

I think that it was not him, but I cannot say that with 100% certainty. The reason I think that is that truthfulness is a really core value for him. But beyond that, I think if he had been lying about it, there were at least a couple of other people who knew for sure. And if they had come forward, he was risking not only his governorship but his entire reputation.

B.P: One of the things that struck me about reading your book was Northam's childhood was actually relatively diverse. The community you grew up in, the schools he went to. Can you talk a little bit about how that influenced his thinking around race or didn't?

M.E: I really think he had the most racially integrated childhood of any prior Virginia governor. He grew up on the Eastern Shore. His parents kept him in public schools when the schools were integrated, that was unusual.

He had a lot of Black friends. He has Black friends there now who consider him one of their closest associates. And yet, I think they had not had the deep conversations about race.

And that is so true of many Black-white relationships. So there really was a learn a deep learning curve for him in this. And to his credit, he was willing to do that work.

B.P: Northam, according to your reporting, asked State Senator Jennifer McClellan to run for lieutenant governor rather than governor at one point, and he ended up endorsing the white politician, a sort of establishment politician, former Governor Terry McAuliffe. And there was a really striking quote from McClellan in your book saying "Given what I did for him, I felt in a lot of ways used."

What did you make from that episode in that interview you did with McClellan?

M.E: Well, I took from that that that was a mistake that Ralph Northam made.

I think at the time he felt convinced that Terry McAuliffe was almost certainly going to win. I think his political advisors thought that it was an indication that he had recovered from the Blackface scandal, but people still wanted his endorsement. But really, what he wound up doing was creating animosity, even that probably he would be better served, in my opinion, not to have created.

B.P: I think there's a couple of ways too many ways to see Northam's tenure. One is that he recovered from the scandal and became one of the most progressive governors in Virginia's history. Another one that maybe doesn't rule out the first one is that he just got lucky. There was a series of scandals that engulfed other leadership, and the party was kind of forced to accept that he was going to stick around.

How do you see those two factors playing out in the three years that followed his the scandal?

M.E: I think luck was a very important factor in his ability to stay in office. He thinks that he could have ridden it out and possibly he could have. We don't know. But undoubtedly, that removed a lot of the pressure.

I think the other key ingredients was that he has an extraordinary personal determination. If he sets out to do something, he puts his whole self into it. And he did in this case.