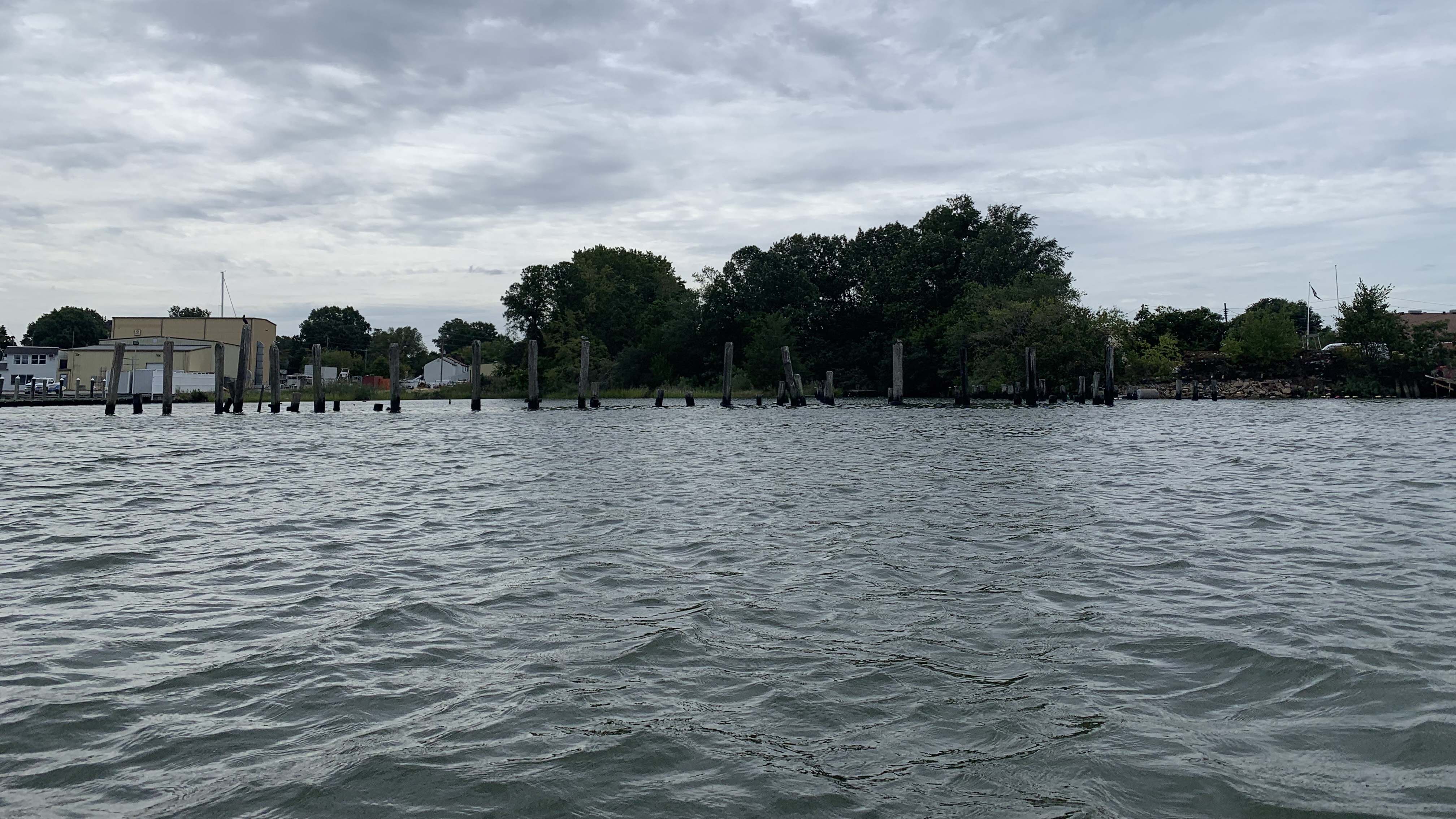 Photo by Katherine Hafner. A section of the Hampton River as seen September 2022. The Community Flood Preparedness Fund has sent millions to Hampton for projects including a living shoreline along the river.

In a recent letter to the state, 17 Hampton Roads cities and counties said they oppose a proposal for Virginia to leave the Regional Greenhouse Gas Initiative.

Doing so is a priority for Gov. Glenn Youngkin, who says Virginia’s participation is driving up energy costs for residents.

But local officials said they’re concerned because they’ve come to rely on the initiative, often referred to as RGGI, as a funding source for work to improve flood protection.

“The Hampton Roads region is significantly vulnerable to both current and future flooding,” they wrote in the letter, attributed to board chair and Norfolk Councilwoman Andria McClellan.

“Until an alternative source of revenue for the (Community Flood Preparedness Fund) has been identified, any decision to remove the Commonwealth from RGGI will be premature.”

Virginia joined the program in 2020. It makes power plants of a certain size buy allowances for their carbon dioxide emissions and sell them at periodic auctions.

That money is then divided among the participating states.

In Virginia, almost half goes to the Community Flood Preparedness Fund, for which there’s no other funding source. The fund has received more than $200 million.

Communities can apply for money through the CFPF to implement projects or planning work to reduce the impacts of local flooding.

Half of the money granted under the program so far – about $25 million out of $45 million total – has flowed to flood-prone Hampton Roads.

“We are the most vulnerable region in the state,” said Ben McFarlane, senior regional planner for the Hampton Roads commission. “So having this source of funding has been a huge deal for our communities.”

Some of the local projects include living shorelines and a “resilience park” in Hampton, stormwater upgrades in Virginia Beach and environmental studies in Chesapeake.

McFarlane said that’s why the commission felt compelled to comment on the issue.

It’s especially hard for small, rural localities with limited staff to do the work on their own or submit lengthy grant proposals, he said.

In an executive order earlier this year to re-evaluate Virginia’s participation in RGGI, Youngkin said the initiative has led utilities to pass on costs to ratepayers.

Dominion Energy added a $2.39 average charge to customers’ monthly bill to recoup what they said was $168 million in costs to comply with RGGI. After legal challenges, the Supreme Court of Virginia ruled in favor of Dominion’s charge just last week.

The Hampton Roads localities acknowledge that concern in the recent letter.

“However, we also believe that energy costs cannot be the only factor in reconsidering” whether to leave RGGI, the officials wrote.

“It means that the projects will not get done.”