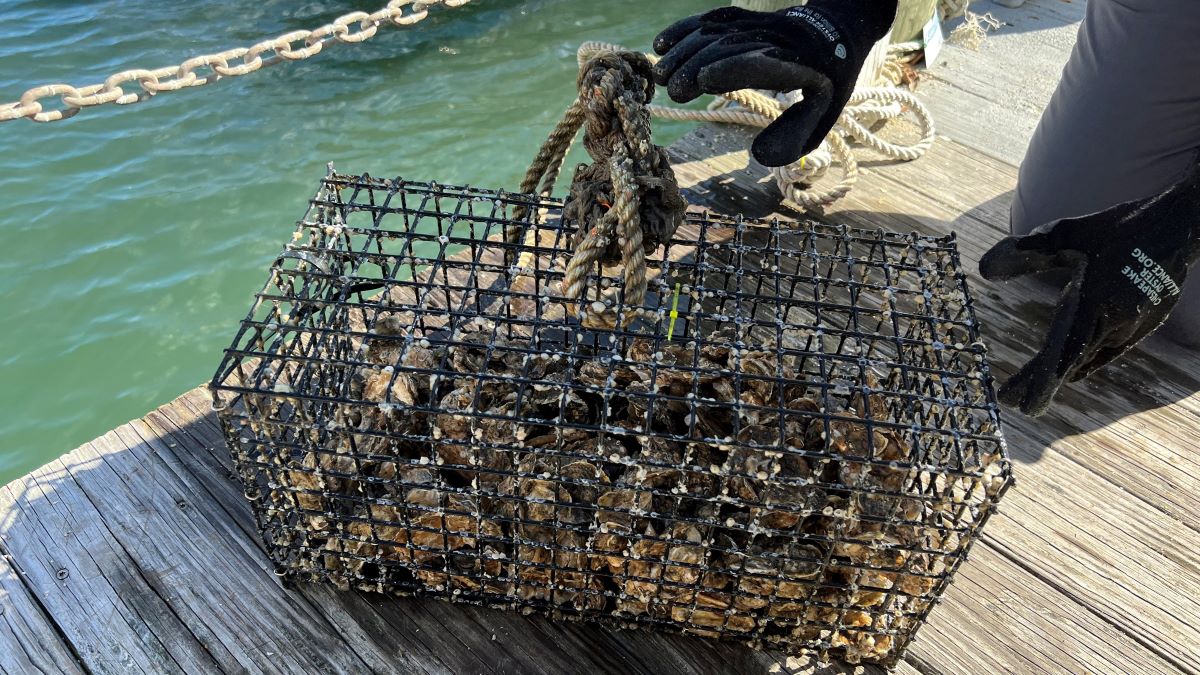 It’s a sunny day in late October. Perfect weather, it turns out, to harvest oyster shells.

Five 4th graders from the Kilgore Gifted Center talked over each other, excited to show off the oyster shells they’d found. The students have been studying the molluscs in class and came out to get some hands-on experience with the resurgent creatures.

Hampton was once home to a thriving oyster industry, though little remains 100 years later. But the oysters themselves are back on the upswing.

Tanner Council manages the Chesapeake Oyster Alliance, a coalition of nonprofits across the Bay region working to boost the oyster population. They have an ambitious goal: Add 10 billion oysters to the Chesapeake by 2025.

“There's a lot of organisms out there that are filter feeders,” Council said, “but nothing comes close to the prolific filtering power of the oyster.”

Those filter feeders remove excess phosphorus and nitrogen from the Bay - major sources of pollution that’s been the focus of the Bay’s cleanup effort for decades. Fewer of these elements means fewer harmful algae blooms, which suck oxygen from the water and create dead zones in the bay where no life can be sustained.

Oyster reefs also provide habitats for other Bay dwellers. Overharvesting, disease and increasing levels of pollutants took their toll – globally, 85% of oyster reefs have been lost in the last 200 years.

As old reefs are covered by silt, there are fewer places for juvenile, shell-less oysters to latch onto and grow.

That’s why recycling oysters is such a high priority for Bay restoration, said Council. As more empty shells are returned to the Bay, young oysters have more places to latch onto.

Hampton recycles more oysters than any other locality on the bay – roughly 30,000 pounds of shells in the last 12 months.

“Oysters are so intertwined with the identity of these cities in the Chesapeake Bay region. And Hampton is no different,” said Joe Reustle, an assistant professor of marine and environmental science at Hampton University. He says oysters are compelling for ecological reasons as well as cultural ones.

“And so there's lots of folks interested in oysters from that perspective, right, to help bring in increased coastal resilience,” said Reustle. “But there's also a lot of interest in returning the oyster back to people's tables.”

“Each individual shell that we get from a restaurant has the possibility of becoming a home to ten oysters,” said Lutzow, “which will then become a home to ten more, and ten more and ten more. So it really is – that one shell is so important.”