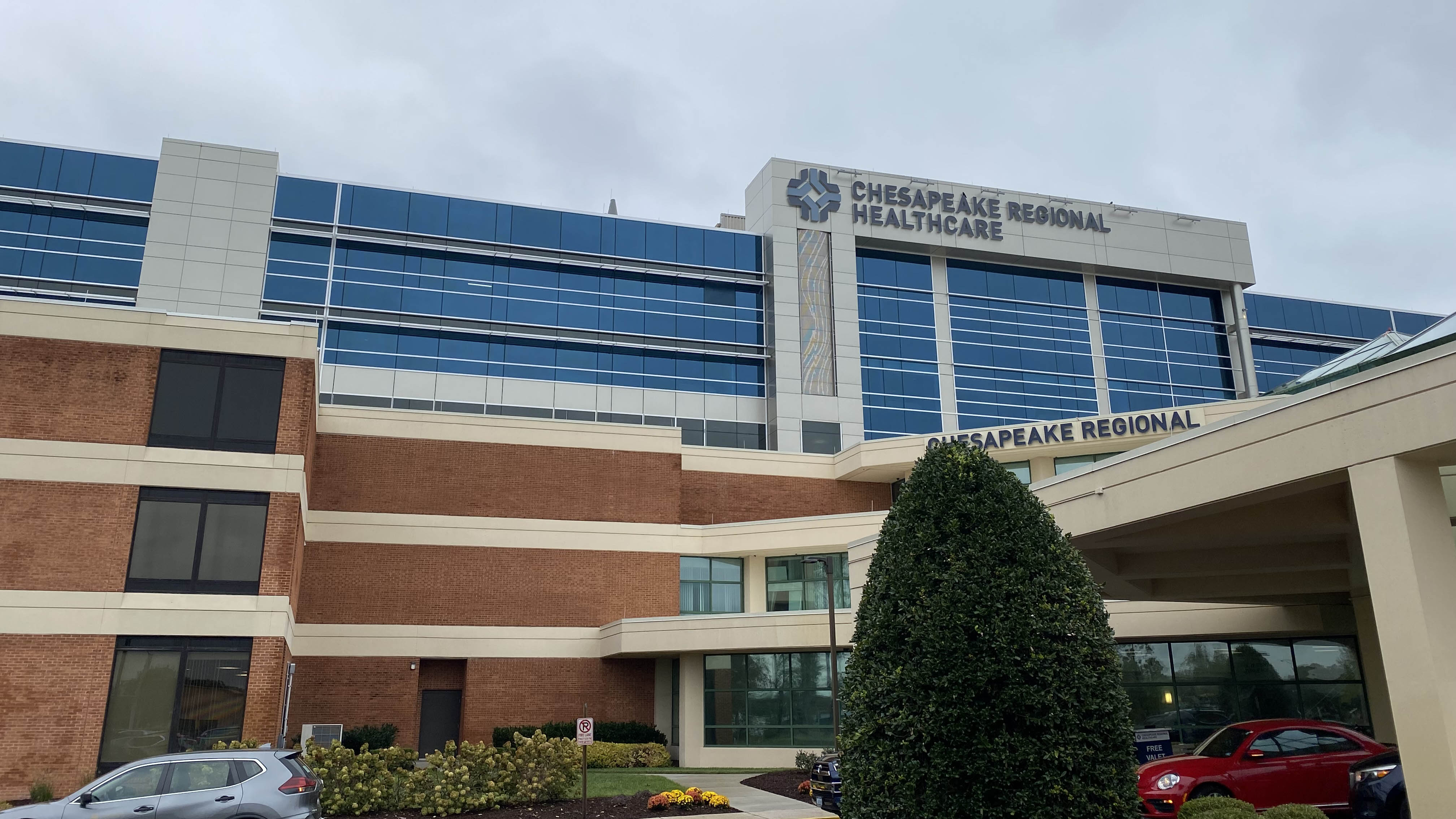 Photo by Katherine Hafner. Chesapeake Regional Medical Center on Battlefield Boulevard on October 4, 2022. The new critical care tower is to the top left of the main entrance.

Chesapeake Regional Medical Center is set to open a 72,000-square-foot new section of its hospital called the critical care tower.

The center on Battlefield Boulevard — the only independent hospital in South Hampton Roads — broke ground on the project almost three years ago.

It’s part of a $150 million expansion that includes a new cancer center, which opened last year. The price tag has risen from $85 million when the plans were announced in early 2020.

“We’re spending in the aggregate about 16 years of profit — all within two or three years,” Chesapeake Regional CEO Reese Jackson told WHRO a few months ago. “It’s rather significant. … It’s to serve present and future generations.”

The critical care tower, which will open for patients next week, features a new intensive care unit, space for cardiac diagnostic testing and a new operating room.

Officials hope to eventually use the latter for an open heart program the hospital’s been planning for years. That can’t happen until they win a protracted battle for state approval for heart surgery services.

Amber Egyud, Chesapeake Regional’s chief operating and nursing officer, said they will use the surgery space for other procedures in the meantime.

“Our expanded services within this tower we built for the future of our community, to make sure that we're able to care for the complexity in health care that we see evolving, especially coming off a pandemic,” Egyud said.

She said the hospital sought to “promote natural healing” in the new wing by using nature-based colors and artwork.

Nurse Jeannine Simon said they gave input down to the placement of wall outlets. Ergonomic concepts allow staff to have to move around and bend less, for example.

“Hospital work is still very manual work in many ways,” Simon said. “That's why it was important to design these spaces so that you had room to maneuver mechanical things such as patient lifts, to help take some of that burden off of the clinical staff members.”

The next step of the hospital’s expansion is renovating and expanding postpartum rooms for mothers and babies.

Hospital officials said in a news release they want to create a “spa-like atmosphere and family centered care.”

That renovation is expected to be completed next fall.