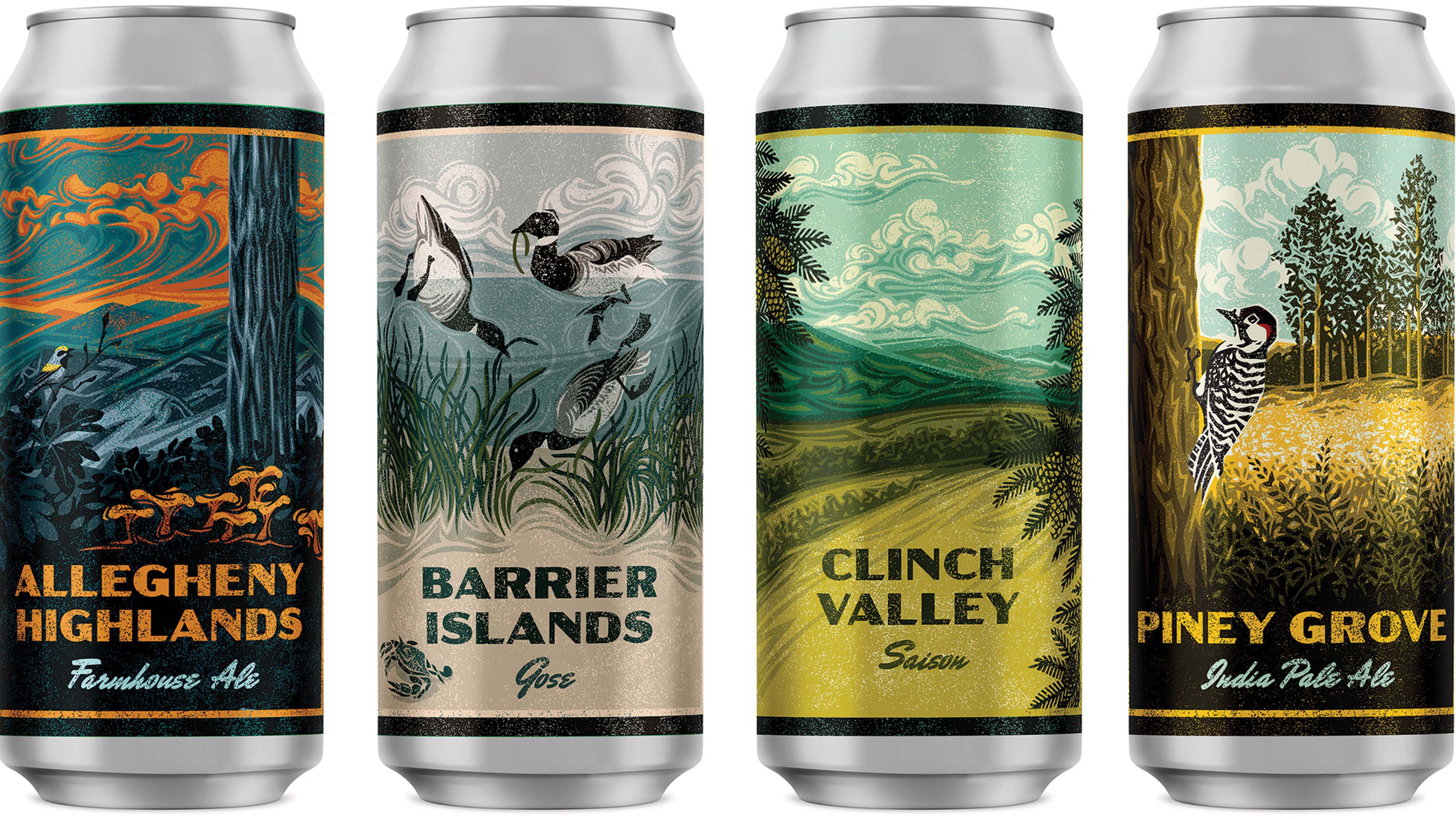 Photo courtesy of The Nature Conservancy. The 2022 OktoberForest Virginia collection, including a Barrier Islands Gose made using eelgrass from the Eastern Shore.

Jon Warner of Richmond’s Väsen Brewing Company spends a lot of time in his lab testing out flavors.

But this year he ventured a bit farther to collect a more unusual ingredient: eelgrass.

Warner, lab director and co-owner of Väsen, went out to the seaside bays of Virginia’s Eastern Shore alongside local scientists to grab the underwater plants for a conservation-themed brew.

Named the Barrier Islands Gose, it’s one of four beers the nonprofit Nature Conservancy launched over the weekend as part of what they call the OktoberForest Virginia Collection.

It “offers an expression of Virginia’s lands and waters that you can taste in every can,” the Conservancy said in a news release.

The goal is to spur people’s interest in different local ecosystems by bringing the places straight to them. Other Virginia breweries made beers with longleaf pines, red spruce and chanterelle mushrooms.

The eelgrass brew is meant to highlight the remarkable rebound of the local seagrass species, which is important for marine critters like crabs and bay scallops.

A combination of factors including a hurricane and slime mold disease wiped out the plant almost a century ago.

Conservation efforts in recent decades have led to an underwater eelgrass renaissance with a meadow now spanning 10,000 acres.

“It’s been generations that have never even seen this environment,” Warner said. “So I think it’s just amazing to let people know that, ‘hey, this is out there.’”

He said it wasn’t hard to find the stuff during the collection process.

“There’s clumps of it just floating around everywhere and sitting up on the beach. It was literally as easy as just grabbing it up and tossing it in a bag.”

Back in Richmond, the brewers chewed some pieces to assess the intensity of the flavor. The resulting gose — a German sour wheat style — is not particularly seaweed-tasting, Warner said.

Though there’s a slight earthiness, he said he mostly tastes other flavors derived from the souring process, like apricot.

“If you didn't tell me that there was a marine plant in it, I don't think I would have known.”

Black Narrows Brewing Company in Chincoteague, which started the OktoberForest effort with the Nature Conservancy, developed most of the recipe, he said.

Currently the beer is only available at Väsen and Black Narrows.