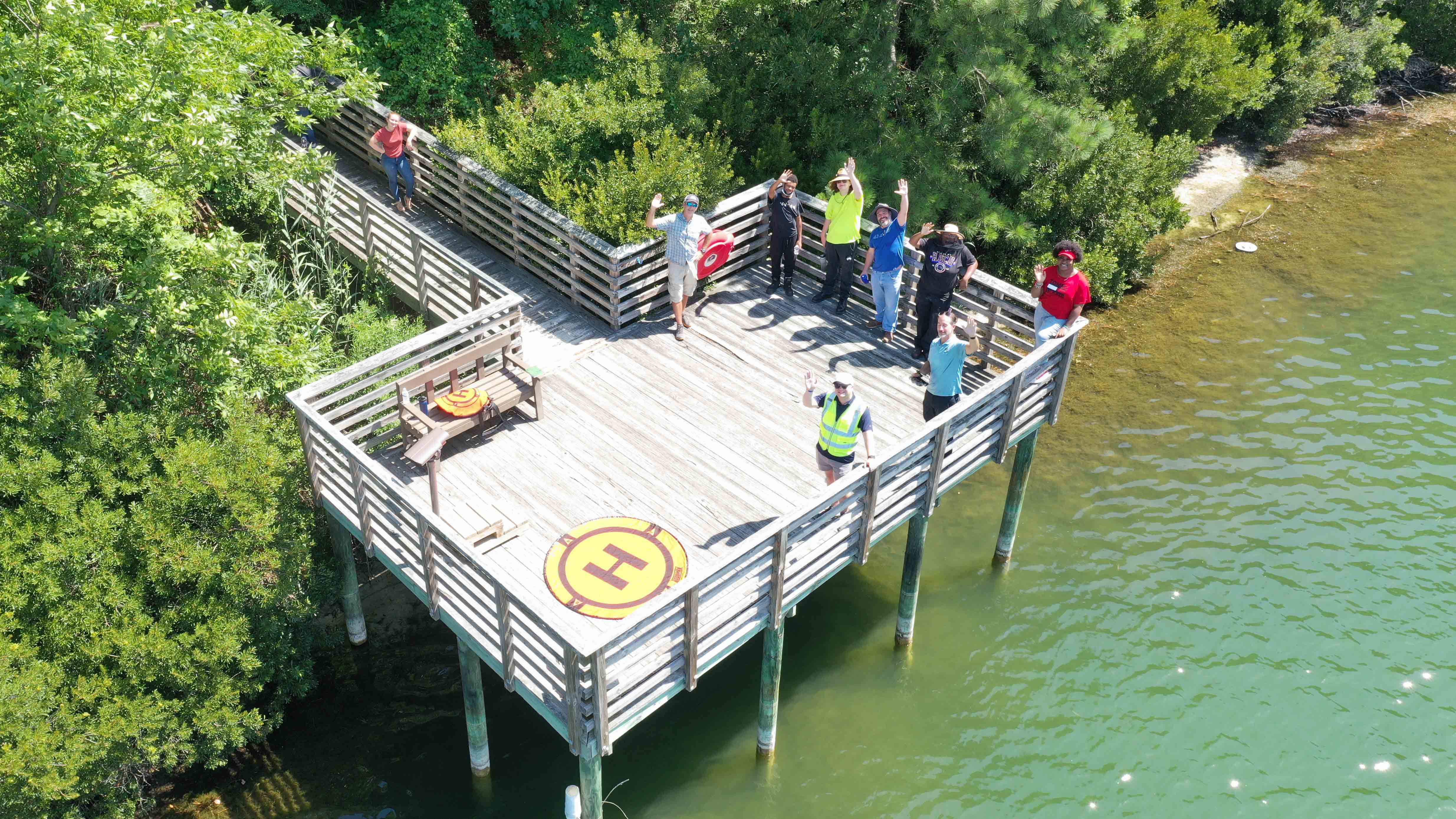 Photo courtesy of Old Dominion University. Students and staff of a STEM internship program run by the Hampton Roads Workforce Council and ODU’s Virginia Modeling, Analysis and Simulation Center at Lake Ballard in Portsmouth in summer 2022.

For several decades, local scientists have thought the manmade Lake Ballard in Portsmouth was a brackish water body.

That means there’s a good amount of salt in the water, and it’s what a researcher recorded when they studied the lake in the late 1990s. It’s part of the Hoffler Creek Wildlife Preserve.

But in recent years, things started happening there that didn’t align with that assumption.

Large flocks of gulls came to eat shad at the lake, for instance. Staff with the preserve didn’t even know there were any fish in Lake Ballard.

The Hoffler Creek preserve has been a testing ground for a few years for students in a STEM internship program run by Old Dominion University’s Virginia Modeling, Analysis and Simulation Center and the Hampton Roads Workforce Council.

The goal is to connect students with technology being used in the real world “to kind of awaken a passion or an interest,” said Patrick Ball, senior project scientist at the modeling center and on-site supervisor of the interns.

The program tasked this summer’s four student interns with investigating what was going on at the 39-acre lake. It was dug by the Virginia Department of Transportation in the 1990s as a borrow pit while building Route 164.

He joined the internship program because he loves being outdoors. Plus, he lives right near the Hoffler preserve.

The interns learned from STEM professionals on the ODU campus and went weekly to do fieldwork at Lake Ballard.

Dungan and his peers collected water samples using technical devices including a small orange bottle dropped on a line into the water. As the line is lowered, the device takes snapshot readings of salinity, temperature and more at different depths.

They also interviewed experts to learn more about the process and made a podcast — “that was all very interesting,” Dungan said.

Soon the group made their discovery: the water wasn’t brackish at all. The salt has all but disappeared, leaving Lake Ballard a mostly freshwater body.

Ball, the supervisor, compared it to a “very miniature version of the Black Sea.”

The Portsmouth lake turned out to have similar salinity, nitrogen and sulphur levels. He’s excited to dig deeper into the finding with future intern classes.

“Having natural spaces for people, especially in a very urban to suburban, developed place like Hampton Roads, is I feel very important,” he said.

“And the first step of protecting things like that is knowing as much as possible.”