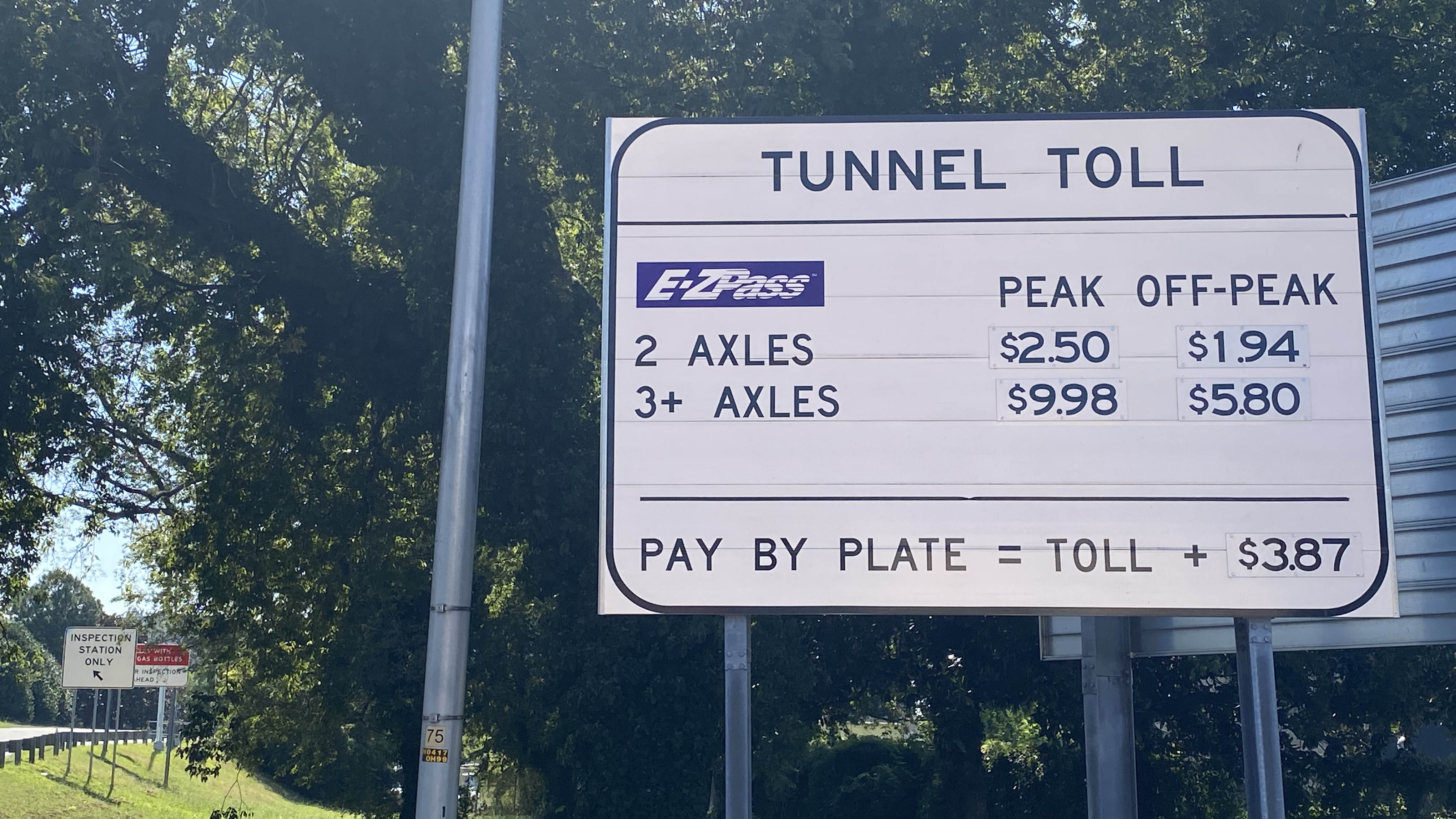 A sign displaying tolls on the Norfolk side of the Midtown Tunnel in September 2022.

Hampton Roads residents, especially those with lower incomes, have spoken for years about the impact of rising tolls on the Midtown and Downtown tunnels.

Some people in Norfolk and Portsmouth told reporters they had toll debts of almost $18,000 from traversing the tunnels for work.

Anyone in Hampton Roads who makes $50,000 or less will soon be eligible to get rebates on up to 10 transactions per week.

The rebates cover about half of each toll and will hit participants’ accounts within 24 hours.

“The recognition and the acknowledgement of the burden that is put upon some of our most vulnerable citizens, we can all understand.”

The relief program currently only covers Norfolk and Portsmouth residents who make up to $30,000.

On average there have been about 2,150 enrollees per year in the relief program, with an average monthly benefit of $21, according to the Virginia Department of Transportation. About two-thirds were Portsmouth residents.

ERC is owned by Abertis Infraestructuras, a Spanish consortium with Manulife Investment Management that bought the tunnel operator in 2020.

The upcoming changes are part of a new agreement with VDOT that boosts the company’s annual contribution for relief.

ERC has spent about half a million dollars on the program each year since it launched.

Officials plan to review how the changes play out next summer and potentially change the parameters next fall.

The updated program opens for enrollment Nov. 1. People can enroll at any time.

Participants must have a valid E-ZPass to get the relief.