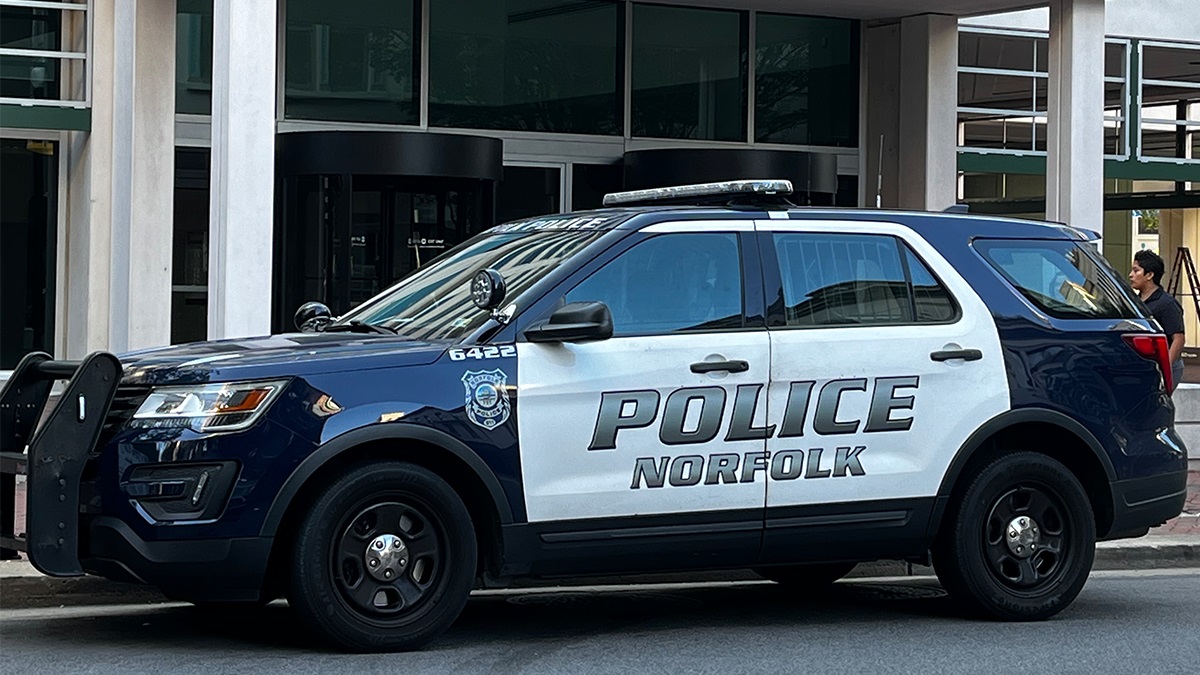 The Norfolk Police Department has shifted administrative staff to patrol duty to deal with serious understaffing. (Photo by Ryan Murphy)

This year is on pace to be even worse.

Norfolk marked its 51st killing of 2022 on Sept. 18, with more than three months left in the year.

The rise in violence is near universal in the United States. Most of Hampton Roads has seen higher murder rates, but Norfolk has felt it most acutely, in part because of some of the high-profile, multi-victim incidents that have captured public attention in recent months.

Officials have expressed frustration that efforts over the last 18 months to tamp down on crime aren’t working. Public discussion has turned to zero-tolerance policing strategies.

But what has Norfolk done so far to combat violence, and what is the city’s government planning to do next?

The first thing officials point to in the city’s crime prevention crusade are measures to bolster Norfolk’s under-strength police force.

The Norfolk Police Department would have 700 sworn officers at full staffing. Interim Chief Michael Goldsmith said there are currently between 200 and 250 vacant jobs.

The department has stepped up recruiting. Ads for a career with Norfolk Police are on public buses in New York City, among other places.

To attract and keep officers, Norfolk boosted officer pay for the second consecutive year to be the highest starting pay in the region. Despite this, vacant jobs in the police department continued to rise since the city’s budget approval in the spring.

The department is running overlapping police academies to get more recruits into the field faster. Norfolk has also enticed some retirees back into the detective division to help with existing detectives’ workloads.

In an effort to expand mental health resources and benefits for officers, the department also recently spent $750,000 on services --  including homeopathic treatments and massages.

With the city down so many officers, leadership started putting officers in administrative positions on the street to increase the number of officers on patrol at any given time.

Goldsmith said the results of that action on the administrative side of things isn’t immediately clear in the couple of months since the restructuring. He said things may take longer or public-facing offices may reduce hours.

“As we squeeze the balloon, if we see them squeezing it too much on one side, we're going to have to figure out a different path to make sure that we're able to deliver these services to the public,” he said.

After a high-profile shooting in March outside a downtown bar left three people dead, Norfolk installed temporary cameras along Granby Street. The cameras loom over the street like lampposts, with blinking blue lights on top.

He said he'll ask City Council to pay for a broader, dedicated camera network, which would be one of the more expensive initiatives.

Filer said he will also seek money for a backend system that would allow police to access private cameras at businesses who grant access.

That would start with Flock cameras, a license plate reader camera system that a couple of other Hampton Roads Cities have recently installed.

Then, Filer said the city would integrate a back-end program called Fusus, which would bring access to all the city’s cameras into one center that would let analysts monitor them in real-time.

“We'd love to believe that Norfolk is a city where we would not have to put cameras everywhere, we would not have to have databases filled with data to try and help us investigate certain spots. You know, I think we all would rather that we not have to do that,” Filer said. “But I think it's clear we're going to have to make this investment.”

“I feel like almost every day we're seeing footage from some city where the folks perpetrating a heinous act are sitting right there on the camera,” he said. “While this may not ultimately provide an immediate deterrent effect to crime, bringing on this new technology is going to help us solve crime. And eventually you'll arrest enough folks that hopefully that arrest rate will then create a very serious deterrent to crime.”

He said the city will start rolling out the camera system by targeting areas where shootings are happening.

Private businesses would not be required to participate, but could opt in to allow police to view their camera feeds as well.

GROUPS AIM TO STOP VIOLENCE BEFORE IT STARTS

Norfolk leaders want more boots on the ground in the community who aren’t police officers and who can try to help defuse tensions before they escalate to violence.

To that end, the city contracted with the Newark Community Street Team late last year. Touting their work in Newark, New Jersey, and Watts, California, the group trains people to mentor and mediate disputes in the community.

That group completed its first round of training for on-the-ground interventionists last month, Filer said. The next step is to get those people integrated and involved in the communities where they can make the most difference.

The city also announced the first half of $200,000 worth of grants to existing local anti-violence community groups. Ten different Norfolk groups each got up to $10,000. That money comes from last year’s  American Rescue Plan.

Norfolk’s City Council has recently focused their crime reduction efforts on bars and nightclubs in the city.

Earlier this month, the body backed off broad restrictions related to entertainment at places that serve alcohol in the face of major public backlash.

Instead, elected officials implemented different restrictions on permitting and a new noise ordinance that makes it easier for police to cite people and businesses for noise violations.

Since the March shooting on Granby Street, some council members have talked about clamping down on downtown clubs' hours. The council didn't immediately move on that, but the city did step up code enforcement in the wake of that fatal shooting.

Months later, the council has started to directly address some of the businesses.

Council voted to effectively shut down one downtown club associated with a recent shooting. A man thrown out of Legacy Lounge retrieved a gun from his car and fired into a crowd outside the club in August, injuring three. City officials said the club failed to abide by the security requirements of its permit and revoked it, leaving Legacy unable to serve alcohol or stay open past midnight.

Legacy is the second club to lose its permit in recent memory. Reports indicate a third downtown club, Scotty Quixx, is now also a target for closure.

But many have pushed back against this nightlife-focused approach.

Triple that distance from a club and the percentage goes up to 5% of all city shootings.

“Addressing nightlife or (permits) or DJs or entertainment, now or later, will have virtually zero impact on lowering gun violence in the city,” Fella told the city council recently.