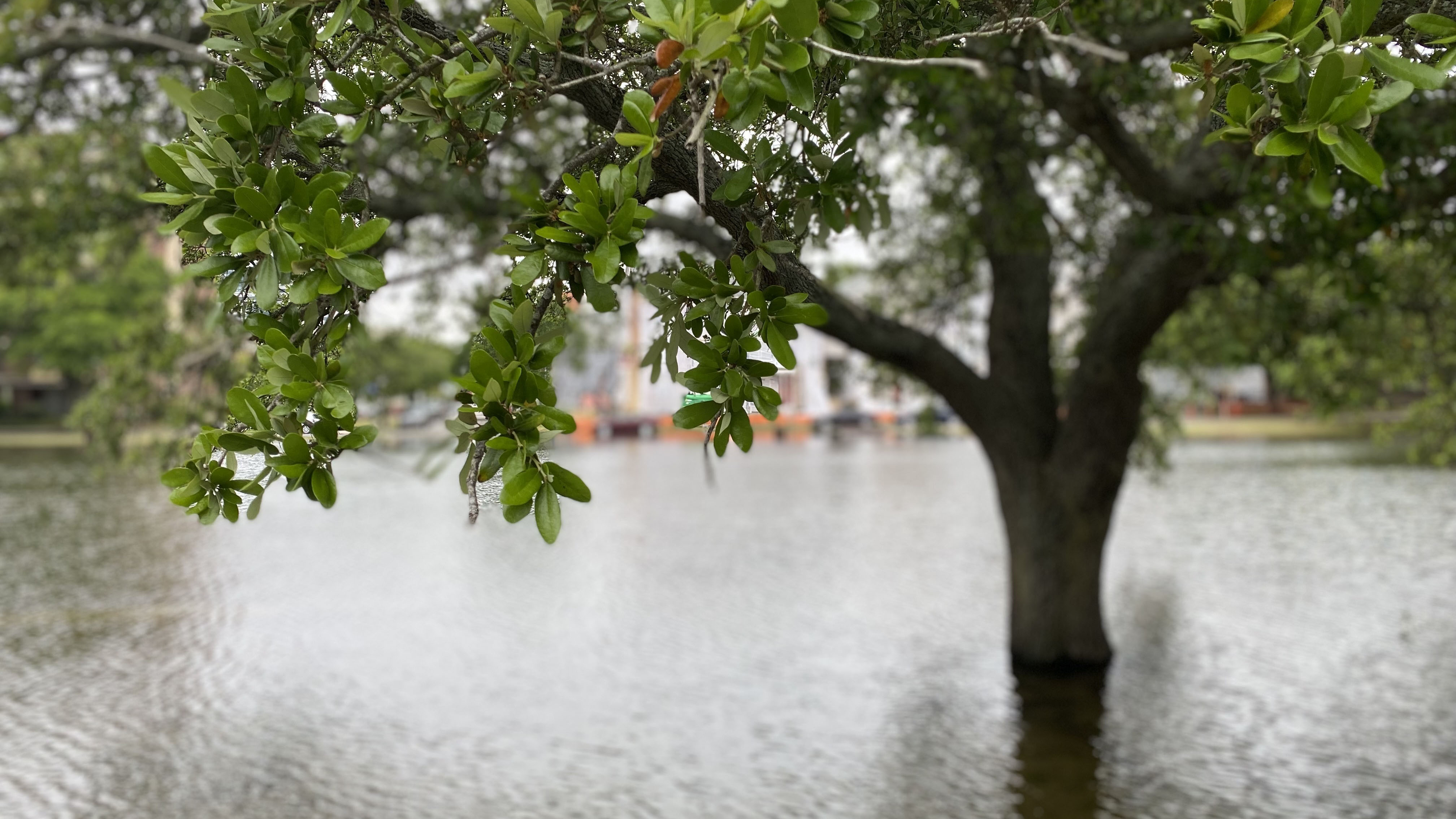 Flooding in the Hague area of Norfolk in May 2022.

The impacts of large natural disasters — think fires and hurricanes — are pretty easy to demonstrate.

But the injury from sea level rise can be harder to illustrate, said Bob McNab, director of Old Dominion University’s Dragas Center for Economic Analysis and Policy.

Changes happen over months and years rather than all at once.

“You just kind of adjust slowly as the climate changes,” McNab said. “And that’s why it’s harder to combat.”

So how to grab people’s attention on the issue? Follow the money.

That’s what a new ODU analysis tries to do. Researchers estimated exactly how much coastal Virginia could lose if nothing changes to confront sea level rise and flooding.

They came up with some massive figures, expressed in 2021 dollars.

Unmitigated flooding from 2020 to 2099 would result in about $56 billion in financial damages — about 85% of which is in Hampton Roads, according to the new report.

That would lead to a roughly $79 billion decline in economic output across the Commonwealth’s coast.

“Imagine a hurricane hitting Virginia last year and wiping out more than 13% of economic activity in Virginia,” McNab said. “That’s the cost we project in sea level rise and recurrent flooding over the remainder of the century.”

To reach those numbers, the researchers looked at eight planning districts that comprise coastal Virginia, including Hampton Roads.

George McLeod, director of the Center for Geospatial Science, Education and Analytics said his team used modeling that builds upon their existing work.

According to data from the National Oceanic and Atmospheric Administration, average sea levels in Virginia could rise by almost 5 feet by the end of the century – even more in certain spots around the region.

One difference for this project is it includes projections for storm surge in addition to regular nuisance flooding, McLeod said.

His team used the models combined with basic economic numbers from various categories including agriculture, government and education.

“The way I look at it is, because of the complexity and magnitude and inevitability of this issue of sea level rise, it’s really our job to look at the problem at all scales,” McLeod said.

“It’s really incumbent upon us to look at every one of those scales and to try to provide as much information to decision-makers as possible.”

McNab then did further economic analysis, which does not take into account future mitigation efforts like a planned floodwall in Norfolk.

The Hampton Roads region would suffer the most economic consequences: $47 billion in direct losses leading to $67 billion in lost output.

McNab and McLeod said they hope people will use the report to jumpstart both policy and grassroots efforts.

“This should be another part of the wake-up call for not only Virginia but coastal areas in the United States, because sea level rise is occurring,” McNab said. “These are all the conversations that will become part and parcel of local, state and national politics over the coming decades.”