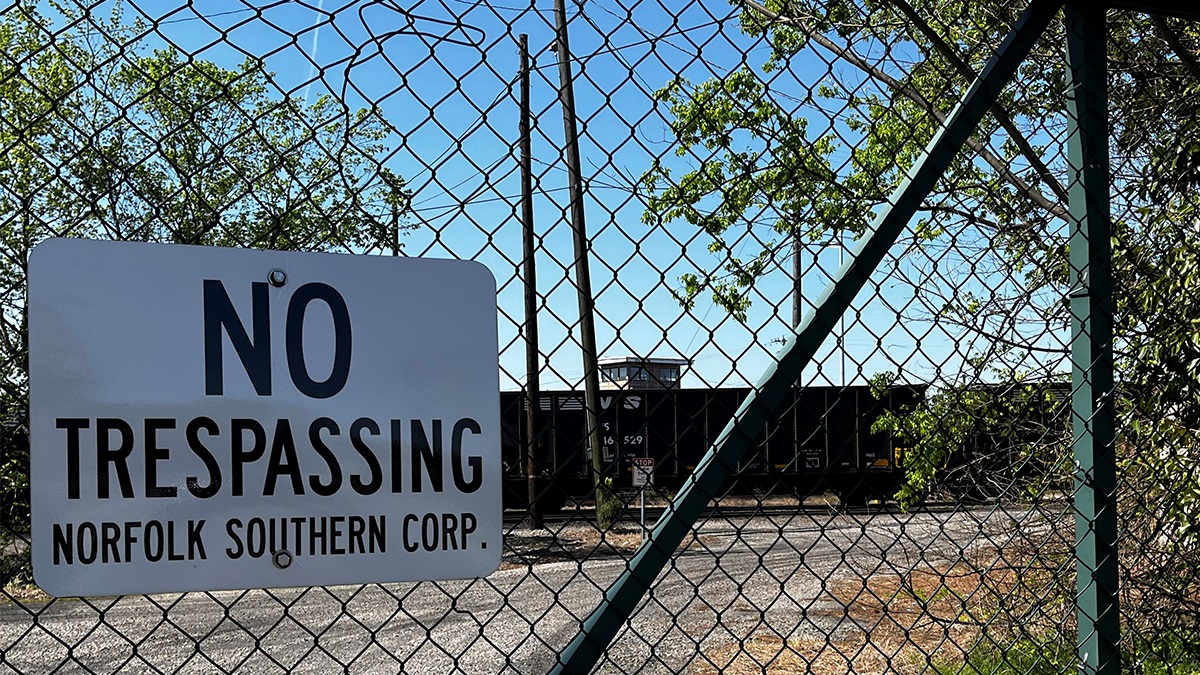 A train on its way to Norfolk Southern’s Lamberts Point coal terminal. (Photo by Ryan Murphy)

A fine black dust wafts off of the trains, coating cars and patio furniture.

Many in the neighborhood also worry it’s coating their lungs, creating or worsening health issues.

Charles Corbett says he had to see a doctor after a coughing fit, what he called a bronchitis attack.

“I told the doctor ‘man, my mucus tastes like coal dust,’” Corbett said. He’s been pushing for Norfolk Southern to do more to tamp down the dust.

Norfolk Southern and the Dominion Terminal in Newport News use things like water sprayers and covers to keep dust down, but advocates have said that’s not enough.

In response to criticism, Norfolk Southern has done its own air quality monitoring that it says shows ambient coal dust at its terminal is not a health threat to surrounding communities.

There’s never been a large-scale independent study of the air quality in Lambert’s point or Southeast Newport News, both historically Black neighborhoods alongside coal terminals.

But a half-million dollar effort by Virginia’s Department of Environmental Quality will gather data in both neighborhoods.

Grace Holms, the department’s environmental justice coordinator for Tidewater, said the pandemic delayed the rollout, but the air monitors will go up this month.

After 18 months of data collection, the Virginia Department of Health will develop a health risk assessment for the neighborhoods.

The rates of asthma in Southeast Newport News are twice that of the rest of the city. Despite that, officials have hesitated to attribute the health issues there directly to coal dust exposure.

Holms said the department has already deployed a couple of sensors that provide live air quality data the public can view online. The full suite of air monitors should be up and gathering information within a few weeks.

“A lot of folks are concerned about the highway proximity, about shipbuilding going on and a lot of other industrial activities (in Newport News),” she said during a presentation to a committee of the Hampton Roads Planning District Commission.

Norfolk’s Lambert’s Point is also subject to lots of traffic emissions. It’s bordered on one side by Hampton Boulevard, which serves as one of the main truck routes servicing the Port of Virginia.