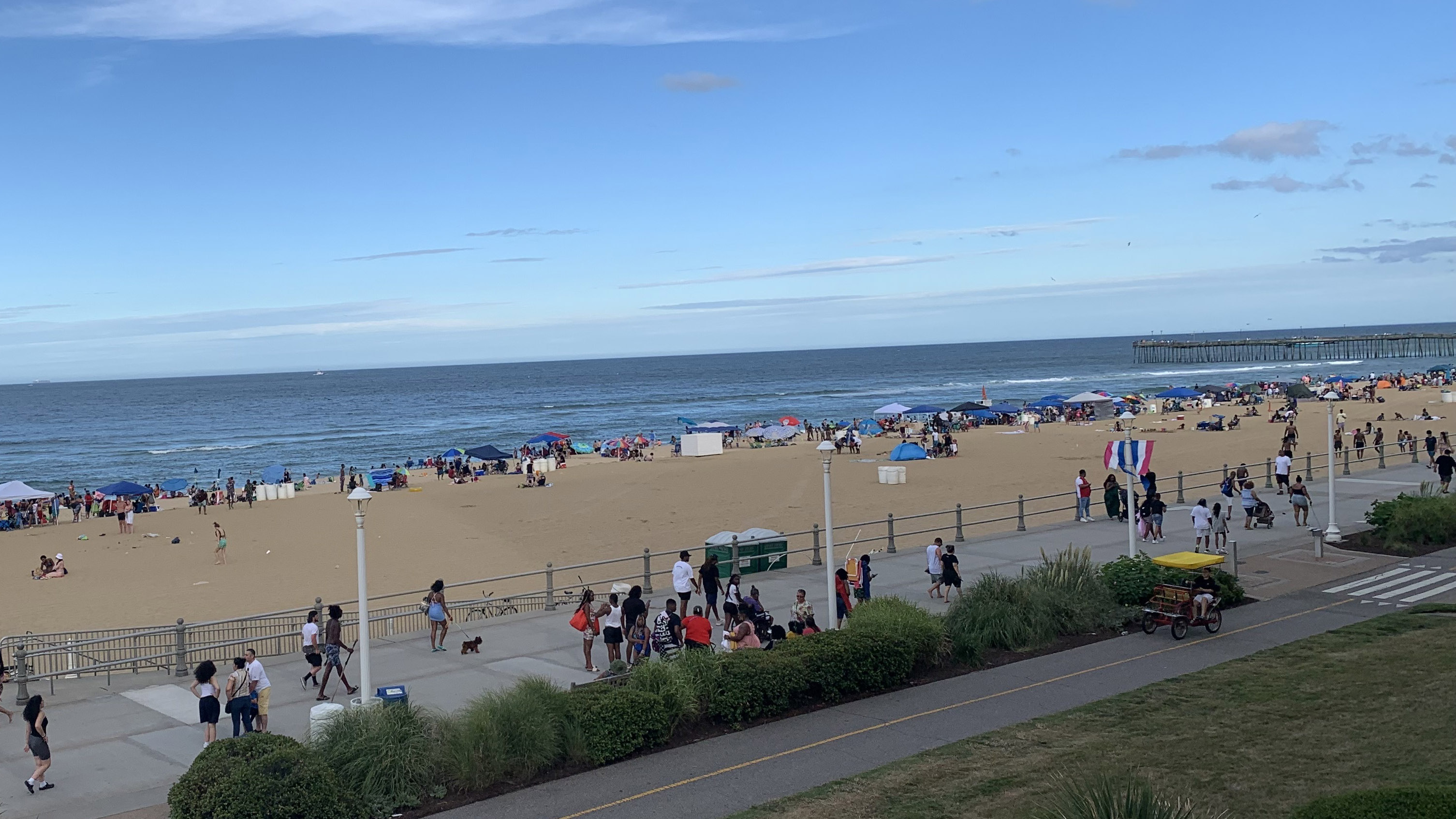 Photo by Katherine Hafner. A busy day at the Oceanfront in Virginia Beach in July 2022.

Extreme heat is rising in Virginia. Here’s what that will look like.

But the high temperatures of the season are rising higher each year. So are the intensity and frequency of hot days, said Jeremy Hoffman, the David and Jane Cohn scientist at the Science Museum of Virginia.

“While heat seems like a feature of our day to day lives in Virginia, the fact that it's getting worse is amplified by our cities and makes these other aspects of Virginia life more complicated,” he said.

“You can start to see how preparing for those sorts of threats now may provide a very significant return on investment in the near future.”

Extreme heat fueled by climate change is a growing concern across the nation and planet. Last July was the hottest month ever recorded on Earth.

This week, the Biden administration rolled out a new website devoted to the issue called Heat.gov. It’s a clearinghouse for data, tips and projections about heat and climate in the U.S.

“Extreme heat is a silent killer, yet it affects more Americans than any other weather emergency — particularly our nation’s most vulnerable,” Gina McCarthy, White House national climate advisor, said in a statement.

Virginia has been collecting data about the issue for years, often led by Hoffman with the science museum. That includes mapping campaigns recording temperatures at different times of day.

The latest was an effort last year that included Virginia Beach.

The results show some hotspots in the city throughout different times on a day in mid-July, when temperatures approached up to 100 degrees.

Hoffman said the results confirm what he’s been seeing for years: developed areas pose a unique challenge when it comes to extreme heat.

It’s called the urban heat island effect, a phenomenon where some parts of a city can be 10 to 15 degrees hotter than others because of factors like a lack of shade or more paved surfaces.

They also tend to be in more socially vulnerable spots, linked to historic discrimination through redlining.

Hoffman said that’s great, but it’s like ordering one item off the menu when there’s a whole buffet.

He splits the buffet of strategies into two categories.

One is mitigation of heat – “to physically turn down the thermostat” in cities. That includes long-term solutions like green spaces and shade structures.

The other side is managing our response to the threat. That means things like helping expand access to air conditioning and offering public places for people to cool off.

Hoffman said officials shouldn’t consider extreme heat in a vacuum, but rather factor it into addressing other social issues, like affordable housing.

When constructing new buildings or roadways, cities could use reflective surfaces, lighter paint colors or green roofs to decrease heat. Buildings can also be designed to shade the streets below.

According to climate projections on the new heat.gov, average annual high daily temperatures in much of Hampton Roads could reach about 78 degrees Fahrenheit toward the end of the century – up from an average 68.7 degrees between 1960-1990.

The federal site’s climate explorer tool estimates that average would still rise to nearly 74 degrees under a scenario where the U.S. curbs carbon emissions.

Minimum overnight temperatures – supposed to be the coolest time of day – are going up at an even faster pace in Virginia, Hoffman said.

Hoffman said he knows many in Virginia see heat as just a part of life. But preventable, heat-related illness is on the rise in recent years, according to the state health department.

There are also threats to water resources or physical infrastructure – like how the recent European heat wave melted railroad tracks.

“The sooner we treat this like the serious threat that it is, the better the outcome will be, not just for this hot summer but for future, even hotter summers,” Hoffman said.

Here are some tips for staying safe during a heat wave, in addition to using fans and air conditioning units: