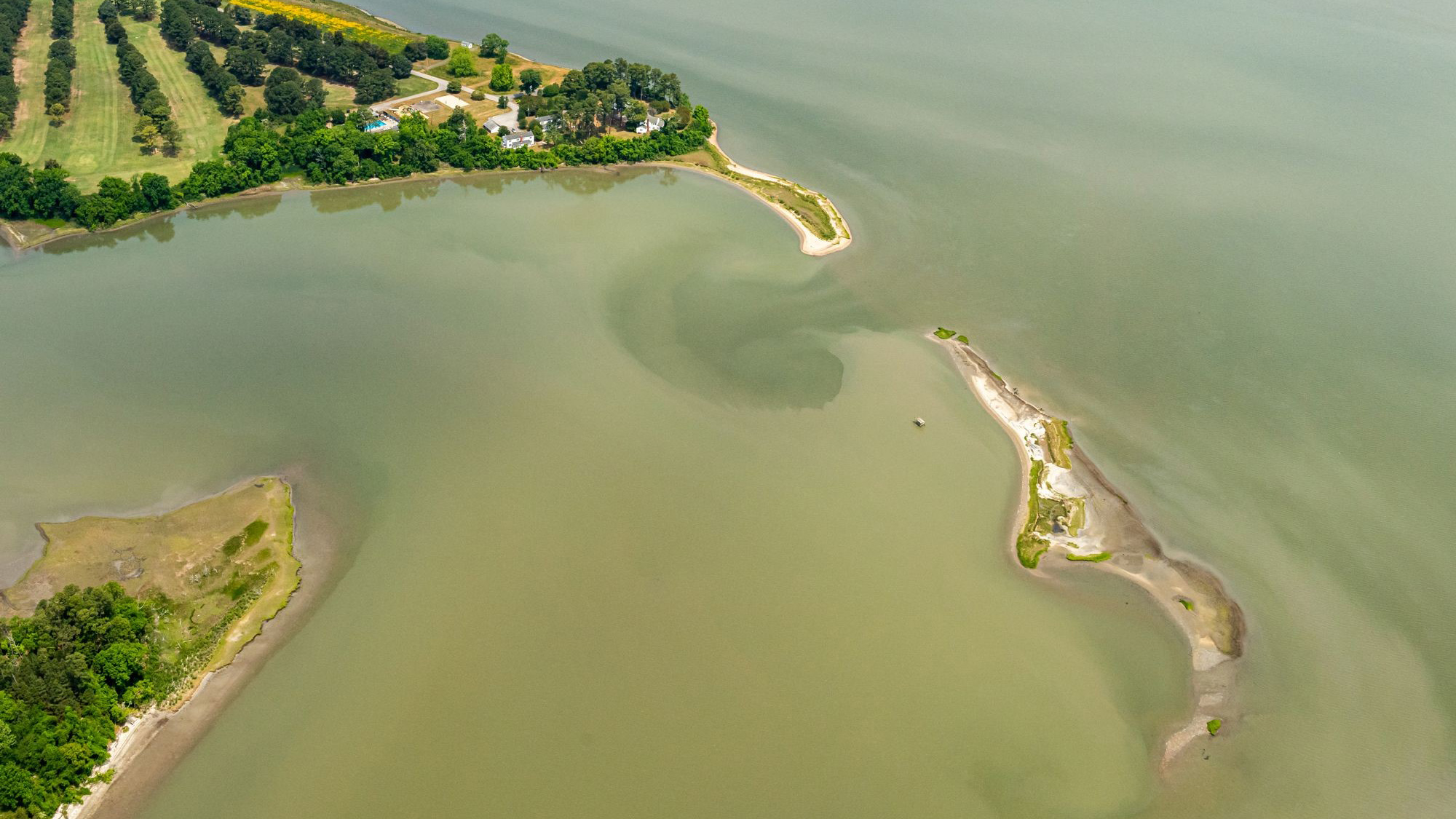 Photo courtesy of the Virginia Institute of Marine Science. A recent aerial photo of Penniman Spit along the York River. VIMS’ living shoreline project with Naval Weapons Station Yorktown aims to address erosion along the shoreline, including Penniman Spit.

The Defense Department has found its bases in Hampton Roads are highly vulnerable to rising sea levels in the decades to come. And military officials have proposed millions of dollars in possible solutions.

The Naval Weapons Station in Yorktown is now undertaking its own first step. The base is set to construct about 2,900 feet of living shoreline along the York River this summer.

That’s the term for a shoreline made of natural elements, such as wetlands. They’re designed to serve as protection while improving the surrounding ecosystem.

At the Yorktown base, the living shoreline will mostly include concrete and granite oyster castles, said Jeff Kissler, the installation’s environmental director.

The structures mimic natural reefs as habitats for oysters and other critters, while also helping absorb wave energy that erodes the landline.

Kissler said his team’s been floating such a solution for almost a decade, as the problems of sea level rise and erosion worsen.

“It’s an encroachment issue for the military mission of the base,” he said. “And also it has a detrimental impact on the marine ecology.”

The Navy is currently awaiting final permits from the Army Corps of Engineers for the $5 million coastal resilience project, which Kissler said he expects to come through any day.

Officials can then start placing the 4,000 oyster castles along the shoreline, which he said will take a few weeks.

The concrete and granite structures come from a contractor that works with the Virginia Institute of Marine Science, which is a technical adviser on the project.

Additional work will follow in the fall, including more artificial reefs and some marsh grasses.

Kissler said he thinks Yorktown’s project is the largest of its kind on the East Coast.

The concept of living shorelines is spreading among homeowners, localities and organizations in Hampton Roads – but not at this scale or with the resources of the U.S. military, he said. Yorktown’s also focuses on jumpstarting oyster growth.

“This is really kind of groundbreaking,” Kissler said.

Navy officials have committed to monitor and maintain the living shoreline over the next five years as part of the project.