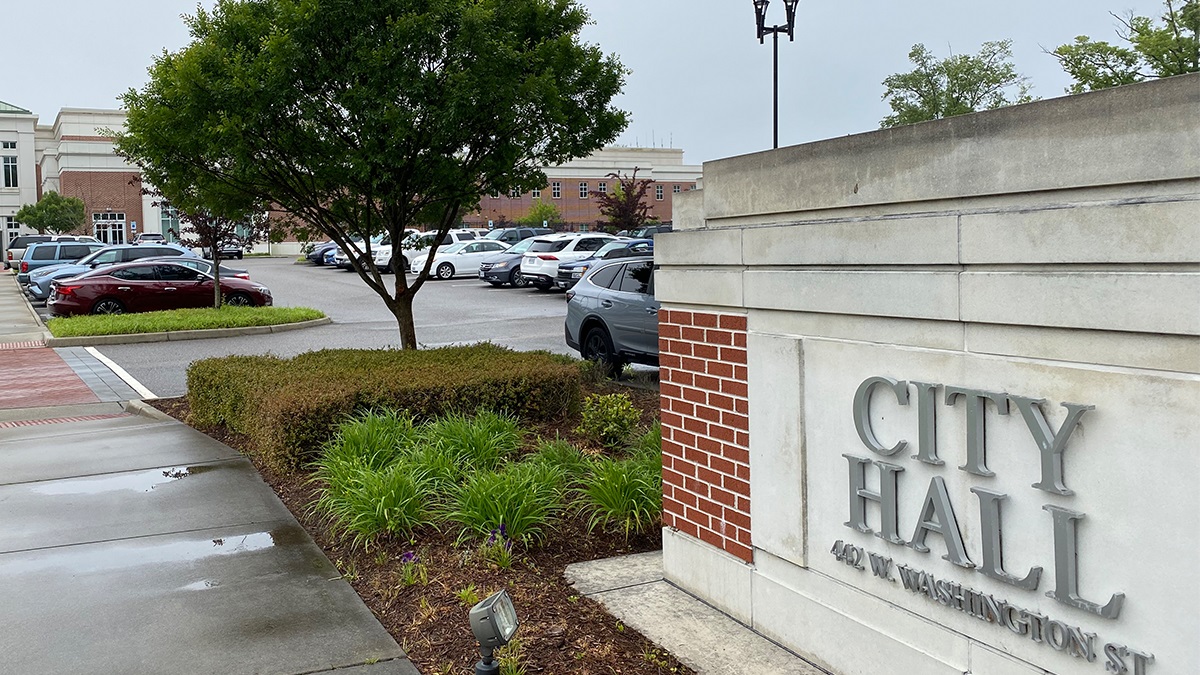 Suffolk City Hall as seen May, 2022. (Photo by Katherine Hafner)

When Suffolk adopted its budget earlier this month, a subtle but important shift happened.

For the first time, the city plans to spend more on police, fire and rescue services than it does on local schools funding, becoming the only one among the seven cities to do so.

But school funding isn’t being cut - the school district got what it requested and funding is actually higher than last year. Higher tax revenues - buoyed by rapidly-rising home values - will cover the increases across the board.

As to what caused the switch, Suffolk mayor Mike Duman points to a demographic quirk in the fast-growing city.

“There's 10,000 more people. With all the additional homes, (that) places a requirement on us to be able to provide safety services to them," Duman said. “But the school system, on the other hand, has no additional growth,”

It’s true. Even as the city’s grown by leaps and bounds over the last decade, public school enrollment has stayed steady, hovering around 14,000 students.

Duman says Suffolk’s growth over the last decade has included lots of folks who don’t have kids, lured by newly-built apartments and less expensive rents.

“A lot of the building that we have going on, a lot of it is one or two bedroom apartments. A lot of single folks, a lot of young married couples. So there's not a large school age population going into a lot of the newer housing,” Duman said.

He says, anecdotally, Suffolk also seems to be increasingly popular with military members moving into the area.

One of the biggest new elements of the swelling public safety budget: equipping and staffing a brand-new fire station in the city’s Northeast, where it’s seen the most growth.