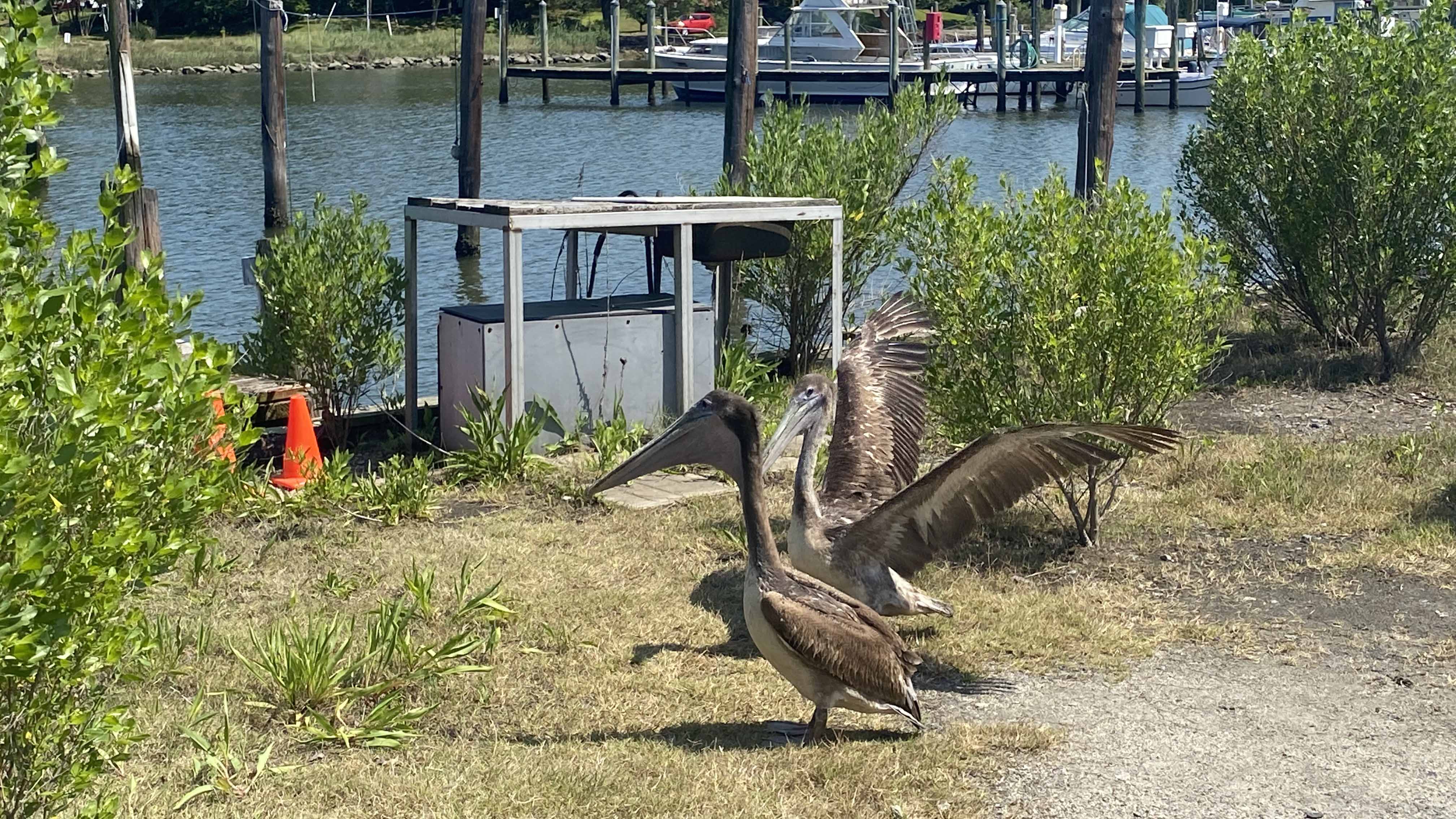 Photo by Katherine Hafner. Pelicans were released at a groundbreaking ceremony for the Elizabeth River Project’s new resilience lab on Wednesday, May 18, 2022.

Most businesses in Hampton Roads work hard not to be located in a flood zone.

But the nonprofit Elizabeth River Project is doing the opposite.

It’s building a new $8 million headquarters that leaders hope will be an example of how to live with, not against, rising waters.

They’re calling the site on Colley Avenue a “resilience lab” — not just because research will take place there, but also to denote what they see as a testing ground.

The concept began several years ago, when the nonprofit began to outgrow current offices, she said.

Because their mission is closely tied to the water, they wanted to have a presence somewhere on the waterfront, in a “powerful, visible way.”

The site they chose on Colley is just under an acre along a part of Knitting Mill Creek where water tends to back up. It was previously home to the American Legion.

“We thought, let’s go to one of the worst problems” with flooding, Jackson said, “and let’s demonstrate, how do you take care of the Elizabeth River, as well as the people, as sea levels rise.”

Instead of the traditional shovel-in-ground part of a groundbreaking ceremony this week, the group released pelicans into the creek. 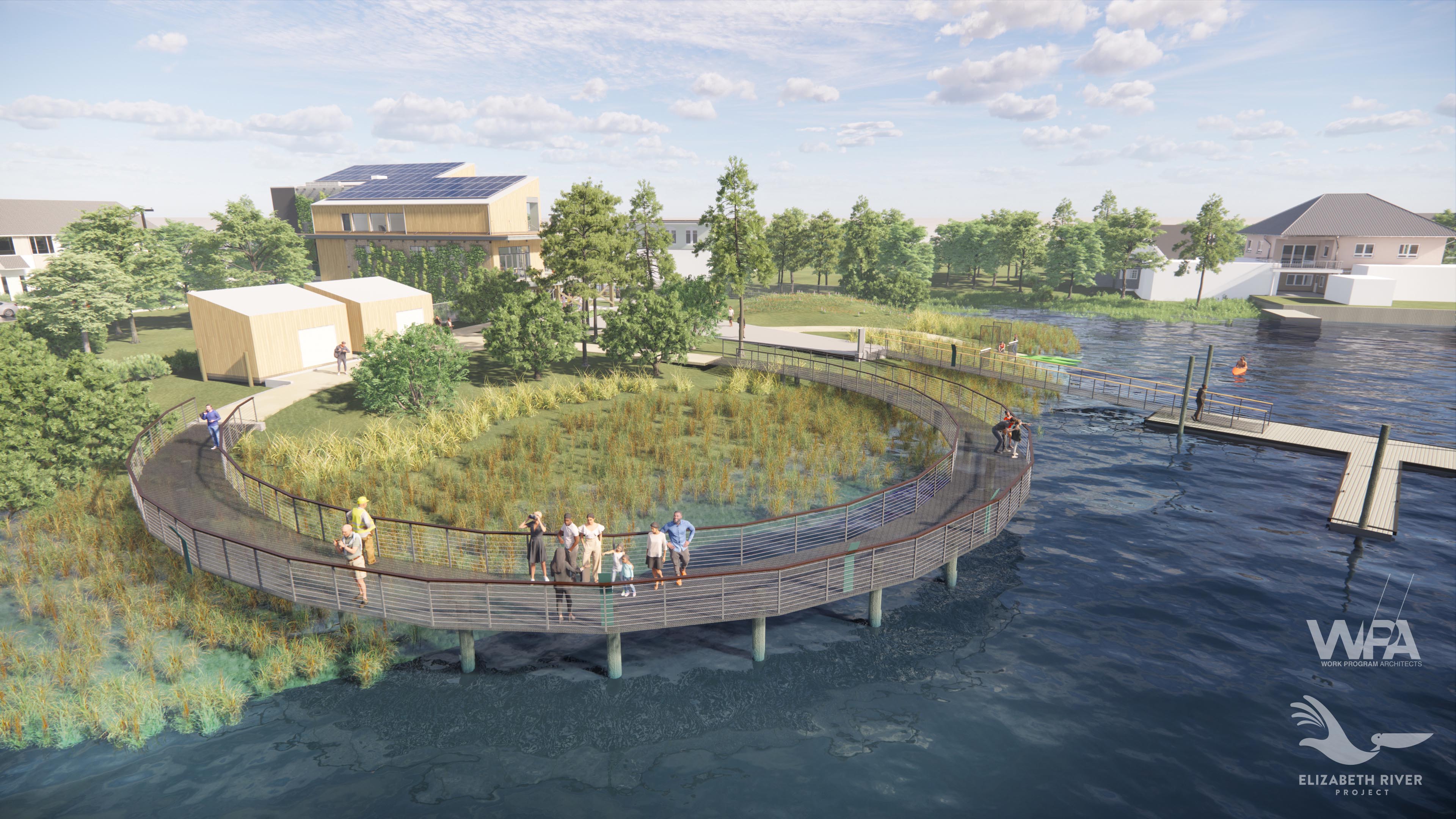 The new 6,500-square-foot, three-story building will include eco-friendly aspects such as “green walls” to absorb heat, solar power, porous pavement to capture runoff and recycled rainwater in the toilets.

The original cost was about $4.5 million but nearly doubled during the past few years because of skyrocketing construction costs.

A big part of the site is a public “learning park” and raised circular boardwalk made of a sheer mesh that will allow visitors to see through to a restored shoreline below.

That includes oyster reefs, wetlands and a buffer of native plants, all meant to help naturally lessen the impacts of erosion and flooding. Kayakers can also launch from the shore.

The idea is to get people reconnected to the river, Jackson said.

The nonprofit hopes the resilience lab will jumpstart an economically revitalized “eco-district” along North Colley, she added. They plan to talk to local businesses and residents about easy ways to implement environmental concepts in their own buildings.

“We’re helping people no longer contribute to the problem that is creating climate change,” she said. “Showing how you live better, work better so that you’re a better steward of our river and our earth.”

Local academic institutions already plan to do research at the site, including the Virginia Institute of Marine Science, Virginia Wesleyan and Norfolk State University. Old Dominion University’s Institute for Coastal Adaptation and Resilience also plans to be across the street to better collaborate.