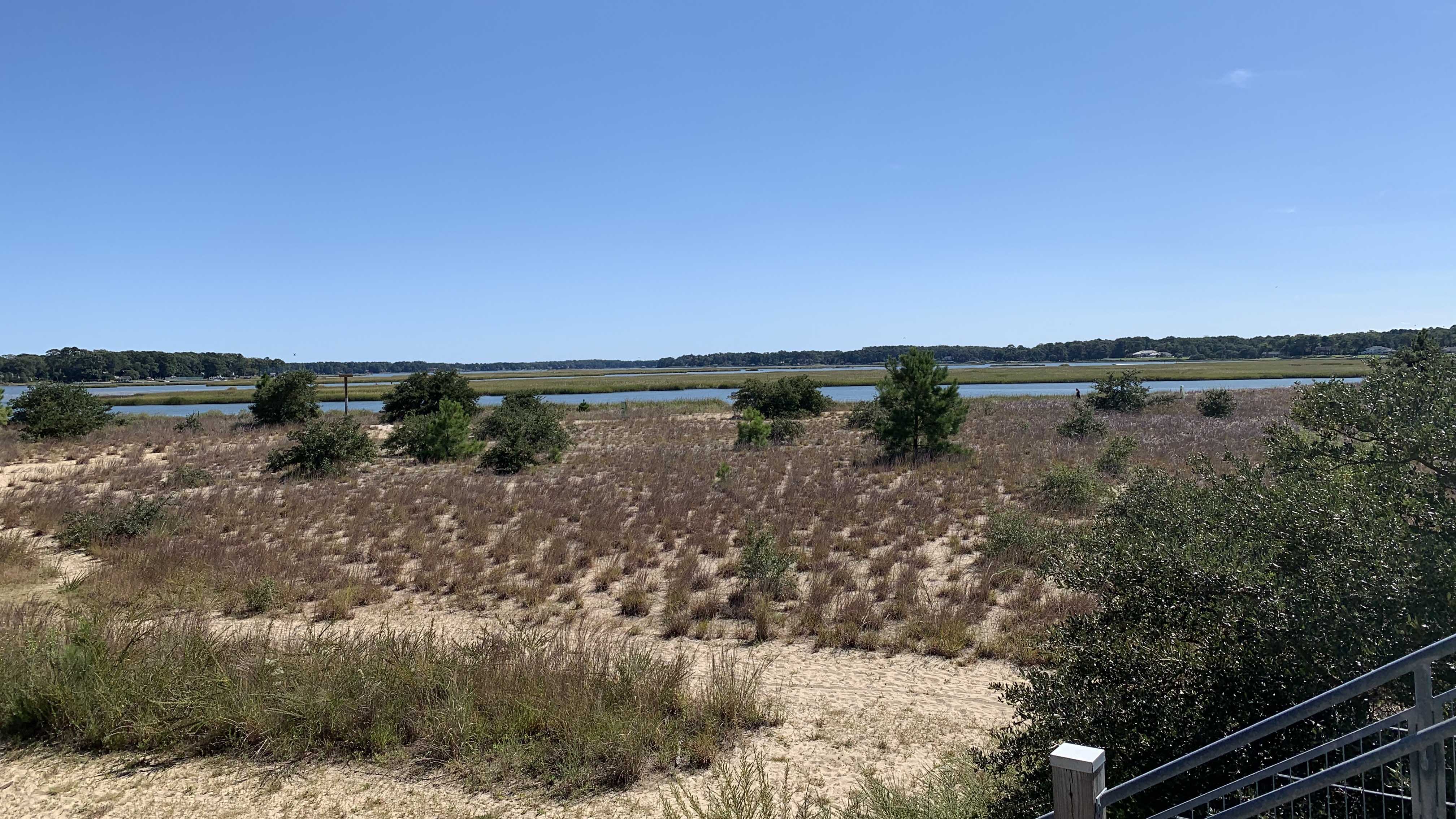 Photo by Katherine Hafner. The wetlands behind Brock Environmental Center in Virginia Beach during a Chesapeake Bay Program Executive Council meeting in October 2021.

The Chesapeake Bay Program has released an outline of how it wants to fight climate change in the coming years.

Leaders say impacts like sea level rise, stronger storms and other changes in the water increasingly threaten the decades-long effort to restore the bay.

They now hope to weaken the effects by taking more action to build oyster habitats and urban green space, capture carbon in the earth and more.

The bay program started in the early 1980s and is a massive partnership between nonprofits, academic institutions and local, state and federal governments.

In a 2014 agreement, officials committed to increasing resiliency to withstand changing climate conditions.

But last fall, they said the group needed to do more, including recognizing how severe those conditions have become.

“Without aggressive action to combat climate change, our goal of a healthy bay is under threat,” then-Virginia Gov. Ralph Northam said at the time in Virginia Beach.

He and the rest of the bay program’s executive council vowed to take such actions.

The new federal commitment document lays out what some of those will be.

The partners are bound together by a common goal – but the actions are voluntary, not required by law, she said.

Even before the council signed last year’s directive, agencies that are part of the program started looking into actions to which they could feasibly commit, she said.

Under an executive order from President Joe Biden last January, federal departments had already been required to develop a climate adaptation plan.

The program’s also received some funding through Biden’s infrastructure act and other recent legislation.

“We have a chance to put our money where our mouth is, to implement on the ground, to make a difference,” Shimkin said.

The Bay program’s new list lays out more than three dozen planned actions broken down by agency, including the Department of Defense, Army Corps of Engineers and National Park Service.

Here are some highlights: