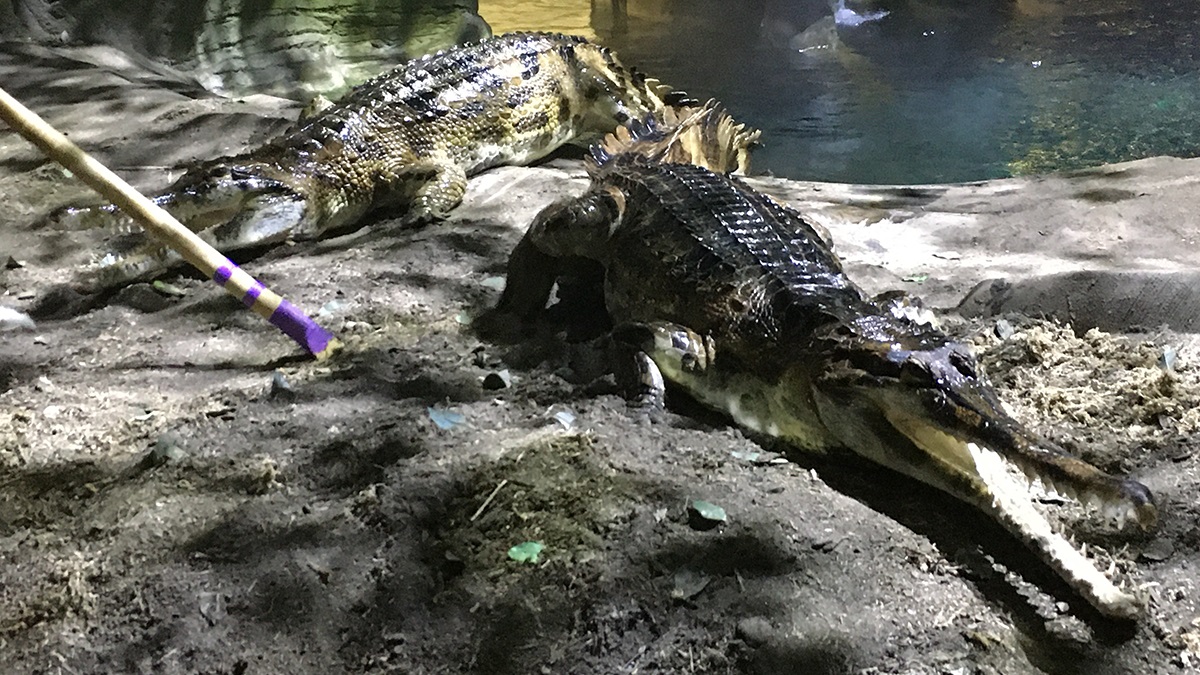 Photo by Ryan Murphy. Ralf and Sommer, a pair of Malaysian tomistomas, scarfed down rats named after the exes of Hampton Roads' jilted lovers.

Ralf and Sommer, a pair of Malaysian tomistomas, scarfed down rats named after the exes of Hampton Roads' jilted lovers. (Ryan Murphy)

Hate your ex? The Virginia Aquarium will feed them to the sharks for Valentine’s Day

Or he was, before Sommer unceremoniously chewed him up.

It’s all a part of a fundraiser called “Love Bites" at the Virginia Aquarium and Marine Science Center.

Have an old flame you wish had been swallowed by a snake? Name a rat after them, and let an animal handler in Cupid wings do the rest.

What about that one slimy ex from college? They’ve got fish that might bear a resemblance.

The sharks and sea turtles are happy to slurp them down on your behalf.

Mackenzie Di Nardo from the Virginia Aquarium says they were blown away by the response from jilted lovers.

Folks were so hot to get some sympolic revenge, the fundraiser sold out within a day.

The idea came from other aquariums that have done something similar.

All the proceeds are going to the Virginia Aquarium foundation to fund marine conservation, education and research.

And lest you think the Aquarium is anti-romance - nope, it’s just playing both sides.

The Aquarium’s hosting a Valentine's edition of it's adults-only “Sharks After Dark” event for those still happily in love.