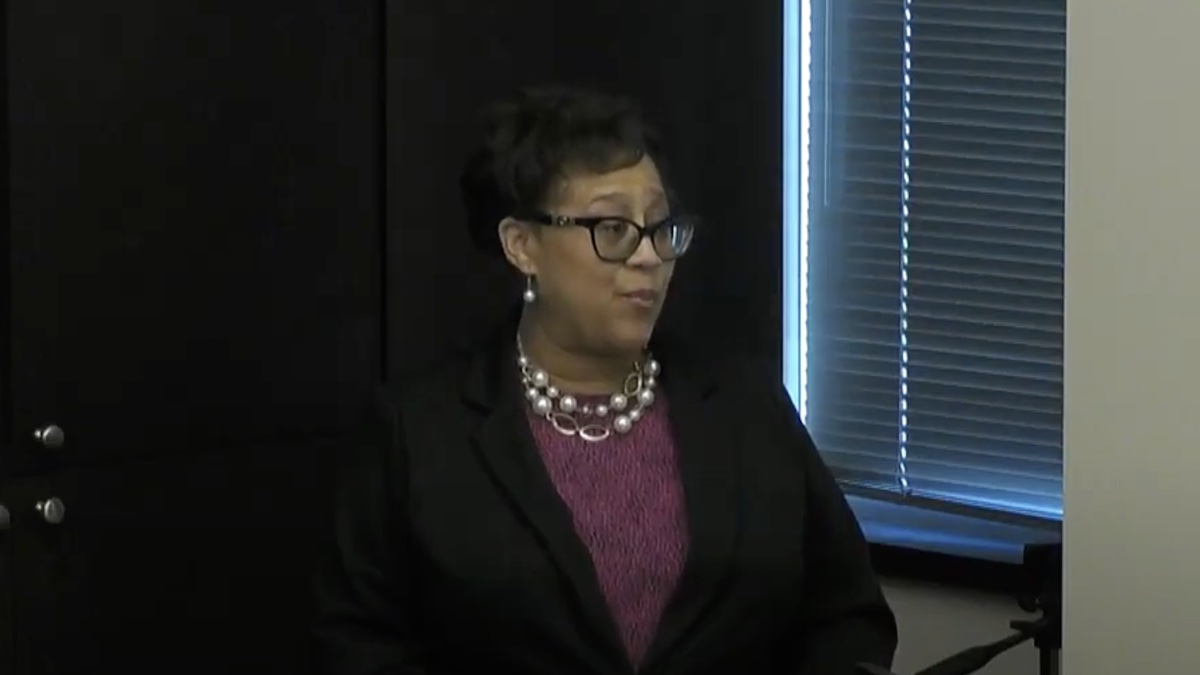 Photo by Access Virginia Beach. Katrina Flowers, an accountant with Virginia Beach, at a meeting with the city's development authority. Flowers has been on the job for two months. She said she hopes to know the funds available to the authority by February.

Lisa Murphy, the Virginia Beach Development Authority's chair, said the VBDA has gone almost a year without an accountant on staff.

The authority has kept track of its account balance, but it doesn't know how much money is available to it once its obligations are taken into account. The last time it calculated this amount was January 2021, according to a review by Virginia Beach City Auditor Lyndon Remias.

This week the authority’s current accountant, Katrina Flowers, noted that it was her two month anniversary on the job as an accountant with the city. She said she’s aiming to have the books balanced sometime in February.

As Remias explained it, the authority faces the kind of simple issue familiar to anyone who's ever balanced a checkbook.

But Remias made it clear that because the VBDA handles grant funding, and those awards are given out over months or even years, the financial situation is much more complicated.

He also talked about the job ahead of Flowers.

"She's doing her best to catch up," he said. "But I wanted to stress to her and the authority that it is very important when making decisions and granting additional incentive awards to truly understand what the funds available amount is."

In October, Remias reviewed the VBDA's financial picture and warned about the danger ahead.

"Not knowing the exact amount of available funds creates a risk that VBDA could overcommit funds," he wrote in a report to the authority.

The VBDA responded to the auditor's letter saying they concurred and that they had "diligently advertised and readvertised" to replace the missing accountant.

More than a month after the report came out, City Council Member John Moss brought the issue up at a council meeting.

"The development authority needs to develop an action plan [on] how they're going to remedy these findings," Moss said. "They ought to be working with the auditor along the way... and they ought to come back and tell us on a quarterly basis, because we are accountable to the public."

One of the auditor's recommendations in October was that the VBDA refrain from awarding additional grants until the available funds amount was known. In her presentation to the VBDA this week, Flowers noted that the authority had dispersed more than $8,000 in grants the previous month.

"Obviously, we make [a] recommendation, and it's management's responsibility to actually implement and develop a corrective action plan," Remias said. "It is our job to continue to follow up until the implementation of the corrective action."