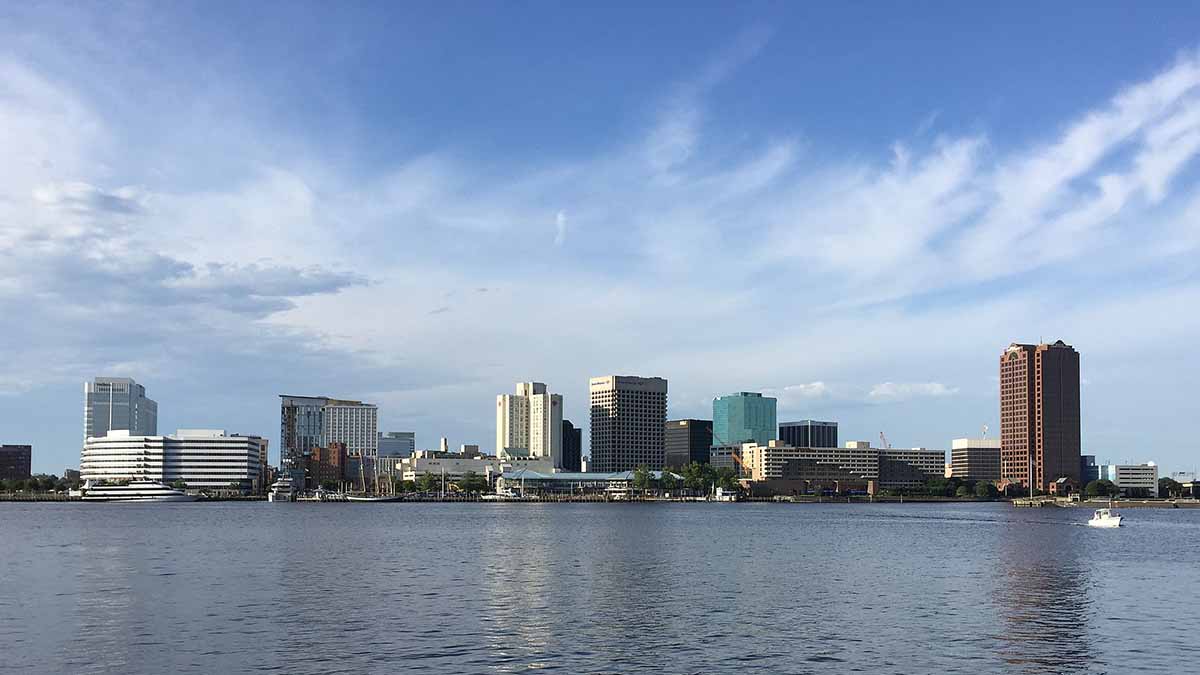 The seawall will stretch from the Campostella Bridge all the way to Lambert’s Point. (Photo: Antony-22 / CC BY-SA / wikimedia)

The City of Norfolk will get $250 million to construct additional floodwalls, pumps and levees around its downtown area.

Downtown Norfolk and its surrounding neighborhoods were built on low-lying wetlands and filled-in creekbeds. Flooding has gotten worse there in recent years, as sea levels rise and storms have worsened.

Norfolk Mayor Kenny Alexander said they need to bolster the defenses that have been in place for 50 years.

"The city, of course, is anticipating future sea level rise. And in an effort to mitigate the impact on the city's commercial core, this floodwall is certainly needed," Alexander said.

The new floodwalls will fortify the shoreline on the Elizabeth River from the Campostella Bridge to Lambert’s Point.

Norfolk officials have been after federal funding for this project for years.

It's part of a larger long-term plan from Norfolk to shore up specific areas of the city against sea level rise. Downtown is currently the city's largest economic generator, though the city is hoping to shift some activity to higher ground with the redevelopment of the Military Circle area.

Another $69 million will go to deepen and widen shipping channels that access Norfolk’s port and Naval Station Norfolk.