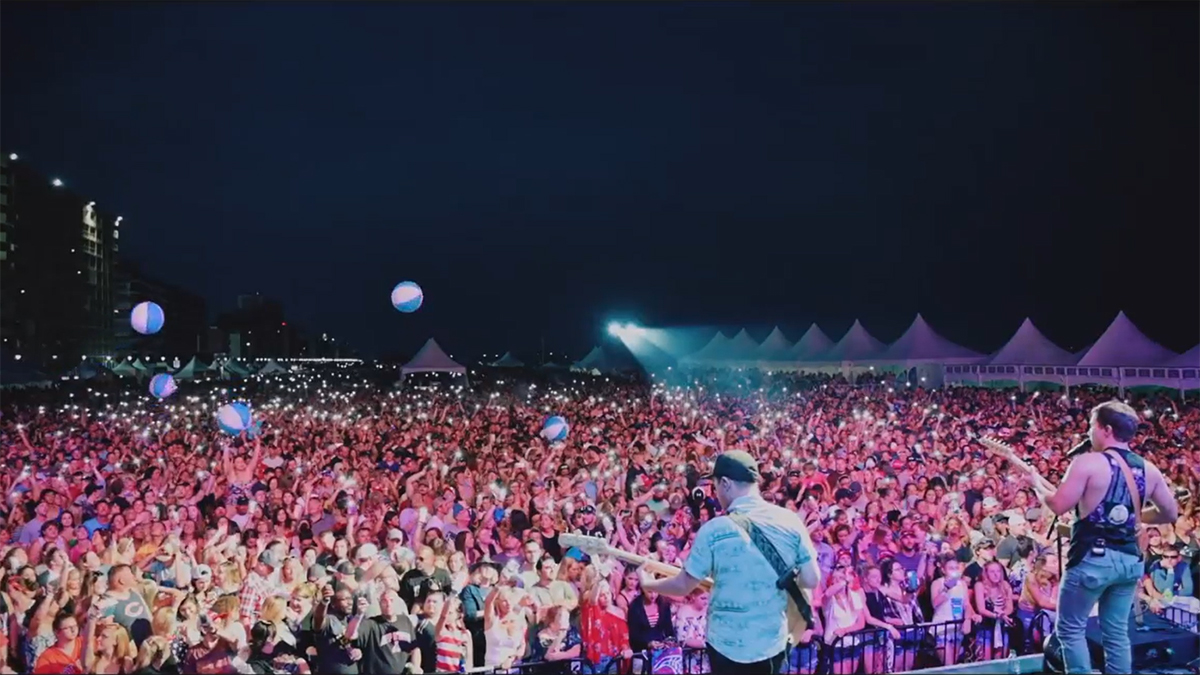 Photo from Facebook. The Patriotic Festival is moving from Virginia Beach to Norfolk, with organizers citing a need for an indoor venue, among other reasons for the move.

The Patriotic Festival, which brought millions of dollars to Virginia Beach in the past 18 years, is moving away from the Oceanfront and to downtown Norfolk.

It will be held at Town Point Park and the Scope Memorial Day weekend 2022.

Ira Agricola, one of the founders of the festival, said it was purely a business decision based on changes COVID-19 has made in the entertainment industry.

The pandemic made it difficult to obtain cancellation insurance for outdoor events, he said.

“Having an indoor venue that’s protected from the weather was really a key decision,” Agricola said.

The festival has no lineup yet, but Agricola said staff are in negotiations with artists.

Each artist who performs will decide whether to require guests to be vaccinated, he said.

Norfolk Mayor Kenny Alexander said he was excited for the festival to remain in the Hampton Roads region.

“This festival gives us another opportunity to celebrate togetherness and our rich military history,” he said.

The Patriotic Festival is the second to leave Virginia Beach this month. Earlier in October, Pharrell Williams’ said he wasn’t happy with how the city handled the fatal police shooting of his cousin and his Something in the Water Festival likely wouldn’t be returning to the city.

Agricola said that decision had no bearing on the Patriotic Festival moving to Norfolk.

Losing both festivals is a major blow to Virginia Beach’s economy.

In 2018 the Patriotic Festival brought almost $6.5 million to the region, according to a report from the city

In an interview last year, Agricola cited a study that said the impact was generally even higher -- up to $23 million.

Williams’ Something In The Water festival brought almost $24 million to area businesses along with $1.19 million in tax revenue in 2019.

According to Old Dominion University economist Robert McNab, the shift in venues by the Patriotic Festival will be a gain in tax revenue for Norfolk and a loss for Virginia Beach.

But regionally, he said, "it's probably a wash."

The loss of Something in the Water is worse, he said, because it would have injected more outside revenue from into the community.

"If Virginia Beach, Norfolk and Chesapeake and everybody could work together to attract more outside people, then it's a win for everybody, because we know that visitors to the region spend money in different cities in the region," McNab said.

Paul Bibeau contributed to this report