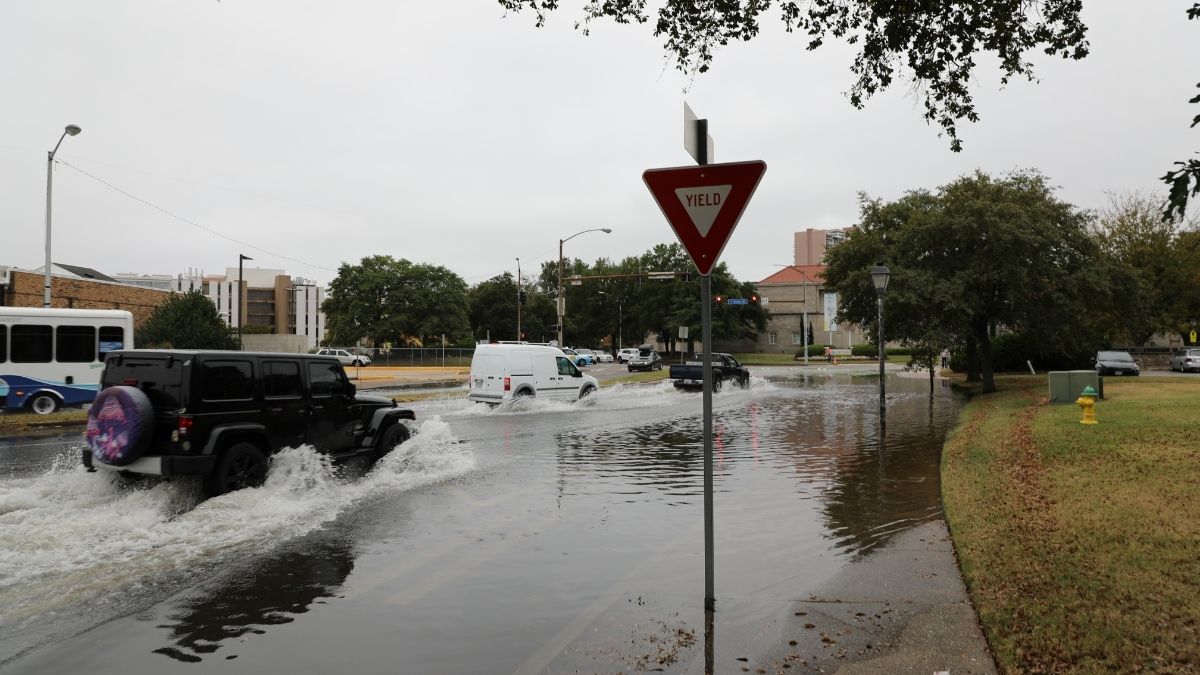 Photo by Jonah Grinkewitz. Motorists take on the waters at the intersection of Llewellyn Avenue and West Olney Road in Norfolk.

Norfolk residents are no strangers to flooding.

That doesn't stop some of them from driving through high water, despite warnings from city officials.

On Monday, the National Weather Service issued a coastal flood warning for several cities in Hampton Roads, including Norfolk.

"Every time we have a major rain event coupled with a high tide, we at least get one call about a hydro-locked engine," said Adam Bailey.

A hydro-locked engine occurs when water is pulled into the engine.

"And at that point, it's either replace the engine or the insurance company will total the vehicle," he said.

Bailey said an engine replacement can cost between $2,500 and $10,000 depending on the age of the vehicle.

In addition to the possibility of water entering the engine, he said salt water can cause rust and corrosion in a car.

Since most nuts and bolts on a car are made of steel, that can make servicing a vehicle more difficult and add to labor costs.

Bailey said they've seen a lot of cars from the Larchmont, Ghent and Colonial Place neighborhoods with rusted suspension components.

The most common are brake rotors, which are required to pass state inspection. Replacing those can cost $400 to $500 on the low end.

Other than not driving through standing water, Bailey said vehicle owners who live in high-risk areas should pay special attention to the undercarriage of their cars after a major flooding event.

"Maybe take it up to the car wash and have it sprayed underneath," he said. "That will keep some of the corrosive materials away."