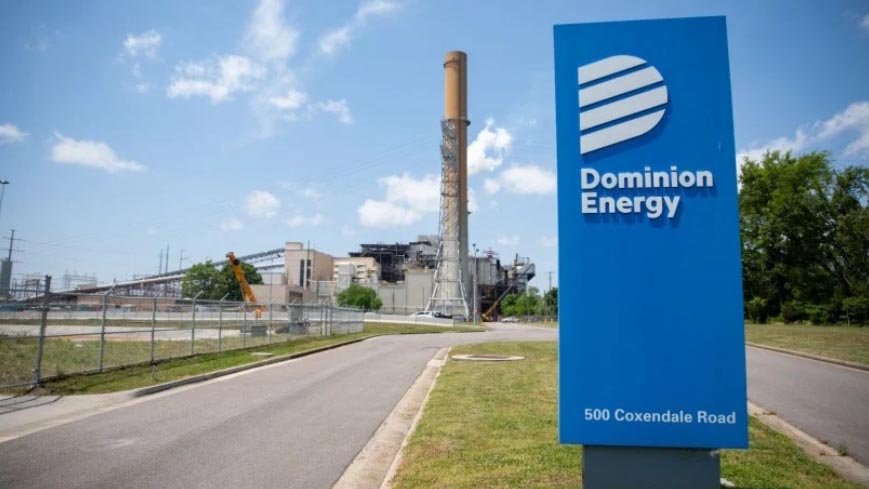 The company also paid over $20,000 to Larry Sabato, head of the University of Virginia’s Center for Politics, from 2017 to 2020 for an annual speech he has given to Dominion executives for three decades. Sabato’s staff say those earnings were donated to the university.

Dominion has long been seen as one of the most dominant political influences in Richmond. But the disclosures filed on Sept. 3 with the State Corporation Commission shed more light on the scope of Dominion’s efforts to win over lawmakers and the public. All told, Dominion spent nearly $19 million in lobbying, advertising, market research, political payouts and membership fees over the last four years.

The disclosures list dozens of firms, lobbyists, communication shops and consultants, including Gordon Morse. VPM detailed Dominion’s relationship with Morse, a columnist for the Virginian-Pilot and Daily Press, in a story last December. Kris Worrell, the papers’ editor-in-chief, confirmed Morse wrote “some” of at least seven Dominion-focused editorials published last year. The unsigned editorials praised or defended the company. Worrell said Morse was taken off editorials related to Dominion after they learned of his part-time contract as an executive speechwriter for the utility.

The new disclosures put a price tag on that work: Over $263,000 from 2017 to 2020. Morse’s print columns note that he “spent nearly three decades” working for corporations like PepsiCo and Dominion. The corporate work is not currently included in his online biography.

In an interview, Morse questioned VPM’s motives for reporting on them because they were first flagged by Josh Stanfield, a progressive activist and critic of Dominion. Morse said the unsigned editorials involving Dominion were simply “rewrites” of previous pieces by the papers’ editorial board. As for Dominion, Morse said he was “more or less a backstop to a couple former editorial page editorial writers” and occasionally helped script remarks at philanthropic events like the Outstanding Faculty Awards.

“I studiously avoid -- and I have been specifically by Dominion -- to avoid anything that would create a conflict of interest,” Morse said. “There are judgements on all these things, I’ll grant you.”

Kelly McBride, chair of the Poynter Institute's Center for Ethics and Leadership, told VPM last year the lack of disclosures in the editorials could erode reader trust in the newspapers. Unlike Morse’s columns, the editorials were unsigned.

“If you disclosed [Morse’s Dominion work], you would undermine credibility,” said McBride, who also serves as NPR’s public editor. “And that's a key red flag that tells you in journalism, that you probably shouldn't be doing that.”

Morse said he still writes some editorials, a job he portrayed as a way to help a news team that has grown ever leaner in the wake of several rounds of layoffs.

Dominion’s spending on Morse eclipses the $20,500 the company paid to Sabato, one of UVA’s best-known professors, for speeches in 2017 and 2019. Sabato will give his 30th speech to Dominion executives this December, according to Eliot Sperling, a research assistant at Sabato’s Center for Politics.

“It’s the standard speech I give on the last couple of elections and the next couple—why the winners won and the losers lost,” Sabato said in an email. “Throw in a few lame jokes and you’ve got the whole speech.”

Sabato has his speech fees and over $4 million in other donations to UVA, according to Ken Stroupe, assistant director at the Center for Politics.

Dominion’s largest payout listed in its disclosures was over $5 million to SKDK, a Washington D.C.-based communications firm, from 2018-19. The environmental news site DeSmog connected the firm to TV ads characterizing Dominion’s electricity as environmentally friendly. The spending came in the midst of a protracted battle over the Atlantic Coast Pipeline, which Dominion and Duke Energy cancelled last year.

The company initially included roughly $5 million of its overall payouts in its “cost of service” spending, which it recovers from its electricity customers. It removed the expenditures from that category after SCC asked for a full accounting of its lobbying expenditures.

The updated filing shows an uptick in Dominion’s spending on lobbying and legal costs last year, after Democrats took control of the General Assembly.  The utility played a major role in the final Clean Economy Act, which requires Dominion to achieve zero carbon emissions by 2045.

The firm spent nearly $1.7 million in 2020 on lobbying and consulting, more than doubling its 2019 spending. The figures are far higher than the roughly $350,000 total Dominion reported to the Virginia Conflict of Interest and Ethics Advisory Council from May 2019 to April 2020 because it includes items like retainer fees and other costs not directly tied to lobbying lawmakers on specific bills.

Dominion spokesman Rayhan Daudani said the company's customers don't foot the bill for its lobbying and advertising expenses. “We are transparent in our political and lobbyist disclosures,” Daudani said, pointing to disclosures on the Council's website.

Reporting by ProPublica and the Richmond Times-Dispatch showed Dominion helped add language to the bill that increased the cost of a proposed wind farm by an estimated $2.5 billion -- money the utility can then collect back from its customers.

Dominion is currently undergoing an SCC review of the rates it charges and profits it collects. An SCC staff report found Dominion earned more than $1.1 billion over its allowed profits from 2017-2020, but the commission has yet to determine how much money will be returned to ratepayers.

The utility is seeking to increase its future allowed profit margin from 9.2% to 10.8%. Dominion says it has provided reliable electricity at competitive rates, while its critics say consumers have been left footing high bills caused by years of under-regulation.