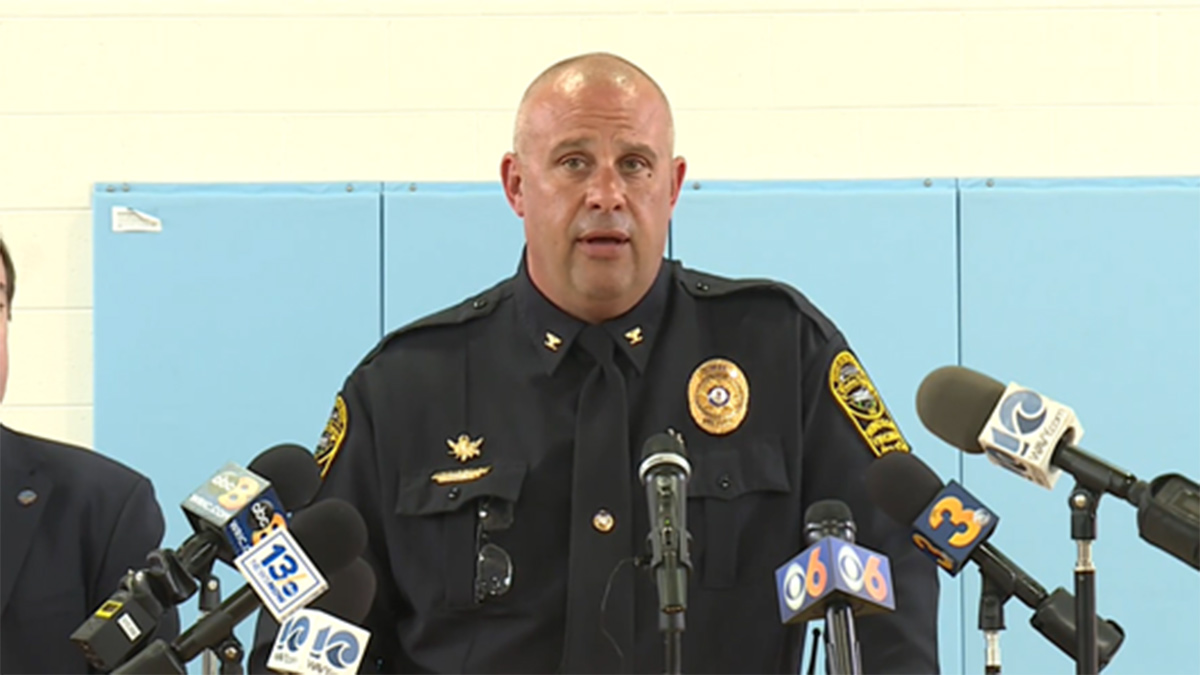 Windsor Police Officer Was Not Fired Until Video Went Viral

A Windsor police officer who pepper sprayed an Army medic during a traffic stop was allowed to remain on the job for more than four months -- until a video of the incident became public.

Windsor police chief Rodney Riddle said the department began its own internal investigation immediately after the incident and took unspecified disciplinary action against Gutierrez. But he was not fired until after video footage of the incident went viral over the weekend.

“As things continued to unfold, we got to a point Sunday where I lost faith in his ability to continue to serve the community to the standards that we expect,” Riddle said at a press conference Wednesday.

He suggested that social media and press coverage around the incident made it impossible for Gutierrez to effectively serve the community. Reporters pressed Riddle on whether he made this decision based on the officer’s conduct or based on the national outrage sparked by the video.

“As a result of all those things, I’ve lost my confidence in him to be able to effectively engage this community,” the chief said.

He acknowledged the officers missed opportunities to verbally deescalate the situation. He said Gutierrez did transition from holding his gun to his Taser to pepper spray, but he pointed to comments where the officer told Nazario he was “fixin’ to ride the lighting,” and that he “should be” afraid to exit the car.

Wednesday’s press conference was the first time Windsor’s police chief has spoken publicly since video of the traffic stop, first reported by The Virginian-Pilot, went viral.

Windsor officials were initially vague about the timeline of Gutierrez’s firing.

As outrage mounted over the weekend, the town released a statement that mentioned the internal investigation and the initial disciplinary action, adding that “since that time,” Gutierrez was fired.

Activists expressed outrage after learning of the delay in this officer’s termination.

“Make no mistake: The only reason he’s been fired now is because he and his department got caught. It shouldn’t have taken a viral video,” the ACLU of Virginia said.

Riddle also confirmed Wednesday that the FBI is working with the Virginia State Police to investigate the incident. The Attorney General has requested documents for a possible probe of unconstitutional police practices in Windsor, which Riddle said would amount to nothing.

The chief criticized some elements of the officer’s behavior during the traffic stop, but when asked if Nazario was owed an apology, the chief said: “I don’t believe so.”

He said Nazario passed other well lit areas before stopping and suggested he could have put his hand out the window to indicate he was preparing to stop.

“I’m glad that he’s okay. At the end of the day, I’m glad nobody got hurt, that situation ended the best way it could’ve. I wish he had complied a lot earlier.”

Nazario’s lawyer, Jonathan Arthur, slammed the chief’s comments in a statement released shortly after the press conference, stating they “demonstrate the systemic policing issues that generate civil rights violations across the country.”

He also rebutted the notion that “nobody got hurt,” and said Riddle was engaging in victim blaming.

“OC spray hurts. Being threatened with ‘riding the lighting’ hurts. Being told you should be afraid to follow police commands hurts,” Arthur said.

The Isle of Wight chapter of the NAACP said their members were “appalled” by the chief’s press conference and called for his resignation.

Nazario, a 27-year-old Army medic, was driving through Windsor, a small town of about 2,700 on Dec. 5 when a police cruiser activated its lights and sirens behind him.

According to a police report, officers believed Nazario did not have a rear license plate. Nazario’s lawsuit states the car was brand new and had a temporary plate taped inside the back window (it is visible in body camera footage).

The video shows Gutierrez and Crocker approaching Nazario with their guns drawn and shouting alternately for him to put his hands outside the window and exit the car.

Nazario asks repeatedly for the officers to explain why they stopped him. When he tells officers he is “honestly afraid to get out,” the officer responds: “Yeah, you should be!”

Police pepper spray Nazario and handcuff him on the ground.

Nazario’s lawsuit further alleges the police of falsified elements of the traffic stop in their report. For example, the police reports say Nazario “assaulted” Officer Crocker by “striking” his arm as he tried to open the car door. The lawsuit says this is false based on video footage.