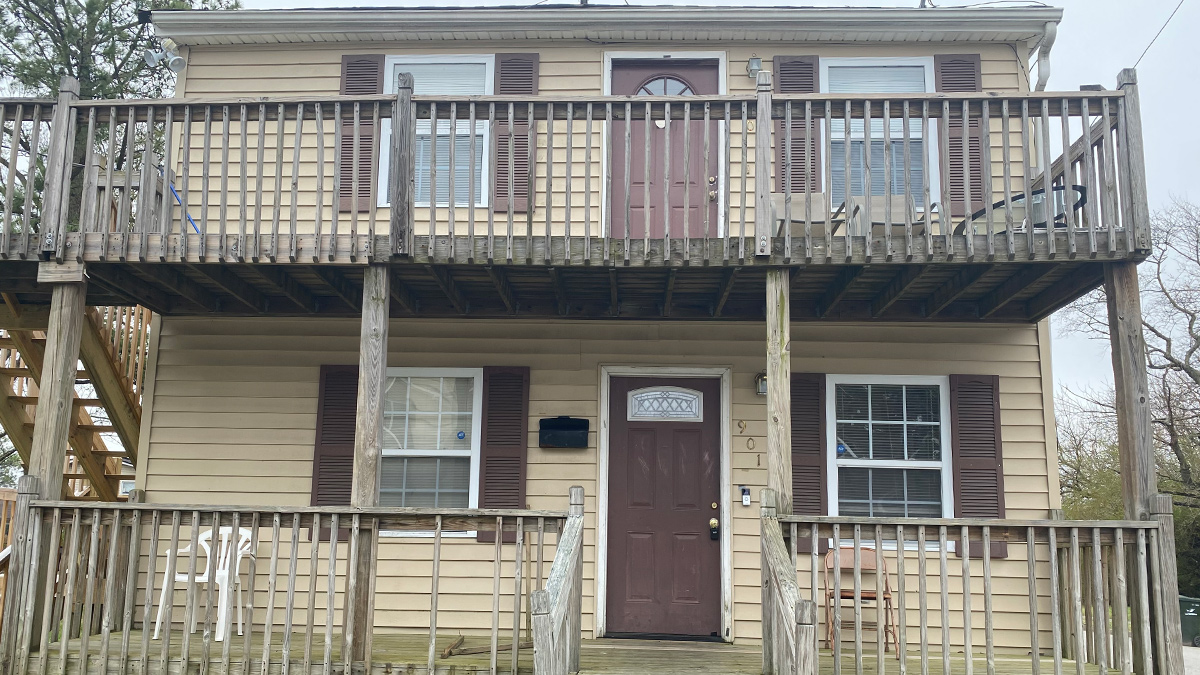 On February 10, 2020, Susan Perry stood before Norfolk’s City Council at a public meeting.

Perry, who helps oversee Norfolk’s redevelopment of the Tidewater Gardens public housing complex near downtown, was giving an update on the project.

She praised the city’s social services support program called People First, which aims to help families who are moving out of Tidewater Gardens.

Officials with the program said their caseworkers would be like life coaches. They would hold residents’ hands as the city forced them to find new housing as part of a massive overhaul of a larger area known as St. Paul’s.

“Hopefully, this is something that makes you proud and it will become a best practice and a model for other cities around the country,” Perry told the Council. It would be a “game-changer” and the “secret sauce,” she added.

The Tidewater Gardens project is just one part of a bigger plan to convert the St. Paul’s public housing community into a mixed-income residential and commercial area. The city also hopes to redevelop two other nearby public housing complexes in phases. Altogether, about 4,200 people — most of whom are Black — would have to relocate from St. Paul’s.

Around the same time as Perry’s presentation to City Council, Brandon Spratley was having a completely different experience.

Spratley was in the process of searching for apartments. Like other Tidewater Gardens residents, he received a Housing Choice Voucher from the Norfolk Redevelopment and Housing Authority to help pay for a new place.

But he had to use it before it expired, and time was running out. He had already received two voucher extensions and doubted he would get another one. He contacted 15 landlords, but none would accept the voucher.

Spratley had been homeless before and was afraid it would happen again. Complicating his problem, he doesn’t drive, so he needed his People First caseworker to take him to look at places.

“He said he was gonna do it,” Spratley remembers. “But he never did.”

Finally, at the last minute, Spratley’s mental health counselor helped find an apartment for him and his 10-year-old son in Norfolk’s Campostella neighborhood.

“I wasn’t supposed to call my counselor to ask for help going places,” he says. “Nobody from People First helped me look for housing.”

As Norfolk continues its massive multi-year redevelopment of Tidewater Gardens, officials continue to applaud People First. But housing advocates and some current and former residents say the city’s rhetoric is disingenuous and exaggerates the true impact of People First.

They complain about turnover among People First’s staff and say caseworkers often show little experience searching for housing in Norfolk. They also point to city data indicating Tidewater Gardens families frequently move to neighborhoods that are much poorer and more segregated than average.

“I would say that’s a tragedy and that’s a failure of the People First program,” says Sarah Black, an attorney with the Legal Aid Society of Eastern Virginia who represents some Tidewater Gardens residents in a lawsuit against the redevelopment project.

Officials with Norfolk and People First acknowledge that staff have left for other opportunities and because of the COVID-19 pandemic. They also admit that some residents have fallen through the cracks and have not been able to benefit from People First as much as the city hoped.

The “Promise” Of People First

More than 300 people so far have moved out of Tidewater Gardens, and the city has started demolishing the complex’s 618 units.

The plan has faced stiff pushback since the city approved it in 2018. Housing advocates and residents argue it will force Black families out of Norfolk altogether. One group of residents has filed a federal lawsuit against the city, claiming the project will also further segregation and thus violates federal housing law.

City officials say they aim to reduce poverty around St. Paul’s and give people opportunities to find better housing. They also say some residents will be able to move back into the area when the redevelopment is complete. The city consistently points to the People First program as evidence that Norfolk assists people with the relocation process.

Norfolk allocates $3.5 million annually to fund the initiative and contracts the national non-profit Urban Strategies, Inc. to manage it.

The idea was for every family to meet with a caseworker, who would “determine goals and create individualized plans for each family member, including children and seniors.”

Indeed, several people have benefitted from the program and found better housing options. Barbara Hagans, for example, recently moved into a duplex in Norfolk’s Bayview community with the help of People First.

“I love it, and I love the fact that my grandson can go outside and play,” she says. “I can’t complain about anything. They got me what I needed, and I really appreciate it.”

Housing advocates acknowledge the program helps some families, but for such a large project, they say “some” is not enough.

Brandon Spratley, who moved to the Campostella area, lives on the first floor of a tan-colored duplex. The apartment has three bedrooms, a front porch and a spacious living room.

But the location, near shipyards along the Elizabeth River, is not what he hoped for. Bus access is limited, and the area is a food desert. According to Google Maps, there is no supermarket within a 10-minute drive. Spratley says he usually pays $40 roundtrip for a cab or Lyft ride to Walmart.

He says Spratley’s apartment is in a historically disinvested area that has long been segregated. Today, Black and Latino residents still make up about 82% of the neighborhood.

“Also...the address is within two miles of 21 different toxins being released into the air, land or water, or being transferred for off-site disposal,” Finn says, citing data from the Environmental Protection Agency. “This is an area that has long-term cumulative impacts of air, ground and water pollution through all the industrialization in this area.”

Spratley was disappointed to hear about Finn’s findings. Although People First convinced his current landlord to accept his voucher, he faults the group for not telling him about the drawbacks of the neighborhood and not helping him find somewhere better.

“If I had known this was that type of area, I wouldn’t have moved to this side,” he says. “They need to step up their game and help people out.”

Zenobia Wilson wants to leave the complex because her unit has mold and her kitchen cabinets are rotting. She says she has asked People First to help expedite her relocation process but has yet to receive her voucher.

“Your caseworker, they’re supposed to help, and nobody helped me,” she says.

Jasmine Sanderlin, who plans to move out in June, says People First helped her find an apartment she likes, but only after she complained to a supervisor. Before that, she says, her caseworker often suggested neighborhoods that were unsafe or lacked access to good schools or grocery stores.

“I want to actually live comfortable,” she says. “Huntersville is not good. Alexander Street isn’t good. My caseworker actually was like, ‘Oh I didn’t know that that wasn’t good. Thanks for telling me.’”

Sanderlin adds that she has had three caseworkers. Another woman, who declined to give her name, says she has had five.

Attorney Sarah Black argues this kind of staff turnover prevents the close relationships city officials promised residents would have with their caseworkers.

“It’s like reinventing the wheel every time,” she says.

WHRO Public Media spoke to eight current and former residents for this story; many more declined to comment. Black says their reluctance stems from a fear of retaliation by the city's housing authority that could affect their future housing options.

Norfolk officials have said they want Tidewater Gardens residents to move to so-called neighborhoods of opportunity — federally-designated areas with less than 40% poverty and less than 62% nonwhite residents.

Sarah Black notes about 41% of Norfolk’s population is Black and argues the city is already heavily-segregated.

She is disappointed that many Tidewater Gardens families are relocating to other low-income predominantly Black neighborhoods. People First officials say about 32% of families have moved to neighborhoods of opportunity.

“We’re going to stay in the same rut as a city unless we affirmatively move to break out of it,” Black says. “One huge opportunity to do that would be if People First were a really good model.”

Norfolk officials repeatedly say they are giving residents freedom to choose where to relocate. They say some families decide not to move to neighborhoods of opportunity because they fear racism in mostly white areas.

“They don’t feel welcomed in neighborhoods where they may feel as though they’re not being welcomed or that they may be targeted,” says Kristie Stutler, Regional Vice President with Urban Strategies, Inc. — the non-profit overseeing People First.

Still, Stutler acknowledges that People First has not benefited some families and says officials are working to improve the program.

“I can give you an example of where we had a family who relocated who had some challenges. She met with us, and we shifted some of the way in which we were providing our mobility counseling services based off of what she shared as her experience,” Stutler says.

Editor’s Note: After receiving community feedback, WHRO changed the original lead photo on this story because it does not fully align with our station’s Code of Ethics, specifically the tenets that require us to treat everyone affected by our journalism with compassion and our call to take special care of those who are vulnerable. We appreciate the feedback.